As is the case with any body of water that is variable, owing to combinations of factors that determine its enlargement or shrinkage, the Marsh could be a resource for fishing or for agriculture, depending on how the prevailing interest was aimed at expanding the cultivable areas recovered from the waters. As a consequence, the history of the Fucecchio Marsh follows that of the policies implemented from the Middle Ages onward for exploiting its different possibilities. Although during the Middle Ages the prevailing activity was the former, public operations have been aimed during the modern age, even if in a variable way, toward lowering the water level in order to broaden the cultivable areas.

The marsh in the Middle Ages

It seems that the system of wetlands consisting of the Fucecchio and Bientina Marshes has a relatively "recent" origin, that is to say, subsequent to the ancient period. The first documentary attestations date back to the Early Middle Ages, when the area was part of the diocese of Lucca. The high number of parish churches before the year 1000 around the vast swampy area of Fucecchio, no fewer than six, is an indication of a densely inhabited landscape. They were the parish church of San Lorenzo di Vaiano, on the slopes of Montalbano, and the parish churches, all dedicated to San Pietro, in Campo, at Neure, at Cellere (later Cerreto), at Ripoli, and at Cappiano. The parish of Cappia included the territory and population that lived on the Cerbaie, the hilly area between the two wetlands of the Fucecchio and Bientina marshes, crossed through by the Via Francigena. After passing the Arno (Arne blanca), the famous itinerary described by the abbot Sigerico in the 10th century passed along the foot of the hill of Salamarzana (Fucecchio) and continued toward Lucca, climbing up on the Cerbaie. The route surpassed a second watercourse right at Cappiano, the aqua nigra, to be identified with the Arme-Usciana, the marsh effluent. The presence of the body of water constituted a source of food and the possibility of survival for the population of its shores. The documents of the time refer to the presence of fishing boats, landing places, fishing rights, and censuses paid by means of fish products from the marsh.

The marsh at the time of Leonardo

During the 15th century the city of Florence, which had now acquired the territories of the Lower Valdarno, could control the wetlands of the Valdinievole, Bientina Lake, and the Fucecchio marsh. The two bodies of water formed, in fact, with the Arno, a system of waterways perfectly integrated with the system of land routes and of great strategic and commercial value for the nascent Florentine Republic. In addition, the marsh, an inexhaustible fish reserve, would have covered the city's fish needs, freeing it from then on, from the need to import seafood products from the coast. In fact, with the construction of the fishery started in 1438 by the Florentine officers at Ponte a Cappiano, the project of the Fucecchio "Lago Nuovo" began to take shape. The sluice would have increased the capacity of the basin and its level of fish resources to the point of making it the primary supplier of freshwater fish to the civitas florentina. This important public initiative strongly influenced the local economy. Although there did remain a form of fishing rights for private individuals, especially for the Fucecchio families who had always survived on the catch from the marsh, the creation of Lago Nuovo soon led to a monopoly of the activity being concentrated in the hands of just a few contractors. For example, it was during this period that the purchases of goods—lands and workshops—by the Medici begin in the Fucecchio area, many of which were located near the lake. And this happened about a century before the purchase and reconstruction by the Medici of the Ponte di Cappiano, which were at the origin of the new, profound transformation of the Fucecchio marsh. Thus, when Leonardo depicted the two bodies of water in his renowned maps of the Lower Valdarno, he reproduced the situation in the wetland of the Bientina-Fucecchio Marsh lake system exactly as it was in the period preceding the Medici modifications. Accordingly, in the Windsor Castle Collection map (RL 12685), we can see the Marsh occupying a very large area. On the right, the Montalbano chain with the Nievole and all the tributaries from the northern mountains. On the left, rendered perfectly, is the wide space of the Cerbaie, the hilly area that separated the two lakes of the Valdinievole. After Altopascio, depicted in its late medieval forms, as a village surrounded by walls, the spur descending from the northern buttresses to wedge into the small lake of Sibolla is very well rendered. On that elevation, near the plain, we see the castle of Montecarlo, with the detail of the Rocca del Cerruglio. The effluent of the marsh is marked by the fortified bridge of Cappiano, near Fucecchio. This representation of the bridge is actually very close to the truth: in Leonardo’s time, and specifically, the time he drafted the maps (1503-1504), the bridge of Cappiano still retained the shape it had assumed during the Late Middle Ages. Fucecchio is represented with the entire 13th-14th-century wall circuit and with the Rocca Fiorentina, clearly visible on the upper, northern part of the hill.

The marsh depicted in the Leonardian landscape of 1473

One of Leonardo's most famous works, the Landscape of the Arno Valley, executed in ink on paper and conserved in the Gabinetto dei Disegni e delle Stampe of the Galleria degli Uffizi, depicts, at center, a view of a body of water that, according to an interpretation by Romano Nanni, widely shared, is to be recognized as part of the Fucecchio marshes. The waters by Leonardo—calm waters, without current—which bathe a plain marked by cultivations of crops, are at the foot of a series of hills of unmistakable shape. According to this interpretation, the conical hill on the right of the chain that bounds those waters is the hill of Monsummano Alto with its castle surrounded by walls on the summit. Its shape, among other things, is extraordinarily similar to that with which Leonardo represents the hill of monsomano in his famous bird's eye view of the Windsor Castle collection (RL 12685). Further observing in the Landscape, just to the left of the hill of Monsummano, we see a second elevation, extending toward the shore of the lake where some vertical forms—which cannot be interpreted as vegetation—would suggest the presence of another fortified village. It would be the heights of the ramparts of the Rocca di Montecarlo, which, on the basis of the topographic elements taken into consideration, would be conformant with that position in the Leonardian drawing. The places represented in this famous drawing would, therefore, have been very familiar to Leonardo, who would have created the landscape making use of various different views, well impressed in his memory, along with elements elaborated from the iconographic repertoire used in the Florentine painting workshops of that time. The drawing displays the date: dì di S. Maria della neve / adì 5 d'aghossto 1473 (on the day of Santa Maria della Neve / 5 August 1473). On that date Leonardo was 21 years old, and he had been, already for one year, enrolled in the Compagnia dei Pittori, in Florence. Although the ink-on-paper landscape is the artist's first dated work, it certainly was not the first. Leonardo had just created the Annunciation of the Uffizi, so he was already a master, even while continuing to work in the workshop of Verrocchio.

Leonardo, "the Madonnas of the lake", and the marsh ferries

The date of the Landscape is augmented by a reference to an anniversary, the festival dedicated to the Madonna delle Nevi. This devotion to Mary was particularly appreciated by the population of this corner of Montalbano, especially in Monsummano and Montevettolini, where the cult has been documented since the Middle Ages. Leonardo's Landscape is certainly the result of the memory of familiar places he had left only a few years before. Even the reference to the feast of the Madonna, so popular, does nothing other than recall the idea of a specific memory linked to the environs of Vinci. One cannot but imagine the years of Leonardo's childhood, cadenced by the rhythms of daily life, as also by the periodic popular recurrences that gave rhythm to the life of every inhabitant of those communities. We know, for example, from the research of Renzo Cianchi, the first librarian of the Biblioteca Leonardiana, that Leonardo’s own stepfather, the kilnman Antonio Buti, called Accattabriga, was at the feast of the Madonna di Massarella on 8 September 1470. The festivity of local church, the parish church of Santa Maria di Massa Piscatoria, must have attracted people from all over the district if the people who were with the Accattabriga at the feast of Our Lady on September 8th came from Vinci, Orbignano, Empoli, and Pontorme. The road that led from Vinci to the Accattabriga house, in Campo Zeppi, in the community of San Pantaleo, continued toward the west, until reaching the banks of the Marsh, a few kilometers away. Massa Piscatoria was on the opposite side, reachable either by crossing the effluent rivulet of the lake (from which the ancient name of the church, called Ultrario), or by using the characteristic marsh boats. The banks were dotted with landings, such as Le Morette, the small historic port enhanced by the Centro di Ricerca Documentazione e Promozione del Padule di Fucecchio (Research Center for Documentation and Promotion of the Fucecchio Marsh), where today you can still see specimens of noccoli, the typical flat-bottomed barges. The largest boats used for the transport of goods and people, the navicelli (small ships), glided through the marshes until the last century and today can be seen only in vintage photos kept at the Center. Nonetheless, if we examine Leonardo's 1473 Landscape, we can glimpse the characteristic profiles of the curved bows of the navicelli on the calm waters of the marsh. On the other hand, Fucecchio panel from the 15th-century depicting the Madonna con il Bambino in gloria e santi (Madonna with Child in Glory and Saints)—painted by commission from the women’s Confraternita della Vergine Annunciata, yet another testimony of the devotion to Mary by of the people of the Marsh—represents an image, toward the lower part of the painting, of a barchino, a typical flat-bottomed boat entirely similar to specimens from the marsh. The panel, created by Giovanni di ser Giovanni, called Lo Scheggia, brother of Masaccio, is conserved in the Pinacoteca of the Museo Civico of Fucecchio. The Vergine col Bambino (Virgin and Child), framed by the violent red of the cherubs, is flanked by four figures. On the left side, San Sebastiano is positioned on a spur of dry land, while San Lazzaro and Saints Marta and Magdalene are standing on the barchino of the Marsh. This is an allusion to the journey of the three saints who, according to a tradition spread in the Middle Ages through the Legenda Aurea by Jacopo da Varagine, supposedly arrived in Provence from Palestine. The Museo Civico of Fucecchio also conserves a very rich ornithological collection dedicated to the local fauna, both fossil and contemporary, of the Fucecchio Marsh.
Texts by
Silvia Leporatti / English translation by John Venerella
Related resources
Related places
Gallery 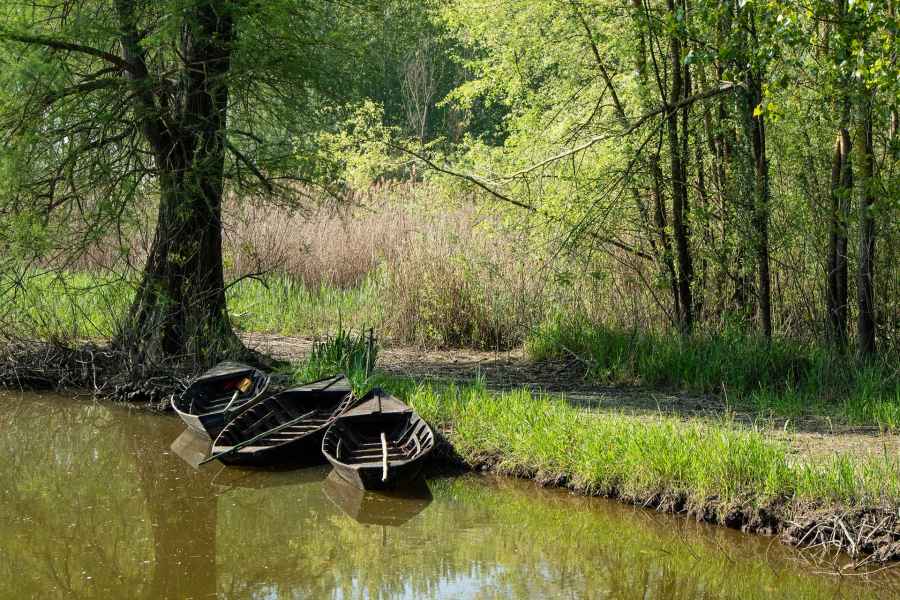 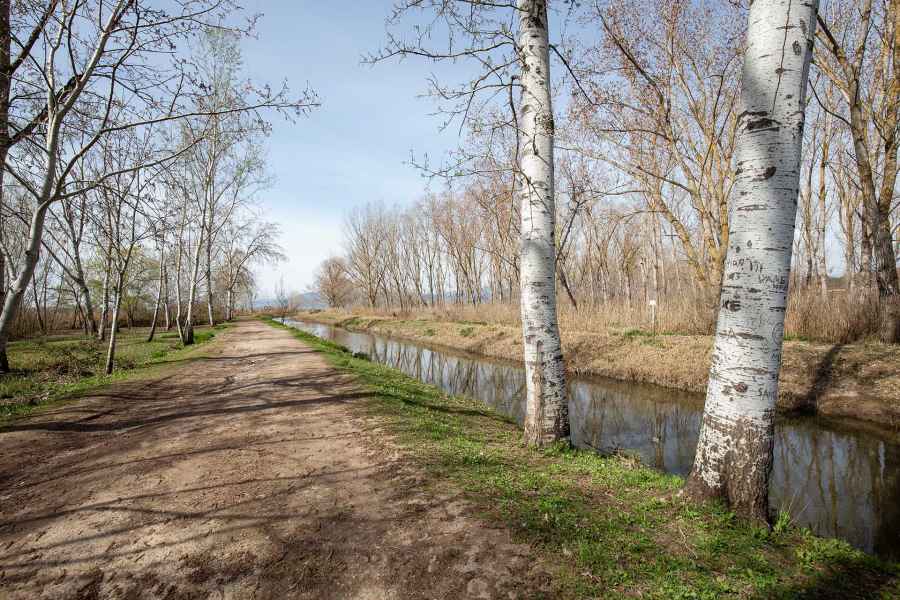 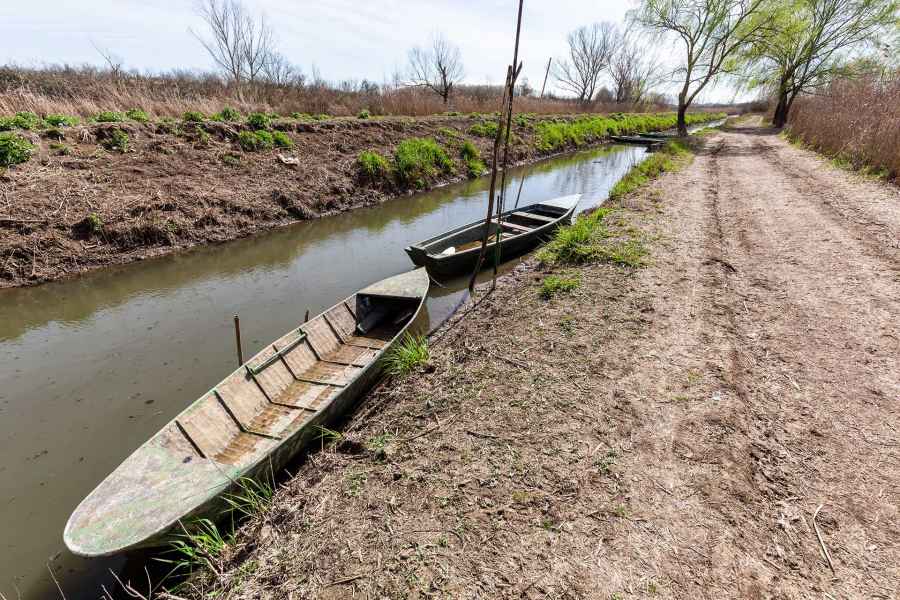 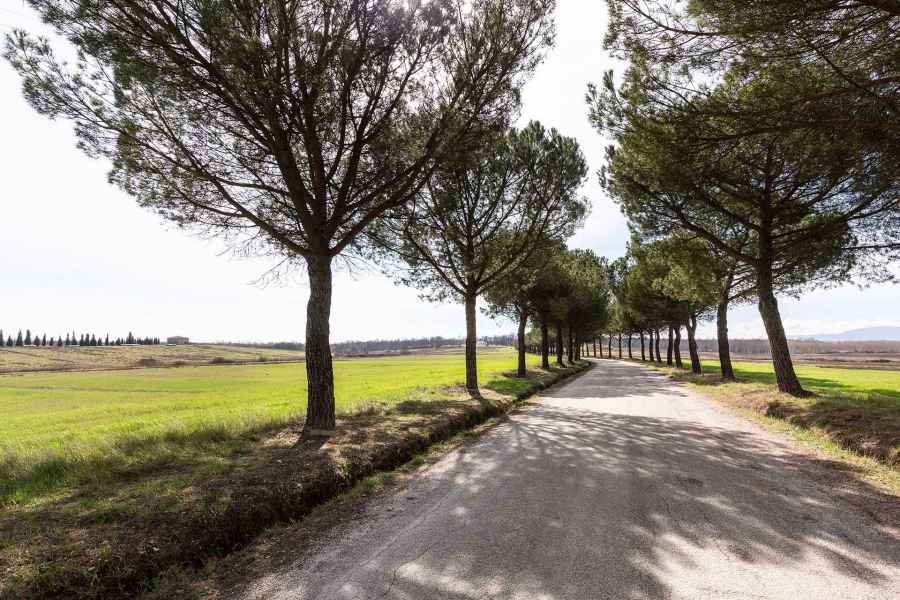 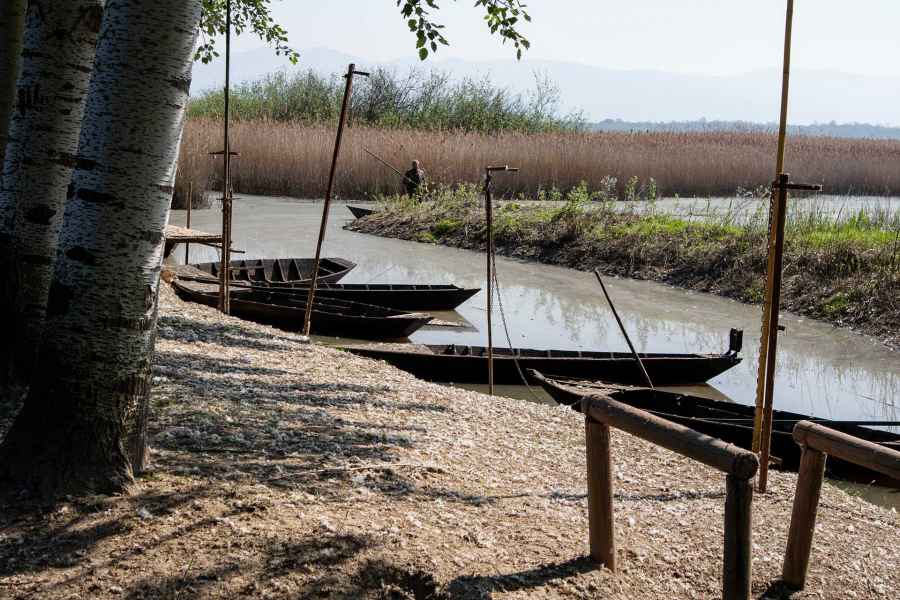 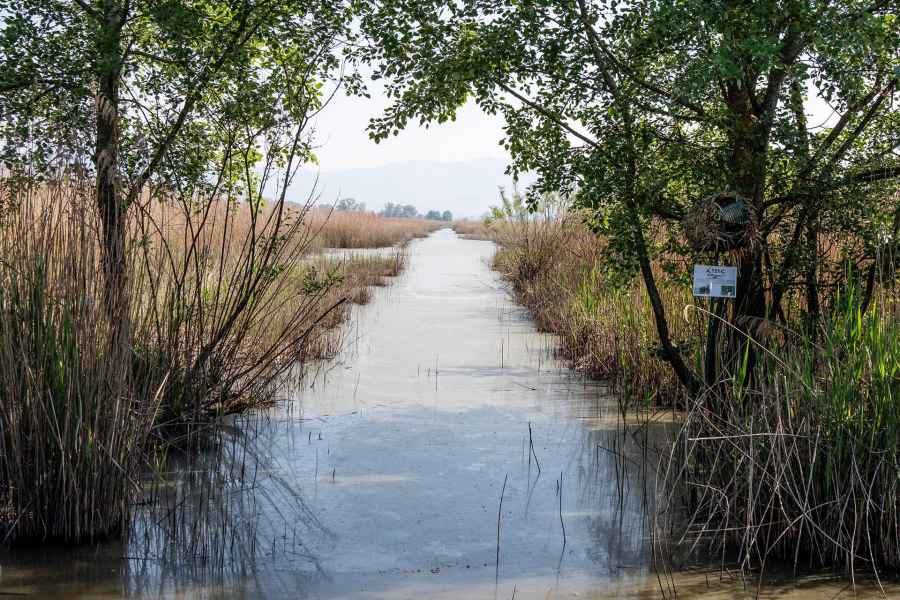 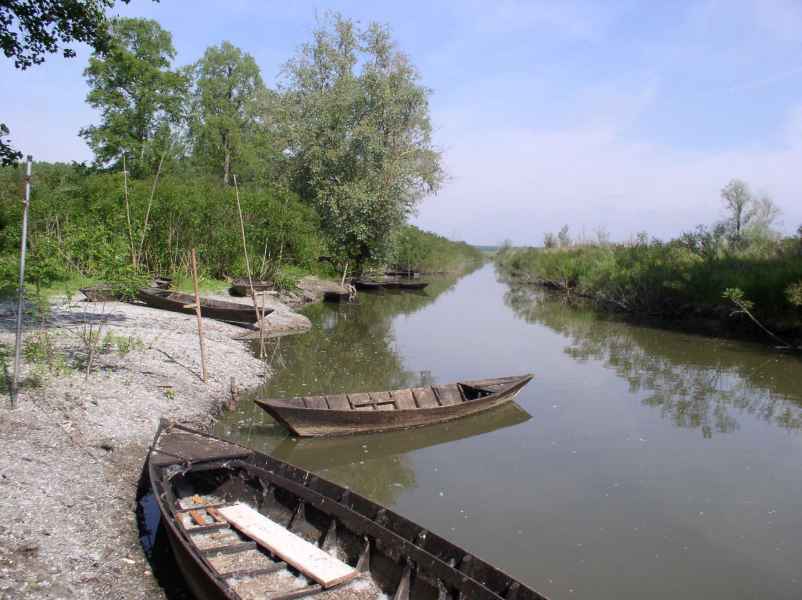 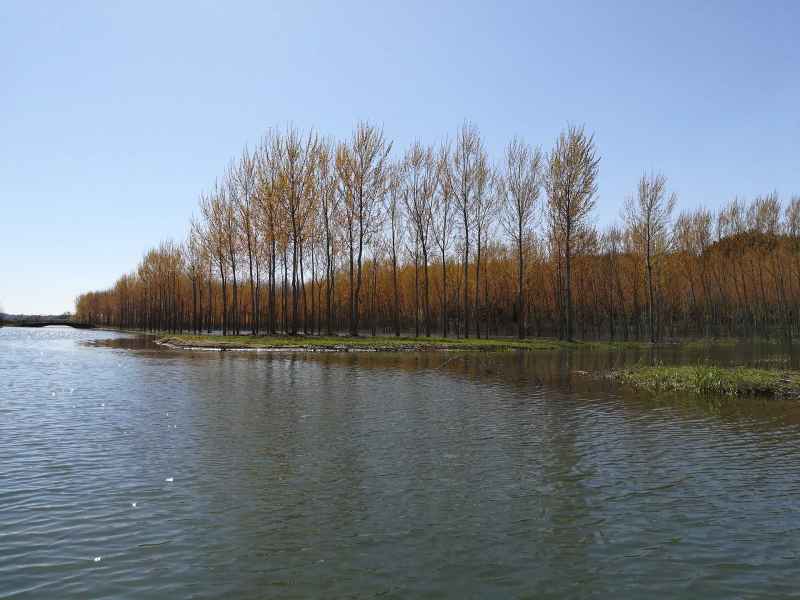 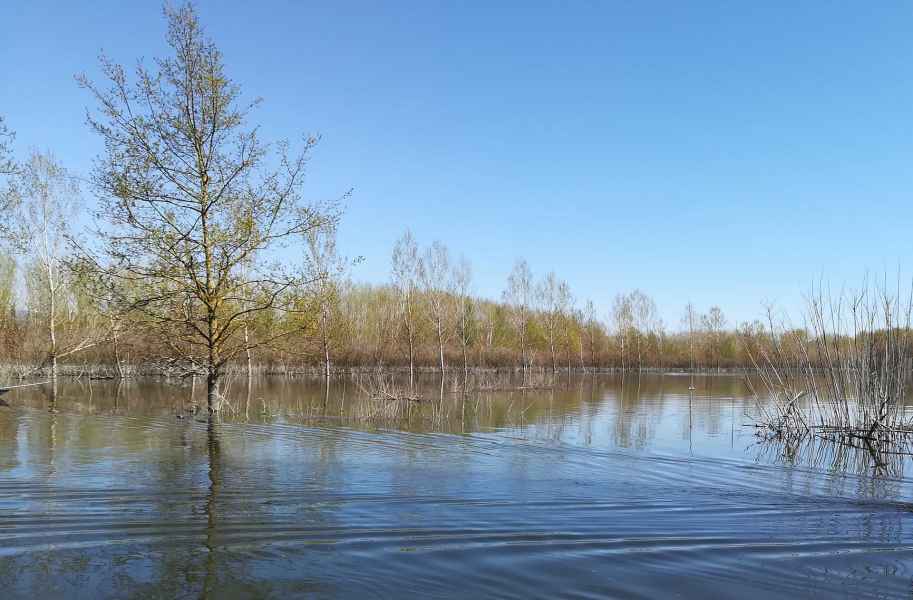 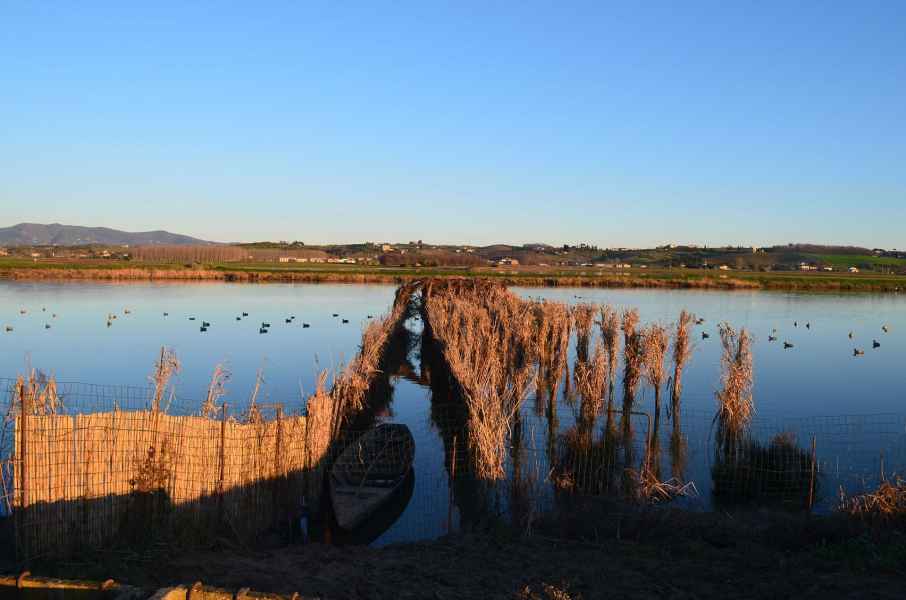 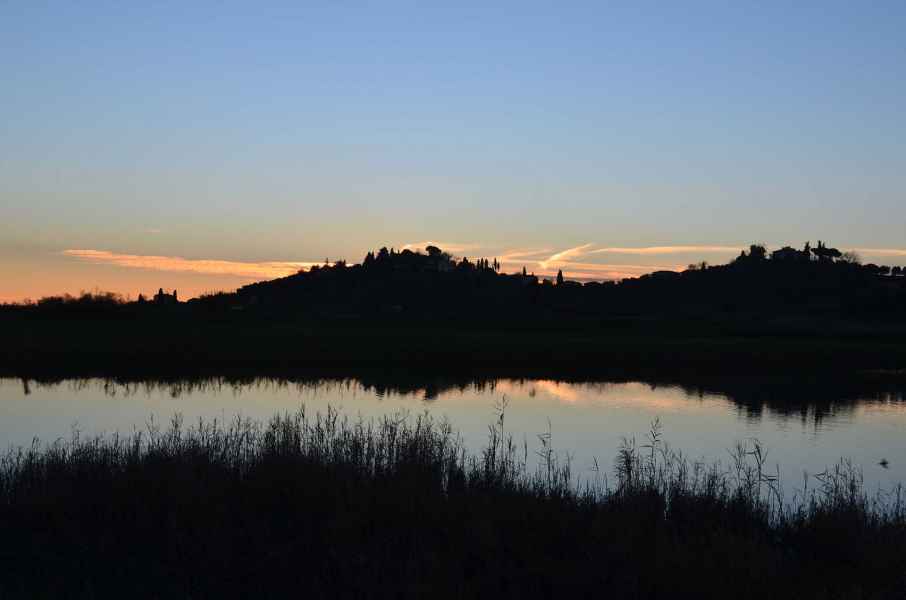 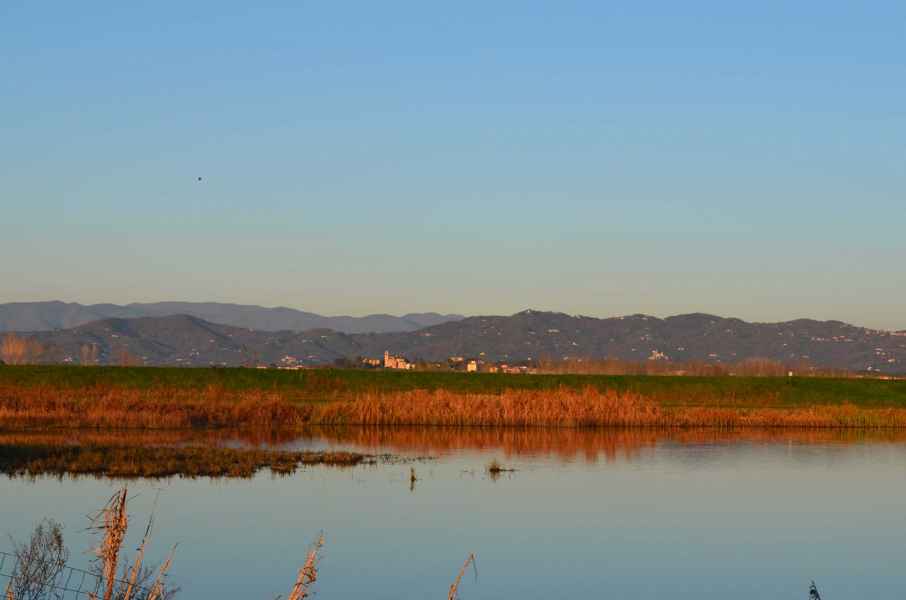 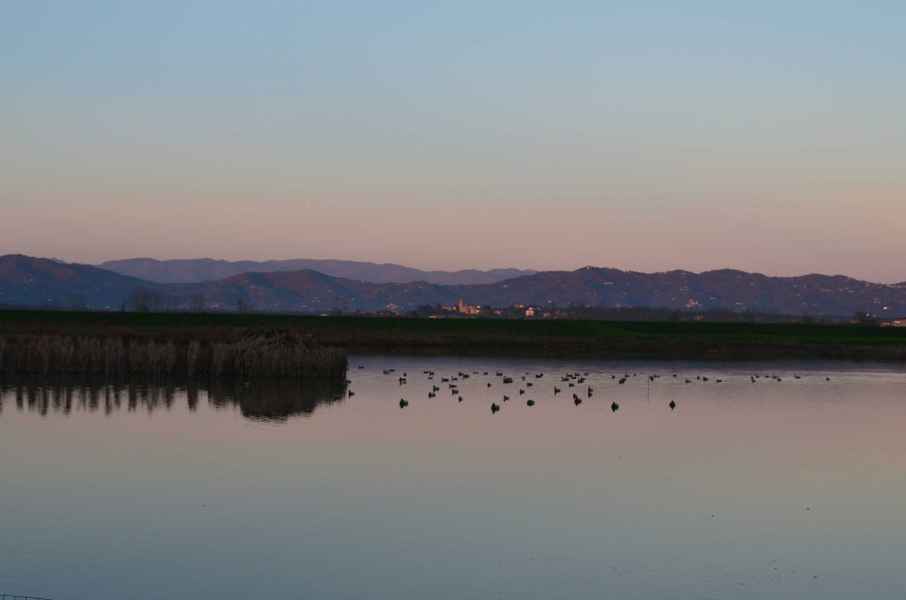