The Center carries out research and monitoring of the environmental quality of the Fucecchio Marshes and is responsible for organizing visits to the Nature Reserves. The center is guided by a technical-scientific committee and collaborating specialists in naturalistic disciplines who are experts in promoting the conservation and enhancement of the marsh. Diversified itineraries are planned for tourists, enthusiasts, and schools, with specific educational proposals, as well as a laboratory for Environmental Education. The Castelmartini Visitors’ Center presents a good collection of documentation on wetlands: photographic exhibitions on flora and fauna, artefacts made with marsh grass, and a well-stocked thematic library.

The natural environment of the Marsh

One of the most suggestive routes, and one in which it is possible to immerse oneself in the marshy environment, is the naturalistic itinerary "Le Morette" (diving ducks). From the port of Le Morette begins a country path leading to the interior of the marshy basin where a wildlife observatory equipped with screened loopholes allows observation of the Reserve’s great clear expanses of water surrounded by reeds. During spring and summer, seven species of herons nest in this place, while in autumn and winter months, the clear expanses host thousands of ducks, coots, and other wintering water fowl.

Leonardo, the barchini (barges) and the noccolelli (small watercraft) of the Marsh

Since the Middle Ages there has been evidence of use of the marsh system as an internal navigation route. The Fucecchio-Usciana marsh system was an important waterway link between Pisa and Florence through the Valdinievole. In 1780 there were still more than 50 port facilities, often consisting of simple landings, used for various types of watercraft: from the small nocciolelli, which later became barchini (small boats), to larger ones that loaded goods, such as barconi (big boats) and navicelli (small ships). Today only the barchino remains, a small typically flat-bottomed boat, blackened by pitch, used mainly by hunters. In the famous 1473 Paesaggio (Landscape) by Leonardo, according to a recent interpretation, what we see depicted at the center would be a foreshortening of the Fucecchio Marshes, on which it seems we can make out one or two small watercraft with their typically curved bows. The 1473 Paesaggio dell’Arno (Arno Landscape) will be on display in the exhibition entitled Alle origini del Genio (At the Origins of the Genius) (Museo Leonardiano, Vinci, 15 April - 15 October 2019). Further, in the Museo di Fucecchio, there is a painting from the mid-15th century, by Lo Scheggia, Masaccio's brother, depicting a little marsh noccoletto (small barge): the Madonna con il Bambino in gloria e santi (Madonna and Child in glory with saints). The Virgin with the infant Jesus, framed by the violent red of the cherubs, is flanked by the figures of four saints. On the left side, San Sebastiano is positioned on a spur of land, while San Lazzaro and Santa Marta and Santa Maddalena are standing on a typical marsh vessel, the noccolo, or small, flat-bottomed boat. This is an allusion to the journey of the three saints who, according to tradition, arrived in Provence from Palestine.

One of the wetlands managed by the Center is that of Arnovecchio, near Empoli. Arnovecchio, as the name implies, is a paleo-meander, or a deep bend that was rectified during the 16th century. Leonardo was probably the last to have seen and documented the curved shape of the Arno at this point, before its elimination. In the numerous maps of the Valley of the Arno drawn by Leonardo, like the famous view of the map RL 12685 of the Windsor Castle collection, we can recognize all the bends of the river of the plain of Empoli, including the deep meander, later rectified, which now hosts the naturalistic oasis. It was also used as a quarry for production of gravel. The geological formations that characterize this area evoke Leonardo's notes on the "ghiare" he observed along the river between Capraia and Montelupo, and on the sediments rich in fossils of marine origin from the area of ​​Spicchio (Collegonzi).
Texts by
Silvia Leporatti / English translation by John Venerella
Related resources
Related places
External links
Gallery 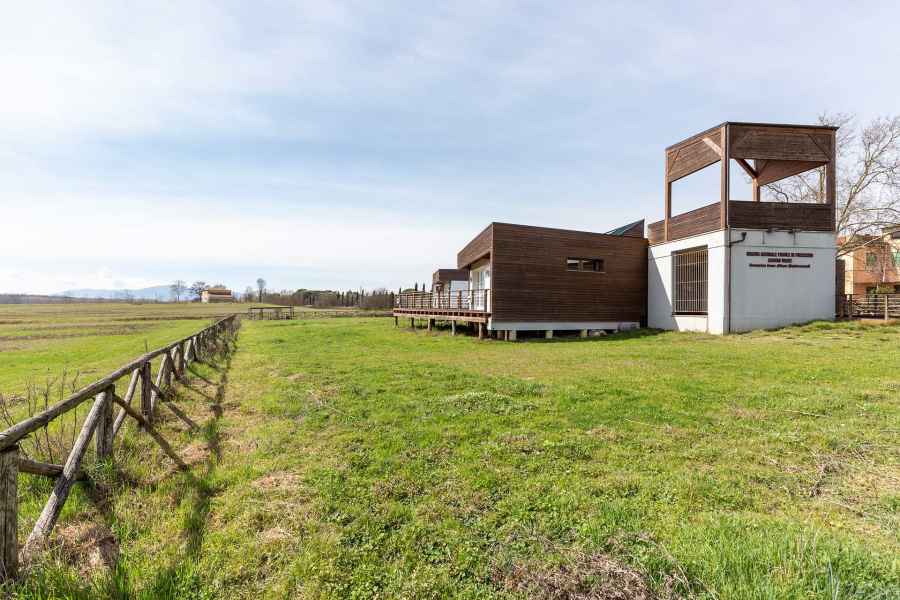 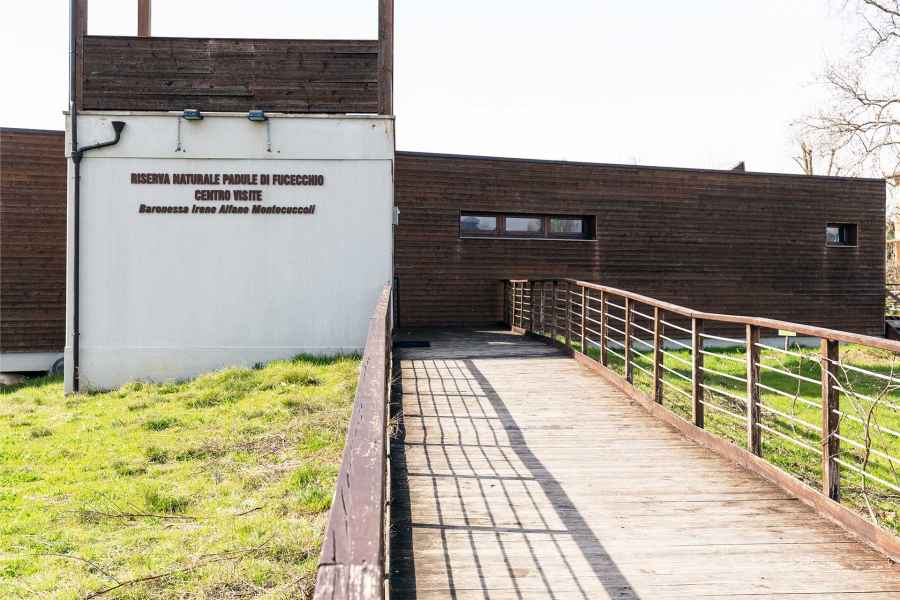 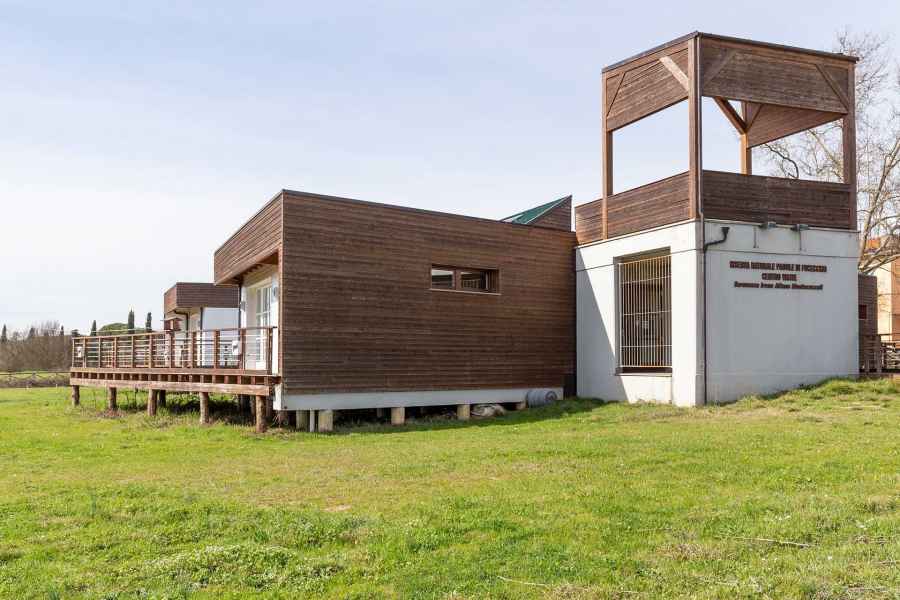