The church of San Donato has belonged since the 13th century to the parish of Sant'Ansano in Greti, the extreme border of the diocese of Pistoia. In 1254 it belonged to the Counts Guidi, the lords of Vinci. During Leonardo’s time, the furnace where Accattabriga worked, the man who married Leonardo's mother, Caterina, was probably in the community of San Donato in Greti, in the locality of Mercatale. From the area of Campo Zeppi to San Pantaleo, famous for the fact that the house of Caterina is still preserved, it is possible to reach the beautiful hills of the community of San Bartolomeo a Streda, where Leonardo's family owned its most productive vineyards, and arrive to the locality of Mercatale and San Donato, in Val di Streda, up to Collegonzi, where a network of neighboring byways runs along the hills rich with Leonardo's famous "nichi" (fossil shells).

The oldest attestation of the church dates back to the mid-13th century, in 1254, when the ecclesia de Sancto Donato de Greti was sold, together with the castle of Collegonzi, the parish church of Greti, and other churches of the same parish, to the city of Florence. The assets involved in this sale belonged, at that time, to the powerful and noble Guidi family, who already, at the end of the 11th century, owned, in finibus Greti, the castles of Cerreto Guidi and Vinci. In the same document, the noble family gave Florence a series of rights of passage, including those relating to the rectory of the castle of Collegonzi. Among these, the toll is mentioned, that is to say, the passage de Sancto Donato, as well as that of Sovilliana.

San Donato in Greti in its current forms

Today there is nothing left of the church of the Counts Guidi: the current building, in fact, from the external lines of neoclassical flavor, is the result of a 19th-century reconstruction. A plaque on the façade commemorates that the economic enterprise of constructing the new church was supported, in 1838, by the parish priest, Lorenzo Picchiotti, and by “members of the community", the souls of the community of San Donato in Greti. The façade, divided into three parts by four pilasters, has a simple entrance portal in wrought pietra serena. The one-room building, with a single nave covered with wooden trusses, culminates, in the apsidal area, with the tribune crowned by a small dome. To complete the neoclassical style of the interior we find the two lateral columns of the Ionic order, based on the steps leading to the presbytery, which support the arch that divides the roof of the building from the dome. The building is surmounted by a small bell gable housing two bronze bells, which, on the basis of the gothic inscriptions appearing on them, must have belonged to the older church, being artifacts datable to the 14th century. Inside there are three altars consisting of just tables, of recent construction. The most valuable work is certainly the 16th-century painting, mentioned by pastoral visits, placed above the main altar, from 1549, the Madonna con il Bambino tra i santi Donato e Antonio Abate. The presence of the titular saint confirms that the work was carried out specifically for the church of San Donato in Greti, and was attributed by Paolo Benassai to a work from the 1420s by Florentine painter Giovanni Antonio Sogliani. On the main altar, today there is a 19th-century wooden crucifix carved in the round, of the Florentine school, while along the side walls we can admire the engravings of Luigi Sabatelli depicting the Stations of the Cross.
Texts by
Silvia Leporatti / English translation by John Venerella
Related resources
Related places
External links
Gallery 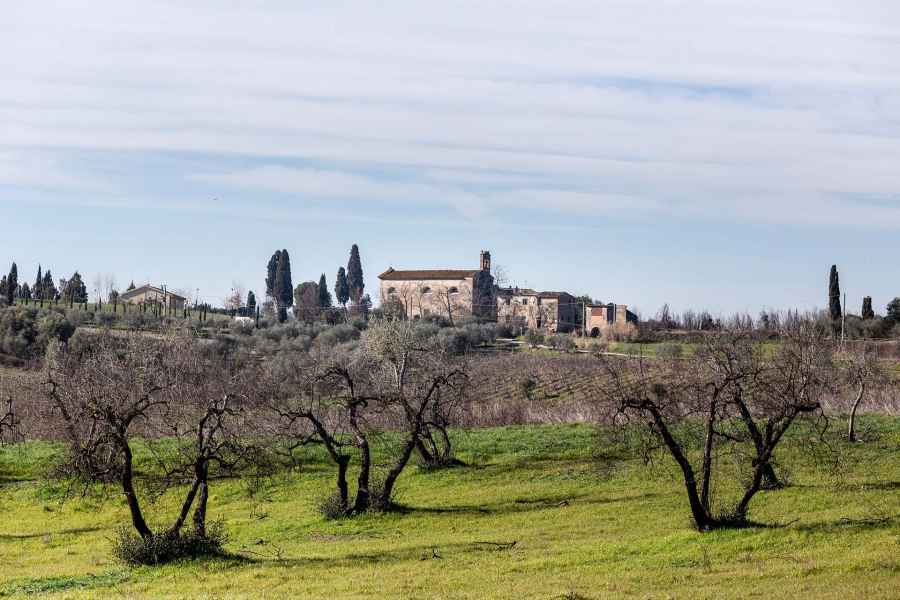 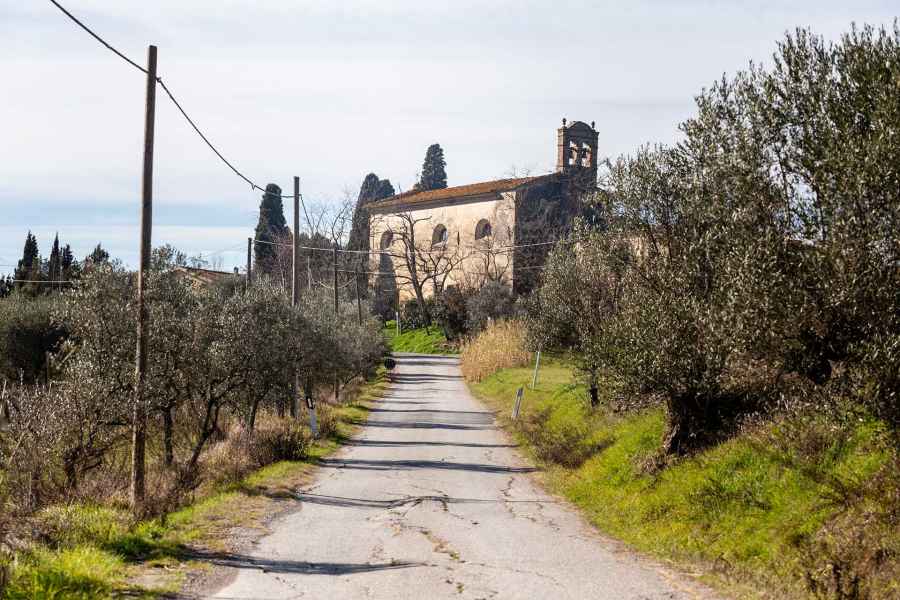 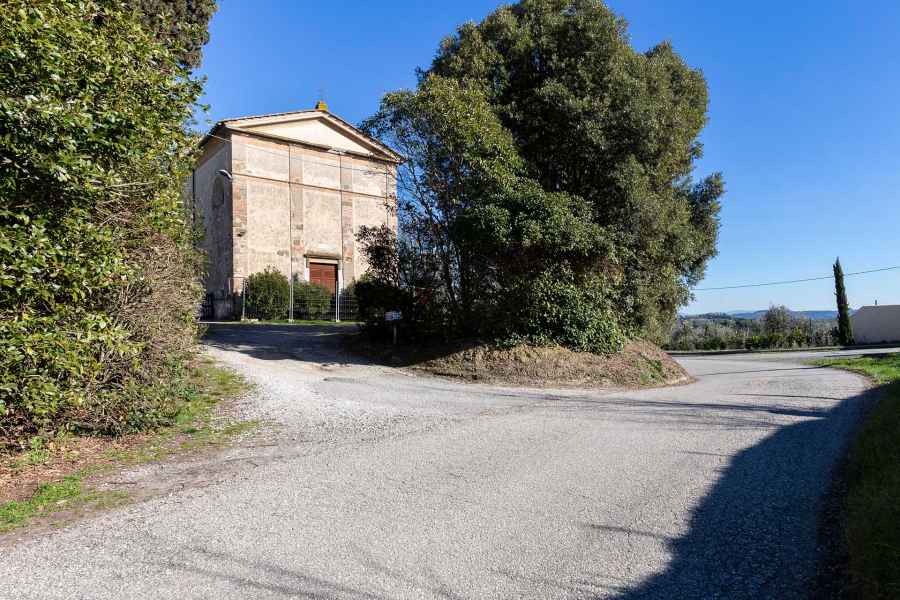