On the slopes of Montalbano, drawn by Leonardo on map RL 12865 of Windsor, the villages of Capraia, Castellina, and Castra are aligned above one of the most pronounced bends of the Arno. The latter, unlike the other two, looks more like a mere agglomeration of houses than an actual castle. However, written sources from the Middle Ages refer to this settlement as a genuine castrum.

The origins: a small castle in the Pistoia district

At the beginning of the 13th century the small town of Castra was part of the territory dependent on the city of Pistoia. Its appearance in the municipal papers of that city dates back only to 1222, when, the homines de Castra were guilty of brigandage to the detriment of Florentine merchants. The event ended up in the public papers of the town of Pistoia, because it occurred in the context of war acts between the cities of Lucca and Pisa: the raids carried out by the men of Castra were sanctioned by Florence, then allied with Lucca against the Pisans; and the municipality of Pistoia, in whose district the incident occurred, had to ratify the restitution of the more than 700 squirrel skins taken from Florentine merchants. In the middle of the 13th century the Liberor Focorum—the register of the population of the circumscriptions of the district of Pistoia—reports, for the small rural town of Castra, a list of 41 "hearths", i. e., families residing in what must already have been a castle, or would, in any case, have become so within a short time. In the early 14th century, in fact, Castra is called Castrum Castri Vallis Arni, or "castle of Castra della Valle dell'Arno", while the nearby village of Conio is still defined as an open village (Villa Conii Vallis Arni). At that time, the boundary of the Pistoia district had come to include the castles of eastern Montalbano (Carmignano, Artimino, and Bacchereto) and the small castle of Castra, represented for some time one of the most tenacious cornerstones of the territory of that city. The road that, passing over the ridge of Montalbano, reaches Castra and then Castellina near Limite Sull'Arno, made it possible, among other things, to easily connect the city of Pistoia to the Lower Valdarno and the river.

Castra between Pistoia and Florence

Throughout the 13th century the small rural municipality retained its framework within the Pistoia administrative system. One of the first entries of the Statute of the Podestà of the municipality of Pistoia (1296) lists the podesterias of the territory subject to the city: as far as the Montalbano Pistoiese was concerned, there would be an election of a single podestà for the villages of Vitorino, Castraconio, Pupilliana, and Castellina Vallis Arni et Colle. These were peripheral governmental organs, with administrative and military functions, located especially in the border areas of the city district. Even in 1314, the most important villages of the eastern Montalbano—Carmignano, Artimino, and Bacchereto—were part of the Pistoia districtus, but war events of the late 1320s radically changed the boundary line between the territories of the cities of Pistoia and Florence. In fact, in 1329, Florence succeeded in insinuating itself significantly within the Pistoia block of Montalbano: the castle of Castra and the nearby villa of Conio, together with the castle of Lamporecchio, remained formally with Pistoia, while the castles of Carmignano, Artimino, Bacchereto, Castellina, and Vitolini officially entered the Florentine administration.

The statutes of Castra and Conio of 1411

At the beginning of the 15th century the city of Florence, now having assumed definitive control of this sector of the Valdarno, reorganized its administrative circumscriptions. Castra and Conio, together with that part of the countryside that gravitated more directly around the city of Pistoia, and with which economic ties were more firm, remained within the podesterias of the Pistoia administration, which however was reconfigured following the administrative reforms taking place during those years. The new organization of the peripheral organs of the early 15th century included, in some cases, the reduction of the number of podesterias, by means of unification. This was a measure aimed at strengthening the administration, as it would have facilitated recruitment of more qualified, assiduous, and competent personnel in the management of the territory. This type of solution was aimed at facilitating, in the management of new territories, the formation of a stronger public jurisdiction, which limited recourse, still very much in use, to private vendetta and riots. Rural communities such as Castra then increased their public experience with richer and more structured local forms of administration. In 1411 the small town of Castra was endowed with its own statute, able to regulate the most specific aspects of the local situation. For example, the entire production of olives had to be pressed at the mill working structures of the city of Pistoia, to whom would be obviously due the relative duties. In one of the clauses of the 1411 statute, the castle is explicitly mentioned for Castra: therefore, in the early 15th century, the small population center was still fortified with 13th-14th century defensive structures.

The castle of Castra in the age of Leonardo

Castra was drawn by Leonardo as a small cluster of houses in which we can perhaps recognize the traces of a fortified settlement, although smaller than the neighboring towns of Castellina and Capraia. As has been seen, even in the early 15th century, in the statute of the small rural municipality, the castle of Castra is mentioned: it was in this form, therefore, that Leonardo drew it on the slopes of Montalbano, in one of his most famous maps of the Valdarno, while the neighboring village of Conio is not shown. Castra during the Late Middle Ages counted a population numbering just over a hundred. In the age of Leonardo, the economy of the small town, situated in direct contact with the forests of Montalbano, and perfectly connected with the Arno, was oriented toward procurement of timber for the needs of the ferrymen, who were becoming ever more numerous at Castellina and Limite, along the right bank of the river.
Texts by
Silvia Leporatti / English translation by John Venerella
Related resources
Related places
Gallery 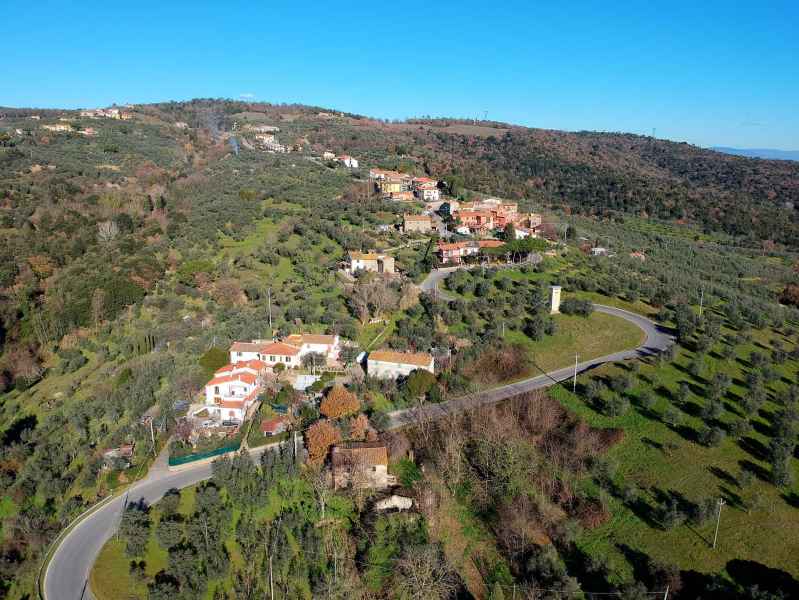 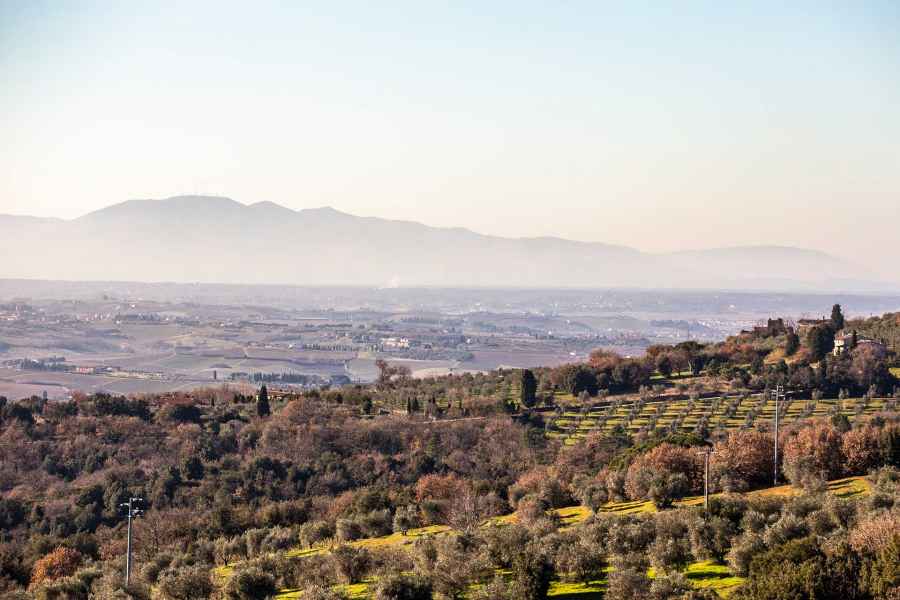 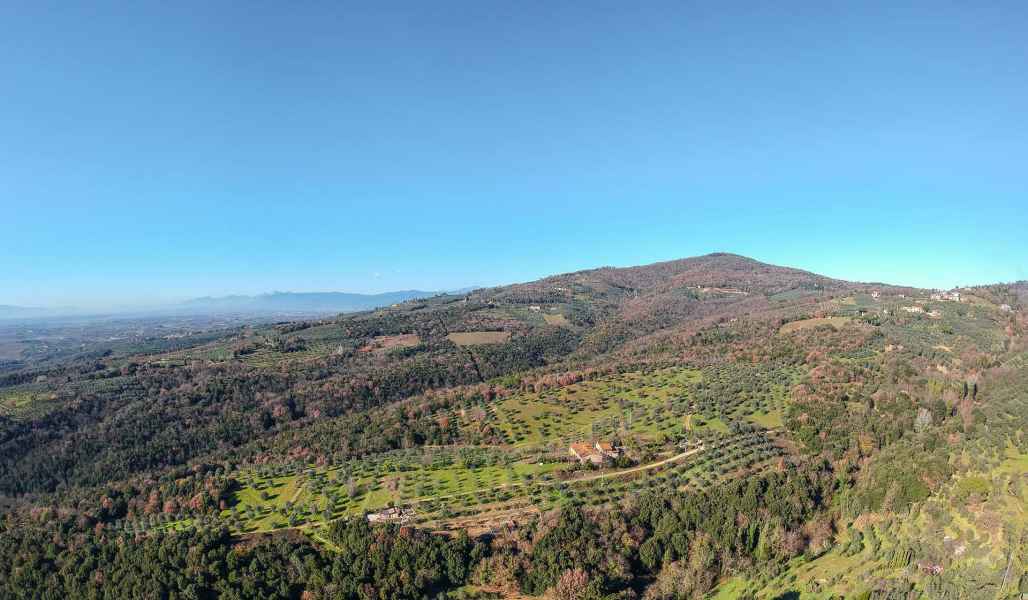 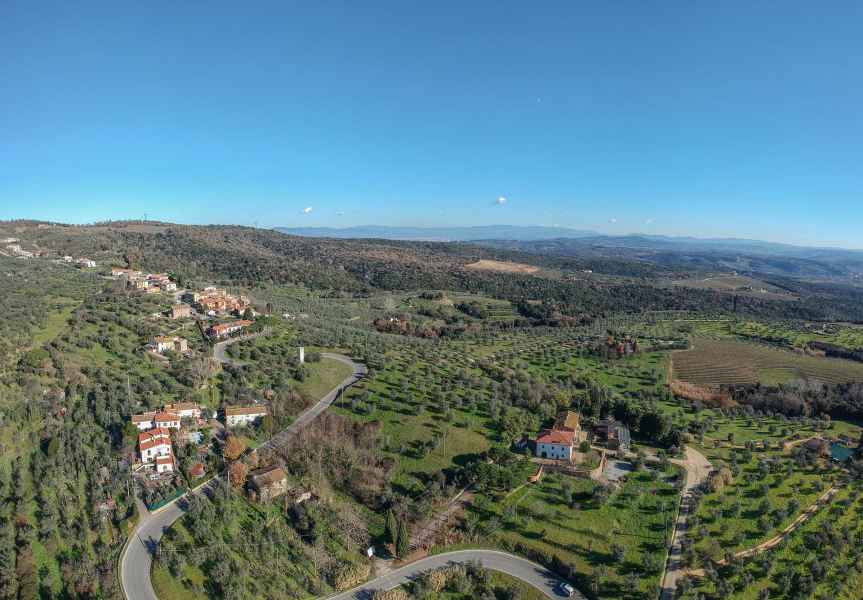 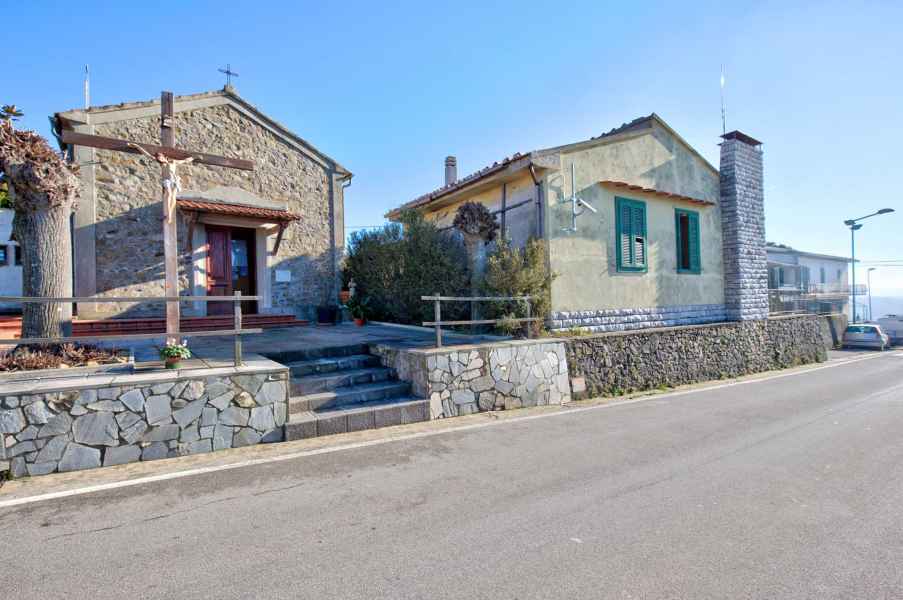 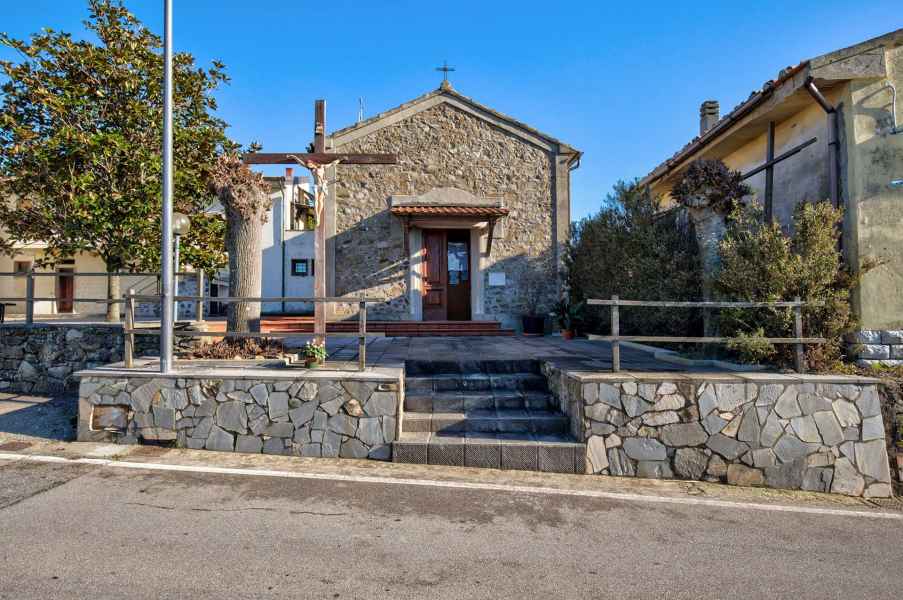 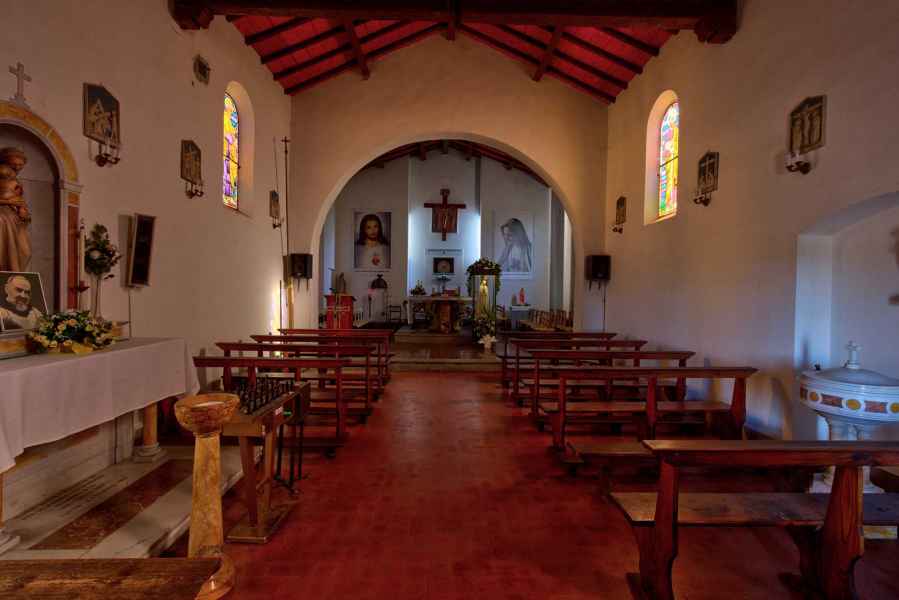