One of the folios of the Codex Atlanticus, the largest collection of texts and drawings by Leonardo, mentions a place familiar to the Genius from Vinci: the molino della doccia di vinci, or the Mill of La Doccia di Vinci (Codex Atlanticus, f. 765r). On the folio, Leonardo depicted part of the hydraulic mechanism of a mill that he must have seen personally in his native village, and which is still preserved today near Vinci. The Mulino della Doccia (Mill of La Doccia) has, in fact, maintained its name through the centuries, to the point there is no doubt in identifying the object Leonardo depicted as the hydraulic works situated just above the castle of Vinci, along the road to Montalbano. Strada Verde (The Green Road).

The Vincian folio dates to the years 1506–1507, the same period when Leonardo also created the three drawings related to the project of the barrier for creating a reservoir near Vinci. During these years Leonardo was probably in Milan, but it was not long after his stay in Valdarno that he had been involved in the development of the amazing project of a navigable canal, alternative to the Arno, that would connect Florence to the sea (RLW 12685, 1503). The knowledge he gained, in the various fields of technical knowledge he cultivated, owed a great deal to the talent he had in making the most of direct observation. The topographic maps made during the period spent traversing and studying the Arno Valley, whose orographic and topographic details Leonardo knew very well, are proof of the strong empirical character of his knowledge. In the same way, so is the design of the mechanical parts of the molino della doccia (mill of La Doccia), which he had seen—who knows how many times—as a young man, near the walls of the castle of Vinci, and the name of which appears next to the sketch.

Leonardo and the mills of Vinci: experience and theoretical principles

Another folio of the same Codex, on which the mechanism of the Mill of La Doccia is found, dated to the same years, reports a highly original study on the force of water as it impacts the blades of a hydraulic wheel (Codex Atlanticus, f. 556 r). On the folio, four different positions of the stream of water are drawn with respect to the wheel, along with the consequent calculation of the force produced, maximum and minimum: a veritable handbook for calculating the forces to be used in designing hydraulic wheels, based specifically on the inclination of the jet of water. The principle is stated quite clearly in a text from a folio in the Codex Arundel, emphasizing the importance of directing the jet of water in a course tangential to the water wheel in order to actuate its movement: "It is impossible for any power pressing perpendicularly, from the circle toward the center of the wheel, ever to cause that wheel to turn” (Codex Arundel, f. P 55r). The Leonardian principle, which in this case filled a fundamental gap in the structure of his predecessors’ studies, was based largely on experience. This is demonstrated by the drawing of the mechanism of a hydraulic wheel, executed around the years 1478–1480, in which the jet of water is oriented by two bellows in such a manner that it arrives to it tangentially (Codex Atlanticus, f. 46 r). Leonardo must have personally experienced the calculation of the forces applied to the case of the wheel of a hydraulic mill, and then given them the form of a principle. It was in 1478 that Leonardo returned to Vinci in order to attend the stipulation of the act by which his family was granted management in perpetuity of the municipal mill that was located in the village at the foot of the castle. For Leonardo, who had lived in his father’s house in the castle village from the time of his early youth, the mills that dotted his land must have been very familiar to him. From the village he could take the road to Montalbano, along which ran the millrace, the water channel that, at that time, fed the Mill of La Doccia, before heading to the castle and the factory works of the village of Vinci. The map of the Capitani di Parte Guelfa relating to the castle of Vinci shows a clear drawing of the canal deriving from the river that descends from the north, on to powering the factory works indicated as Mill of La Doccia dei Ridolfi. In the second half of the 16th century, the mill depicted by Leonardo belonged with certainty to this family of Florentine origin, who also had several possessions in the area of ​​Anchiano, Il Ferrale (ferale dei ridolfi), and several mills on the Rio di Balenaia-Vincio. The area of Anchiano straddled two of the valleys richest in the area for hydraulic works, the gorge of the Rio di Balenaia and that of Querceta, called Vallebuia, where the da Vinci family had most of their farms.

In the landscapes around Vinci, Leonardo had the opportunity to observe the functioning of the many mills and to draw from experience the information that we see translated later into principles, as for example, in the folios dedicated to calculating the force applied to a mill wheel in relation to the direction of action of the force itself. He must also have been able to observe the collection system for the water that powered the mill. The system is well represented in the late 16th-century map by the Capitani di Parte Guelfa showing the castle of Vinci. Just north of the castle we can see a channel fed by the stream corresponding to the current Rio di Querceta, at the time, the Rio Castellano, which continues toward the valley to the east of Vinci before flowing into the Streda. The canal, instead, heads toward the castle, to power the Mill of La Doccia. It then continues along the walls on the west side where it reaches and operates the village’s hydraulic plants. This, probably, is the millrace, mentioned in the Statutes of 1412, a channel that enjoyed special protection from the municipal institutions: certainly the long canal that took in water at the point of the weir, whose remains we can still see just north of Vinci, reachable from the wayside marker of Troscia, where appropriate signage indicates the pescaia del mulino della doccia (weir of the Mill of La Doccia). Gradually penetrating the vegetation, we come into sight of the masonry artifact that directed the watercourse into the artificial canal. This structure of stone steps is very well-preserved, and quite similar to frequent other examples reproduced by Leonardo in his codices, beginning from when he was able to observe them in Vigevano, while engaged in service of the Sforza. The weir of the Mill of La Doccia di Vinci, recently made accessible to the public, can be reached by taking the Strada Verde, a path immersed in the Vincian countryside, connecting the castle to the Leonardo’s Birth House in Anchiano, one of the programs of the "Paths of the Genius”.

The "water stairways" in Leonardo’s codices

The first Leonardian drawing of a "water stairway" dates to April 1494 (Paris Manuscript H, f. 65 v) and represents the stepped structure still visible in the gardens of the Villa Sforzesca at Vigevano, for regulating waters for purposes of irrigation and reclamation. More than ten years later, in the Codex Leicester, Leonardo mentioned that same artifact several times, and specifically, in relation to the way of constructing weirs that could, through the expedient of "steps", overcome the drawback of erosion along the bottom of the watercourse, downstream from the barrier: “Moreover, if the lowest part of a weir which lies diagonally across the course of the waters be constructed in deep broad steps after the manner of the staircase, the waters which, as they descend in their course, are accustomed to fall perpendicularly from the beginning of this lowest stage, and dig out the foundations of the bank, will not be able any longer to descend with a blow of much impetus; and I give as an example of this the stair down which the water falls from the meadows of the Sforzesca at Vigevano...” (Codex Leicester, f. 21 r; Pedretti ed.) Yet another folio from the same codex proposes a different drawing of the staircase observed at Vigevano, emphasizing primarily the ability this constructional solution had for deriving a watercourse with locks in masonry, without having the drawback of erosion caused by the water at its point of fall (“Stairs of Vigevano, […] down which the water falls without wearing away anything as it finishes its fall. (Codex Leicester, f. 32 r.; Pedretti ed.)) Lastly, again from the Codex Leicester, on folio 22 r, alongside the long digression on the motion of river waters, a drawing depicts Leonardo’s recommendation for the best way to construct the steps in a water stairway: “Thus rivers should not have places from which water falls, unless they are in the form of staircase steps, well dovetailed together and chained; and firmly set one on top of the other. […] Where water has greater percussion, there it will damage the object most; and yet the staircase steps turn out to be the perfect solution, as shown in the upper preceding conclusion. (Pedretti ed.) The weir of the Mill of La Doccia di Vinci, with its masonry staircase, indisputably represents a "Leonardian suggestion", immersed, as it is, in among the places that Leonardo truly did frequent, and, as in the case of the mill mechanism for La Doccia, reproduced on paper.
Texts by
Silvia Leporatti / English translation by John Venerella
Related resources
Related places
Gallery 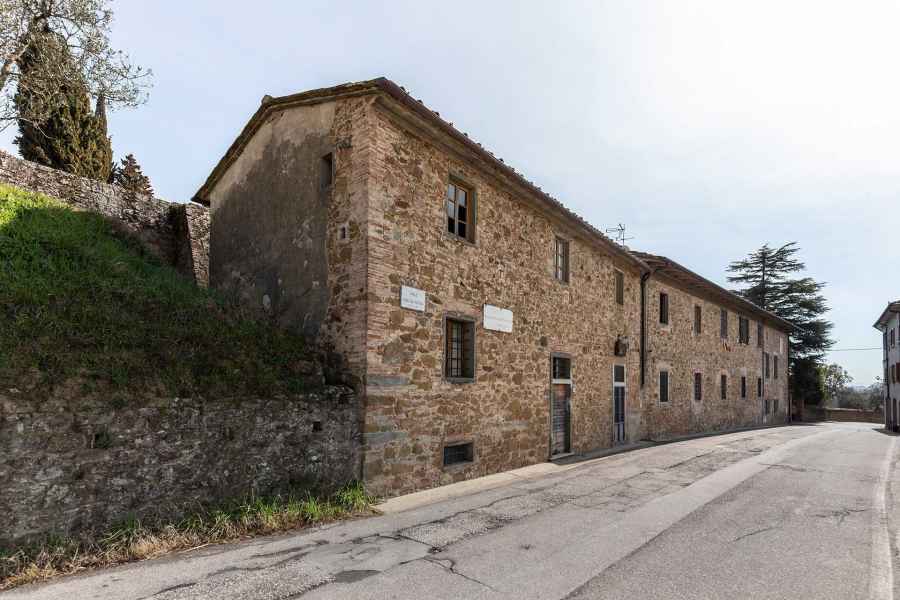 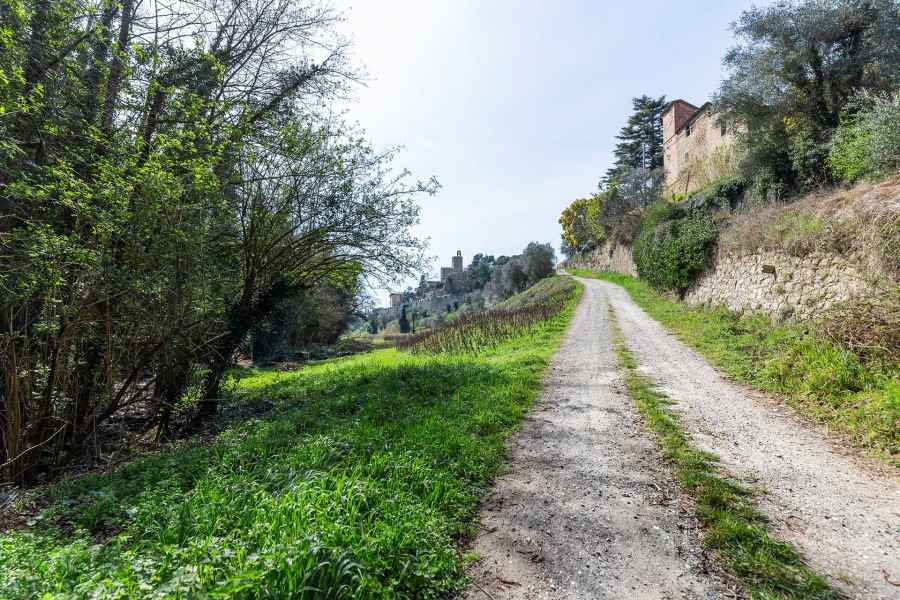 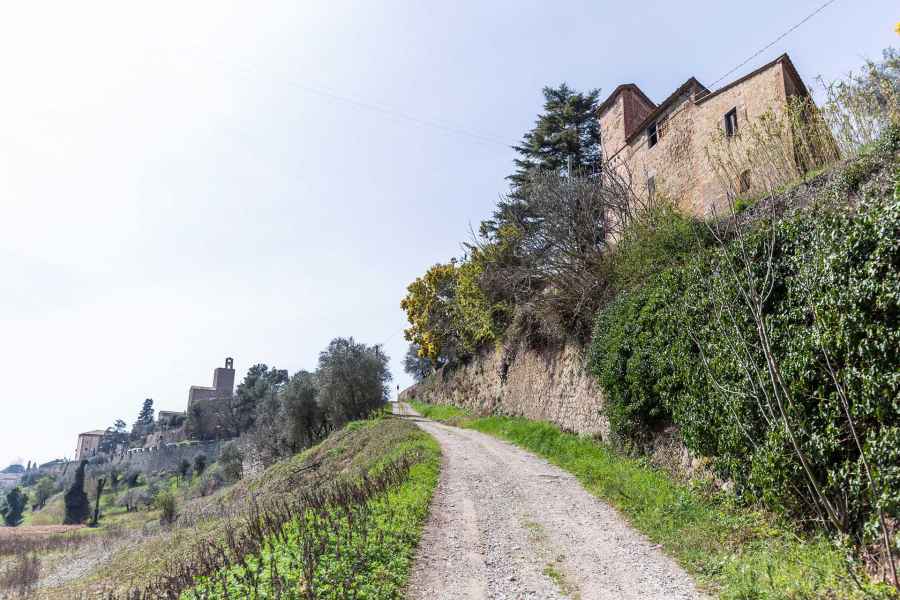 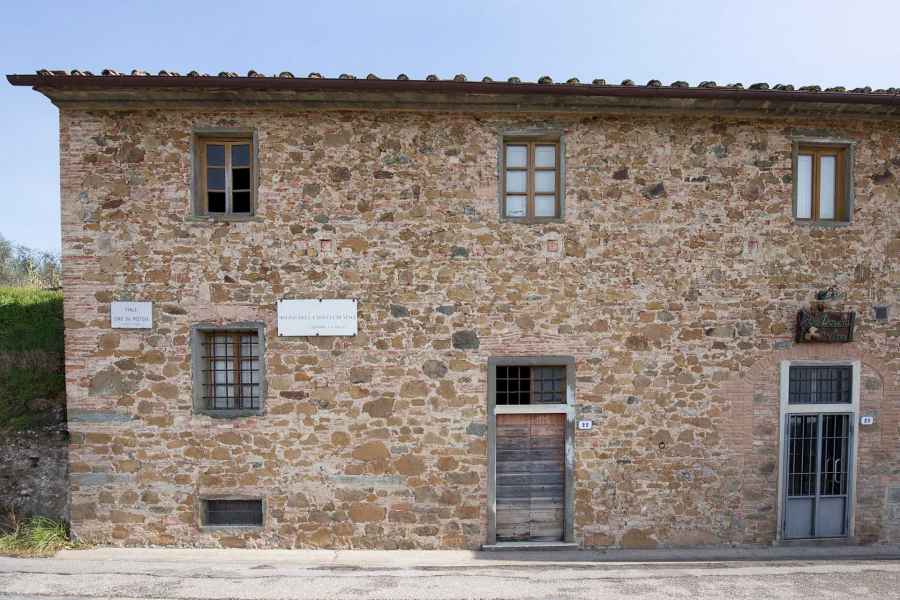 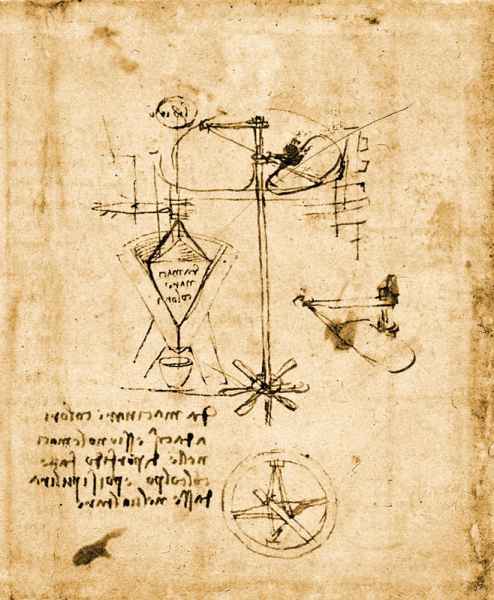