The castle drawn by Leonardo on the map RLW 12278, indicated with the place-name "barbialla" in the lower Val d'Egola, can be identified as the ancient castle of Barbialla. Leonardo depicts it in the form of a village protected by fortifications, structures that must still have been clearly recognizable at the beginning of the 16th century. Today there are but few remains of these structures visible within the private estate that is located a short distance from the town of Corazzano, in the municipality of Montaione.

The origins of the castle

The earliest attestation of this castle dates back to the year 1108. The document in question, drawn up in San Genesio, mentions two castles owned by Count Ugo II, son of Count Tedice dei Gherardeschi (de duobus castellis meis), Barbialla and Scopetulo (that is, Barbialla and Scopeto), half of which were given in pledge to the bishop of Lucca. At the beginning of the 12th century, therefore, there already existed on the site now occupied by the villa of Barbialla in Val d'Egola a castle, the Barbianula, which belonged to the noble house of Gherardeschi. This lineage, which subsequently moved its own patrimonial interests almost exclusively toward the Maremma, already during the 11th century controlled a series of villages of the Val d'Egola, among which, besides Barbialla, were also the castles of Scopeto, Collegalli, Pratiglione, and Vetrugnano. At the time of the deed drafted at San Genesio, it was clear that the Gherardeschi intended to settle relations with the bishop of Lucca by granting part of the rights they had had for some time over the Val d'Egola in exchange for a greater prospect of dominion in the Maremma area (Val di Cecina and Val di Cornia). A few decades later the castle of Barbialla was still at the center of agreements between the Gherardeschi and an important bishopric, this time that of Volterra. In 1151, in fact, the daughter-in-law of Count Ugo II, who had died some decades earlier, ceded the family share of the castles of Barbialla and Scopeto located in Valle de Bula to the bishop of Volterra Galgano. This family branch of the Gherardeschi family would take root definitively during the 13th century in the Maremma Populoniese, losing all ties with the ancient Val d'Egola property. The bishop of Volterra’s possession over Barbialla was confirmed by two public privileges, one papal (1171), the other imperial (1186).

The events that saw the presence of the Swabian emperors in Tuscany at the end of the 12th century linked particularly to the city of Pisa involved many of the castles of this area of ​​the Lower Valdarno, including Barbialla, Collegalli, Tonda, and probably the castle of Pietra. The imperial diplomas issued in 1162, 1191, and 1206 confirm, on different occasions, the ceding in fief of those castles to the Republic of Pisa, removing them from the control of the bishop of Volterra and from San Miniato, a village then in strong ascent. The broad privilege granted to the Pisan allies legitimized the city’s aspirations to a vast territorial area over which, up until that time, it had had no real dominion. This was, however, an unsuccessful attempt: by the middle of the 13th century, San Miniato once again obtained the castles of the Val d'Egola, now part of the districtus that the powerful imperial castle was consolidating in those years. In fact, two acts, of 1242 and 1257, show that the trade in cereals produced in the curtis of the castle of Barbialla had to follow the impositions of the municipality of San Miniato. The history of this small castle, thus, follows that of San Miniato, which at the end of the 13th century had extended its dominion over a vast area included between the dioceses of Lucca and Volterra, centered on a network of pre-existing castles, whose structure it did not change, but which it used to control its territory. The districtus of San Miniato included a broad sector located between the Val d'Egola and the Valdelsa, whose framework was based on that of the dioceses to which the existing castles belonged. The organization of the territory was entrusted locally by the bodies managing the castle communities linked to San Miniato by pacts of submission. However, during the 14th century, the political structure of this territory changed radically. In 1369, Florence, whose sights on the territory of San Miniato and the rights of transit through the Pisan and Volterran routes and the Arno had already been evident for some time, established a regime of occupation in the San Miniato fortress, which was followed by acts of submission from all the castles of its districtus. Barbialla and the other castles of the territory of San Miniato become part of the Florentine countryside. The redefinition of the local government structures saw the establishment of a podesteria with a center at Barbialla, upon which the communities of Collegalli, Santo Stefano, and Coiano depended.

The ruins of the Barbialla castle and Leonardo's drawing

Today some ruins of that castle are visible inside the private estate of the early 20th century villa that currently occupies the site. The restoration and the new use of the structure, transformed during the 1980s into a private resort, still reflect much of the appearances of the ancient Gherardeschi castle. The small, walled village had a parish church dedicated to St. John the Evangelist, which counted, even in the 16th century, some few hundred people. Barbialla was, therefore, a special place in the 15th century landscape of the hills of the Lower Valdarno around San Miniato if we find it depicted by Leonardo, along with other small castles in the area, among the topographic points of reference on one of his most detailed hydrographic maps.
Texts by
Silvia Leporatti / English translation by John Venerella
Related resources
Related places
Gallery 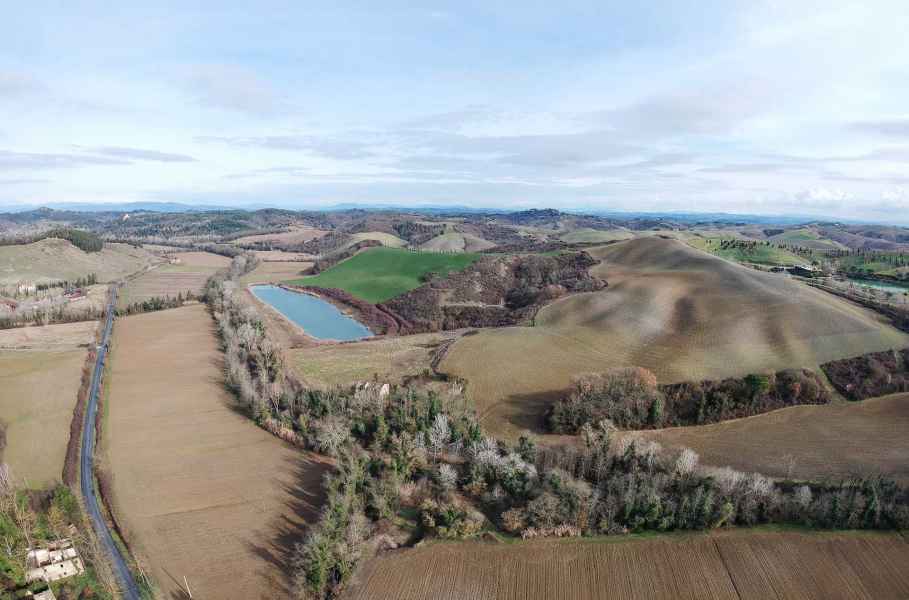 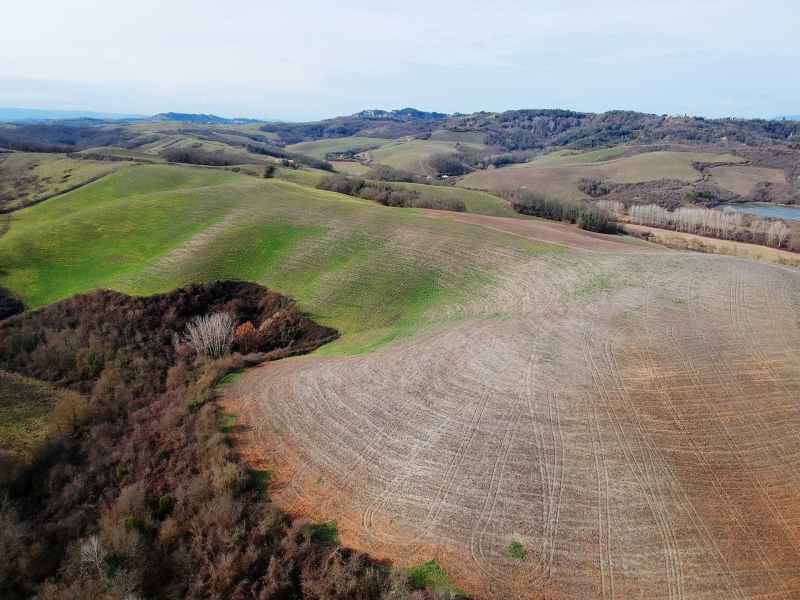 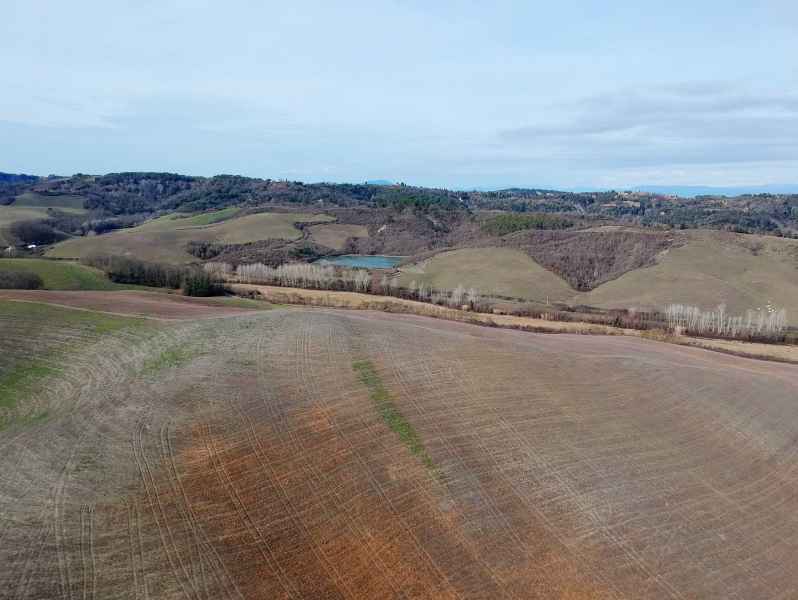