The turreted castle indicated by the name "ganbassi", drawn by Leonardo between the castles of Montaione and Catignano on map RL 12278 of the Windsor collection, can be recognized even today within the fabric of the streets of the historic center of Gambassi Terme. The castle occupied the four central blocks defined by the streets converging on the present Piazza del Castello. What remains is the trace of the castrum novum, the settlement that was founded anew at the end of the 12th century by the bishop of Volterra, not far from the older castle. The castrum vetus of Gambassi dated back at least to the previous century and belonged originally to the Cadolingi, the powerful noble family of the counts of Fucecchio.

The castrum vetus of Gambassi

The old castle de Cambassi appears for the first time in two documents dating from the year 1037, in which it appears to belong to Guido di Ranieri, a personage seemingly part of a collateral branch of the family of the Counts Cadolingi. The confirmation that the older Gambassi castle belonged to this family can be seen in the document by which, following the death of the last exponent of the noble house, it was sold in 1115 to the bishop of Volterra, along with a number of other assets. In reality it is very probable that this passage was only nominal and that Gambassi's castrum vetus continued to be the prerogative of those of the Cadolingian entourage who had long been in control of it. The family of the counts of Fucecchio had also created a network of localities in Valdelsa with which they controlled the assets possessed in loco, including Gambassi, Catignano, Varna, Camporbiano, Pulicciano, Germagnana, Riparotta, Arsiccioli, and Macie. This set of localities was closely connected with the hillslope routes of the Via Francigena, the most important artery connecting the Valdelsa with the Cadolingian Valdarno, the heart of the territory’s lordship. We have no information regarding the material structures of the Gambassi castrum vetus, however we do know that it was equipped, at least, with wooden defenses, which in the 1037 documents are referred to as spiciate, or palisades constructed of timber. According to a recent hypothesis, it must have occupied a rather small space, localized in the area of ​​Piazza G. di Vittorio, near the thermal institution, and thus not far from the current historic center of Gambassi, the area on which a new settlement, the castrum novum of Gambassi, would be built at the end of the 12th century.

The castrum novum of the bishop of Volterra San Gimignano

In the early 1170s, the inhabitants of "old" Gambassi requested, and obtained, from the bishop, the construction of a new castle. The written sources of the time are quite clear: the "homines de Gambasso veteri ... fecerunt comune ... et rogaverunt eum ut faceret castrum novum de Gambasso ut tedeschi non possint eos destruere". The motivation seems to have been linked to a question of security, namely, the danger effectively constituted by the fact that the imperial army had to pass through the area in 1172. In the following decades, the written sources mention the castrum vetus and the castrum novum on several occasions, identified, significantly, at a certain point, with the toponyms Gambassi, for the new, and Gambassino, for the old. This means that the bishop’s operation did not merely concern the restructuring of the old site, but the genuine foundation of a new fortified settlement. The castrum novum was built a short distance from the older castle. The castle layout can still be easily recognized in the regular geometric shape of the four blocks of the current historic center, once enclosed within the oval of buildings marking the line of ancient walls. The weave of the building fabric, interrupted by the only free space of the current Piazza del Castello, clearly shows that the origin of "new" Gambassi was the result of a plan. The two Gambassi castles, the "new" and the "old", coexisted, facing each other, for about a century. The one, by now inadequate from a defense point of view, still remained the residence of a part of the old families of the bishop’s entourage. The other, by contrast, became the new pole of concentration for the populace now organized into a community, and a point of reference, in case of danger, for the inhabitants of the surrounding countryside as well. This is the role that the second-generation Valdelsan castle had taken on when, at the end of the 13th century, it entered to become definitively part of the Florentine contado. During the 13th century, in fact, the two fortified villages essentially became two opposing poles. The castrum vetero was still controlled by the bishop of Volterra, while the castrum novum passed under the jurisdiction of San Gimignano, a rapidly expanding town that was superimposing itself to the very detriment of its former lord, the bishop of Volterra. It is in the context of the conflict between the two that, in the last quarter of the 13th century, the "old" castle of Gambassi was definitively destroyed by San Gimignano. By that time, however, San Gimignano had already entered the orbit of the powerful city of Florence. At the end of the century, the "new" Gambassi had already been assimilated into the territory of the Florentine republic.

The castle depicted by Leonardo in his famous bird's eye view map, Windsor Castle collection RL 12278, is undoubtedly the castrum novum of Gambassi. Leonardo represented it as a village surrounded by turreted walls: this is the aspect that the castle founded at the end of the 12th century by the bishop of Volterra must have maintained up until the 14th century. An image of how it must have appeared to Leonardo's eyes can be gleaned from a drawing of the castle on one of the maps of the Capitani di Parte Guelfa dating just after Leonardo’s map. In the late 16th-century map relating to the community and village of Gambassi, we can see the castle wall circuit, with two turreted gates at the ends of the central, longitudinal road axis, while on the long sides, the walls are fortified by two wall towers. The gate in the foreground is the one that opens out onto the Via Volterrana, which leads in two directions: toward the north it arrives to the parish church of Chianni, and toward the south, following along the castle walls, it rejoins the road that goes out from the other gate, along which a village (madonna del borgo) was developing, but where, nonetheless, there remains no trace of the primitive "old" castle that once occupied that position. The castle of Gambassi, therefore, was still well preserved in Leonardo’s time. It fulfilled its function of defense for several centuries after its foundation. Particularly during the 14th century, the period of greatest insecurity for the Valdelsa, which had by this point became a borderland, there are numerous references to the walls of Gambassi, which can be found in the reports drawn up by the Florentine officers in charge of defense. These very walls—which were held in high esteem by Florence and were depicted by Leonardo while in perfect condition, to the point that they were represented in oval form by the Capitani di Parte Guelfa—were still standing in the early 19th century, as we read in Viaggio pittorico della Toscana by the abbot Francesco Fontani: "[Gambassi] is still seen surrounded by walls, and if we should conclude the epoch in which they were erected based on their construction, it seems we must establish that they were not constructed before the 13th century".
Texts by
Silvia Leporatti / English translation by John Venerella
Related resources
Related places
Gallery 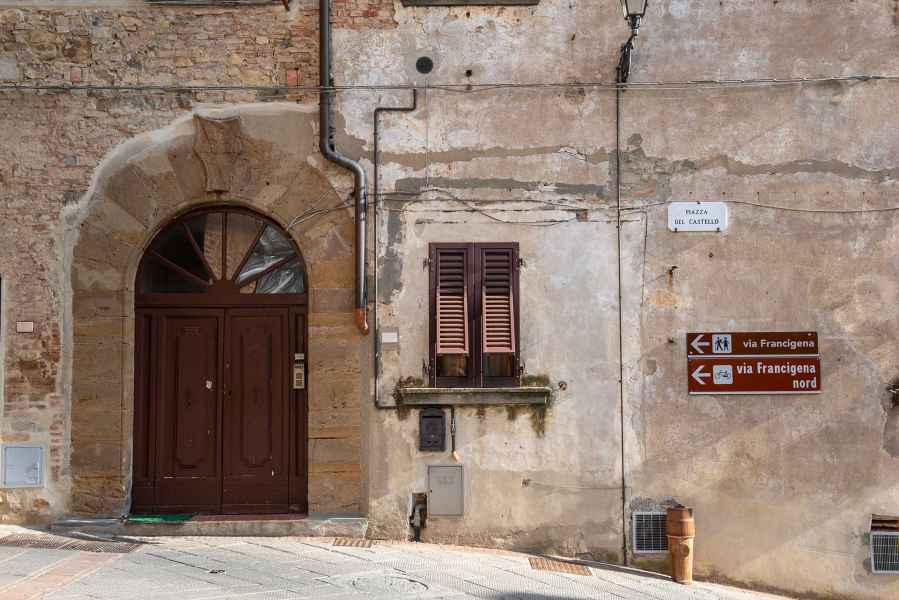 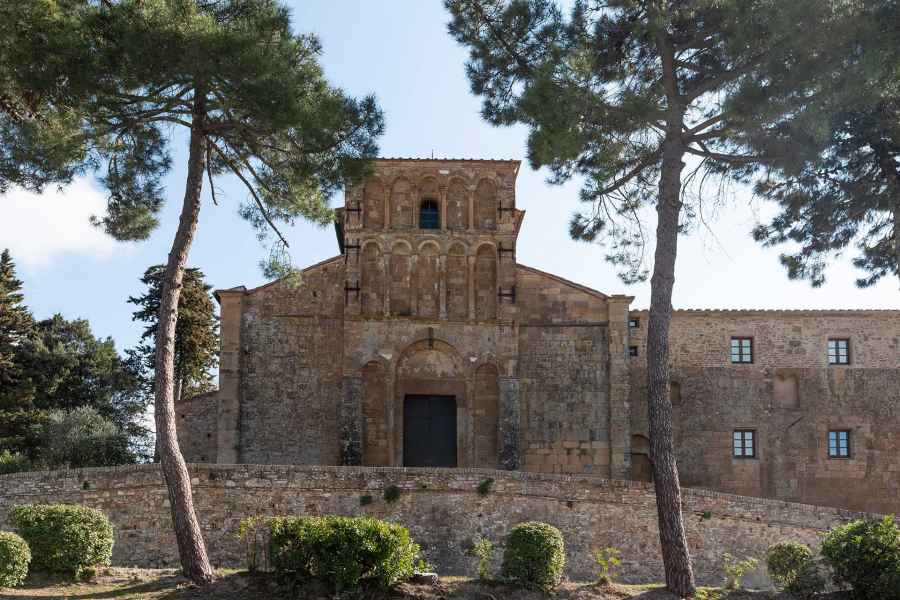 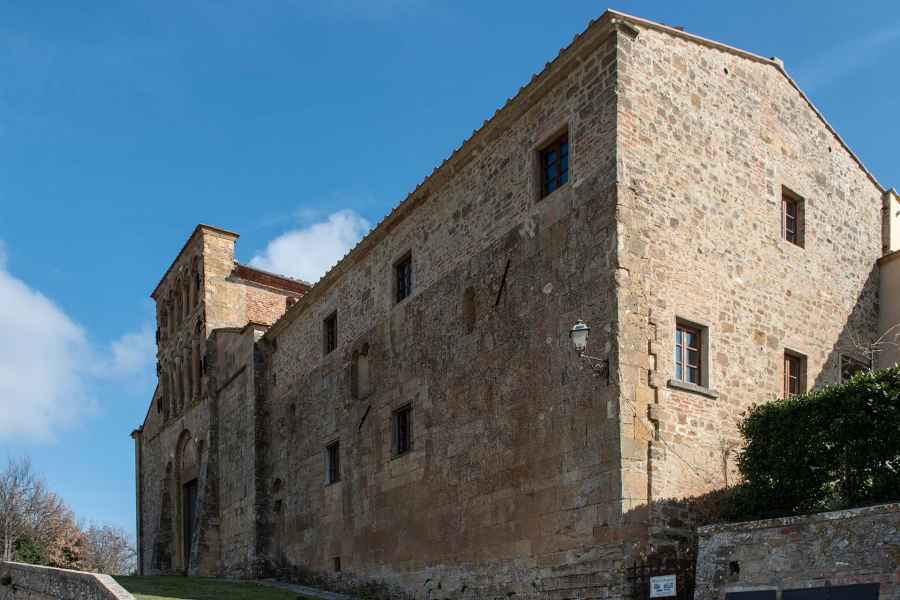 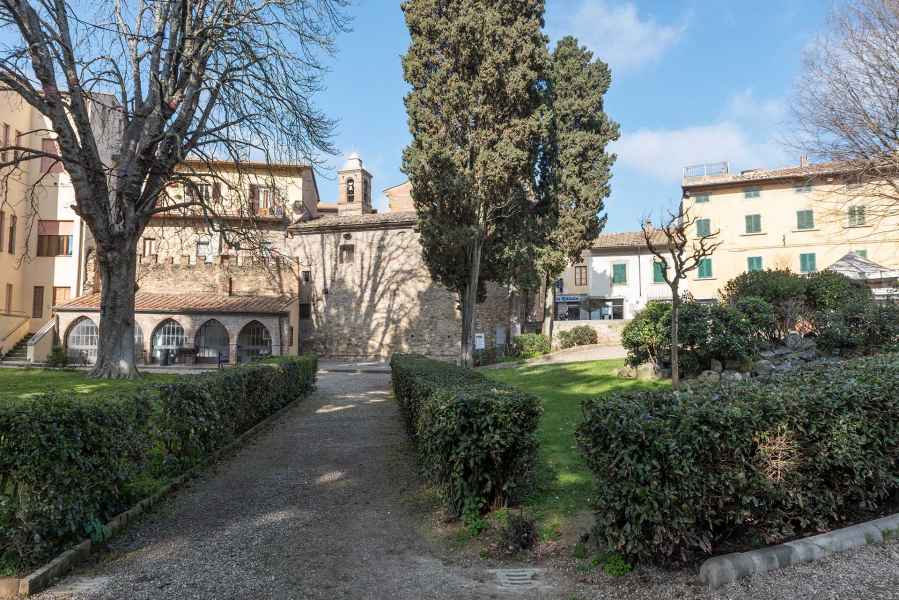 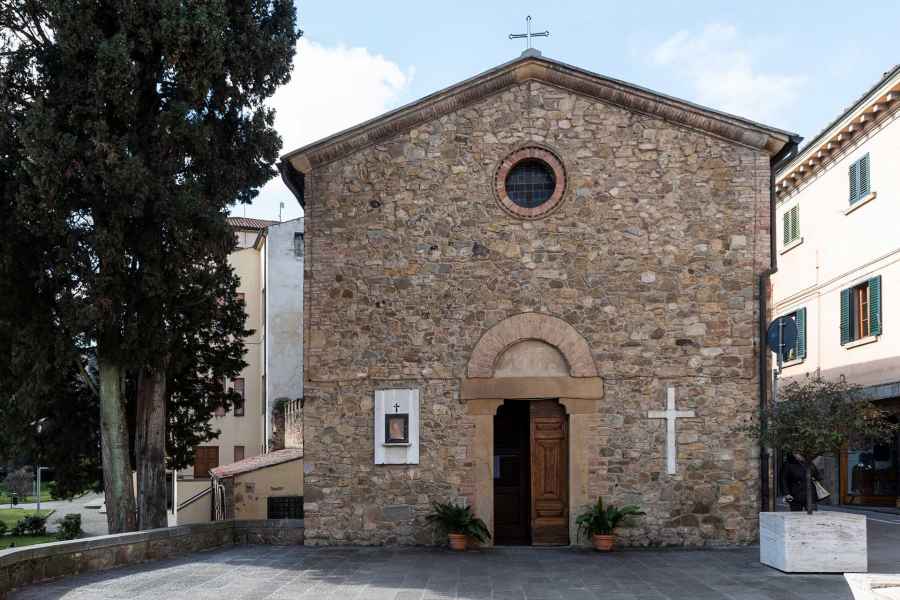 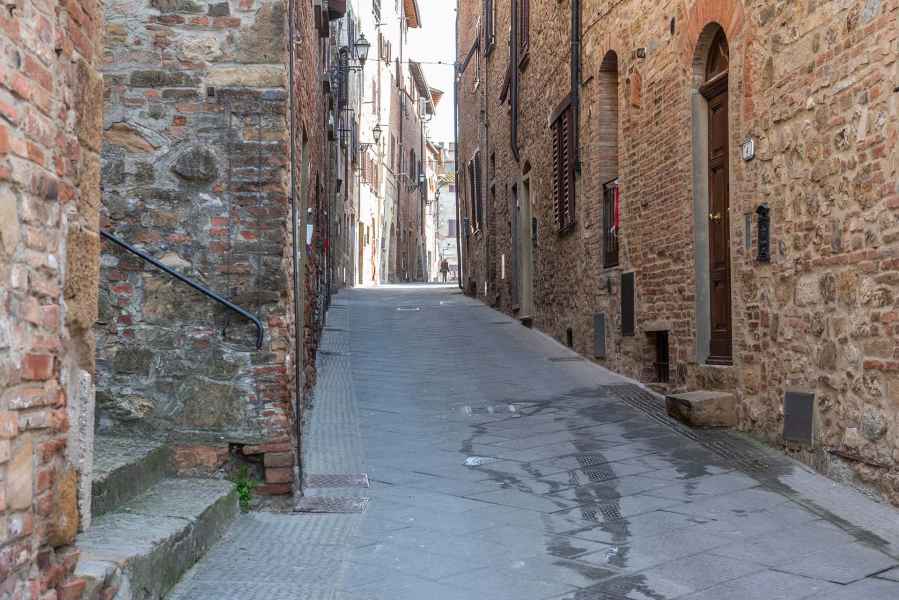 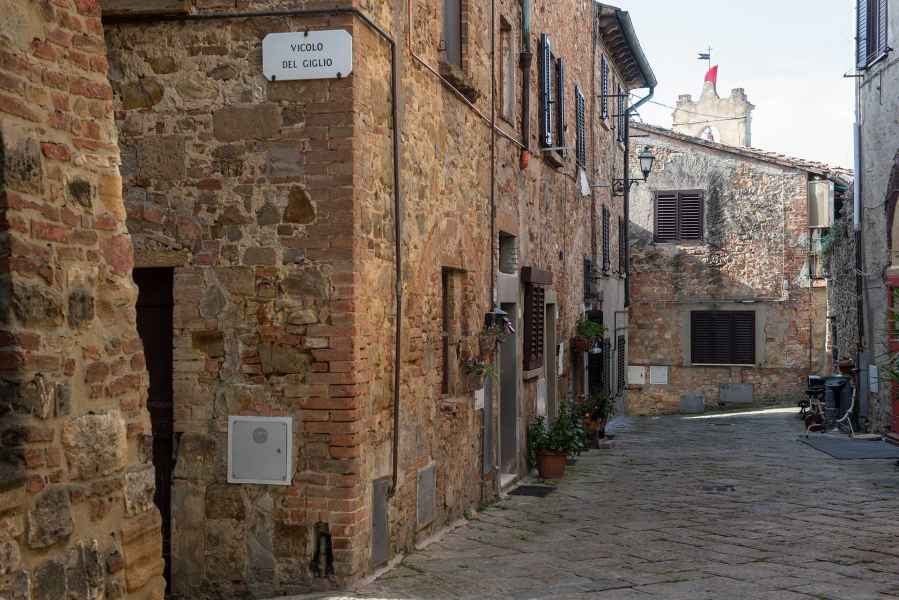