On the left bank of the Elsa River, between San Quentin and Varna, Leonardo marks the map RLW 12278 with the name of "castelonovo", the village of Castelnuovo d'Elsa. It is depicted as a village surrounded by turreted walls, of which there are four. Leonardo, in fact, observed Castelnuovo in the dimensions and form it had reached during the Late Middle Ages.

There is no written information on Castelnuovo dating prior to the end of the 13th century. The "Castro Novo" is, in fact, mentioned for the first time in 1295, in reference to the prior of the rectory of Santa Maria, the main ecclesiastical institution of the Valdelsan village. We have no information on its origins, even while documentation on its relations with San Miniato and with the city of Florence is becoming more abundant. In fact, Castelnuovo became part of the territory that the powerful imperial castle had been amassing around itself since the beginning of the 13th century. The position of Castelnuovo, situated on the San Miniato side of the river Elsa, the ancient border between the two cities, certainly conditioned its destiny at times of maximum conflict. In the second half of the 14th century, the territory of San Miniato entered to become definitively part of the Florentine comitatus. In 1369 the castles of Castelnuovo and Coiano were damaged by the men of the nearby town of Castefiorentino, which had already been long under the control of Florence. The following year, these two castles on the San Miniato slope of the Elsa, as well, were inserted into the framework of the territorial administration of the City of the Lily..

The morphology of the current Valdelsan village of Castelnuovo and the surviving toponymy have made it possible to hypothesize about the nature of appearance the walled village must have had during the Late Middle Ages. The fiscal declarations of the mid-15th century inhabitants refer clearly to a "castle above" and a "lower village." Indeed, the current settlement is divided into two sectors that are distinctly different in terms of elevation: the upper part, corresponding to the current Piazza Indipendenza, and a lower part, clustered around the current Piazza della Repubblica. The "castle above" also had a free area, a small square, overlooked by the public residence of the officers of the small rural municipality. At the upper part of the castle, we still find today the rectory of Santa Maria, mentioned in a record in the Rationes Decimarum of the last quarter of the 13th century, which also functioned as the parish church for the castle. In the "lower village," concentrated around the road that connected the small castle with the other villages perched to the left of the Elsa (Varna, Catignano, Coiano), a reception structure operated, beginning from the 15th century, the hospital of Saints Lorenzo and Barbara. In that function, the structure replaced the older hospital, dedicated to San Iacopo, which before was on the same street, but on the opposite side, near the southern accesses to the Castle, where another small village outside the castle had already formed, Borgo Setta. The upper part of the castle and the lower village, the part most densely populated and closest to the main nucleus, were surrounded by walls, from which we can today see the material traces of two curtain towers. The defensive system of the small rural municipality, already compromised during the warring episodes of the second half of the 14th century, appeared to be in critical condition the following century. In 1436, in fact, an inhabitant of the castle registers a report on the damage to his house due to the collapse of one of the wall towers. However, at the beginning of the following century, Castelnuovo still had the appearance of a turreted castle, even though some structural alterations to the castle defenses were already in progress. This is the form in which it was seen and represented by Leonardo, even in the early 16th century. Of the walls and towers, probably in brick, there remain only a few traces visible along the roads of the current town. The rectory of Santa Maria Assunta, largely remodeled, preserves some portions of the original walls in its interior. On the portion not plastered on one of the internal perimeter walls we can see a portal with architrave and round arch and a small, splayed single-lancet window, both made of well-squared sandstone blocks. The body of the castle church was therefore made of stone, while the current bell tower, perhaps of a later period, was constructed entirely of bricks.

Castelnuovo and the Via Francigena

Castelnuovo belongs to that particular series of localities perched on the ridge to the left of the Elsa, which seem to be connected to one of the routes of the Via Francigena. Among these, besides Castelnuovo, are Collepatti, Varna, Catignano, S. Eusebio. According to recent studies, in fact, during a period prior to the birth of the new Francigena, the route along the valley bottom, on the right side of the Elsa, a path had been forming, parallel to the older one, the famous route described by Bishop Sigeric in the 10th century, which still ran to the left of the Elsa, but shifted closer to the river. This "intermediate" route, which would have gained popularity during the 12th century, would be hinted at by the presence of numerous reception centers that had arisen in that position. The foundation of refectories and hospitals, according to this interpretation, would constitute part of this program, marking, by the presence of buildings for reception, a route of the Via Francigena alternative to the 10th century one. The proximity of Castelnuovo to the parish church of Coiano, one of the stages on the oldest route of the Via Francigena, suggests that this very important route was divided into variants and alternative routes.
Texts by
Silvia Leporatti / English translation by John Venerella
Related resources
Related places
Gallery 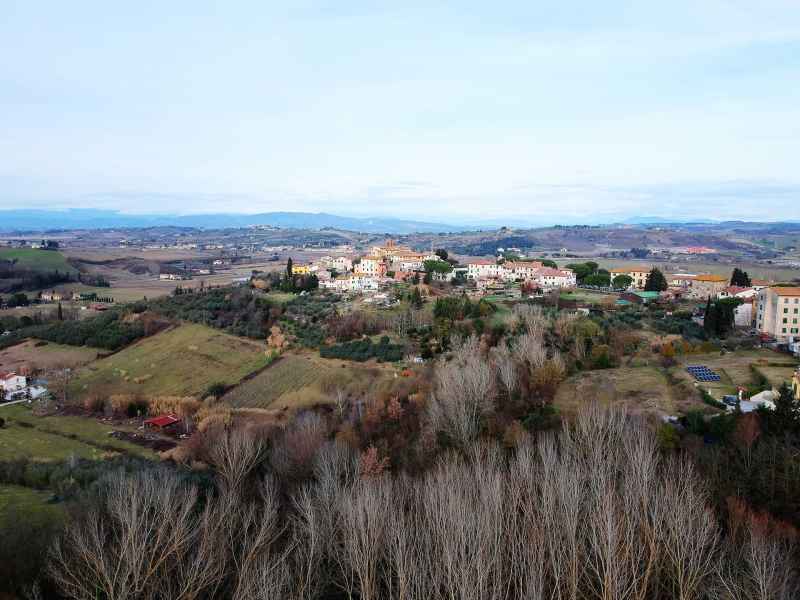 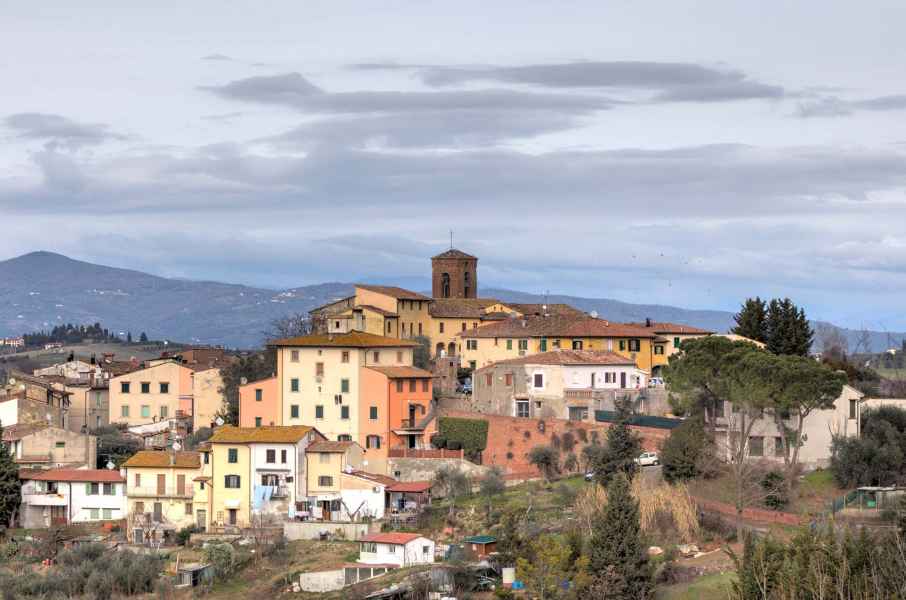 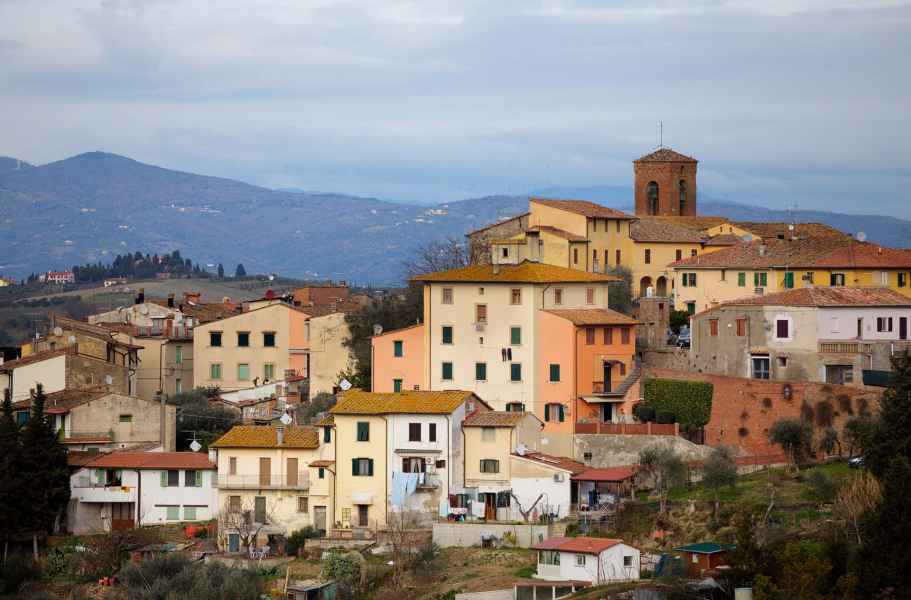 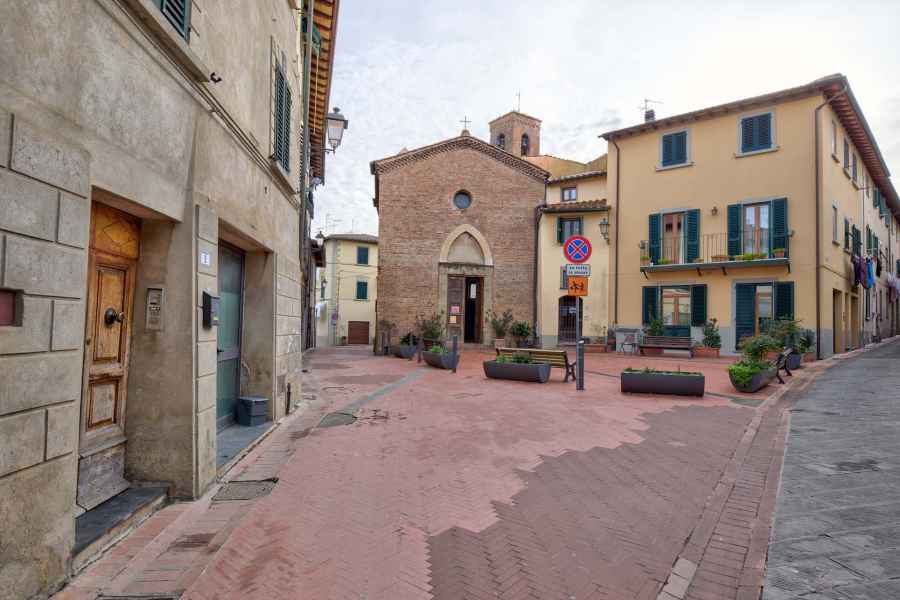 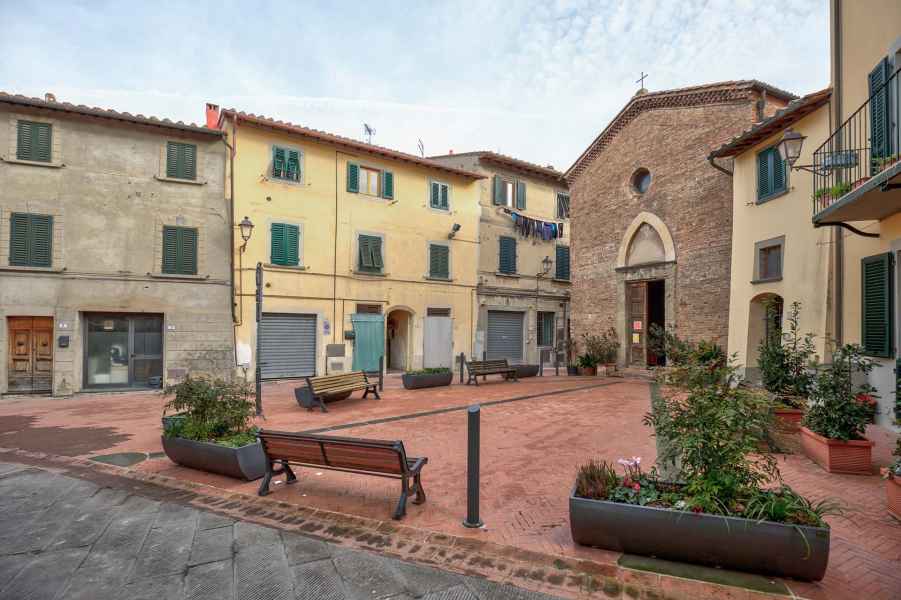 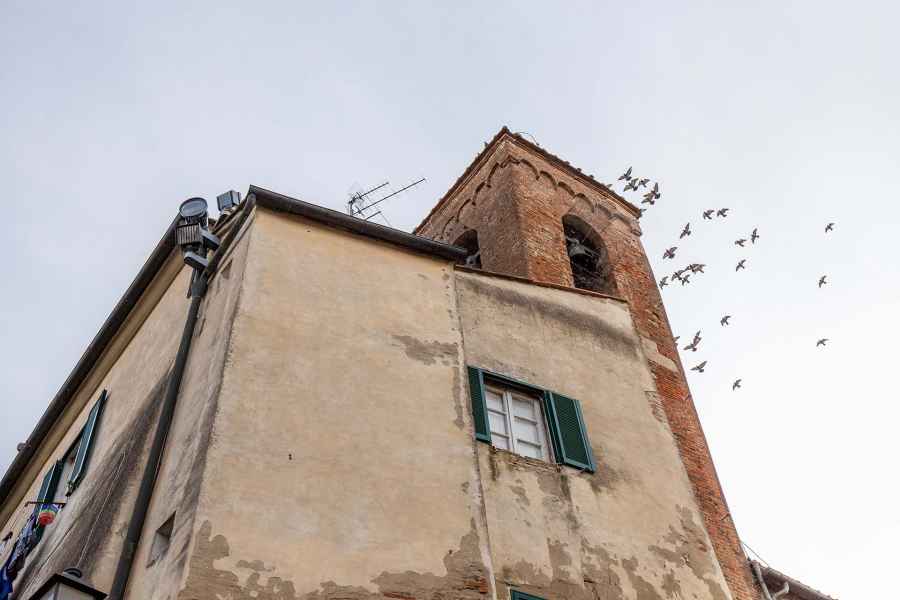 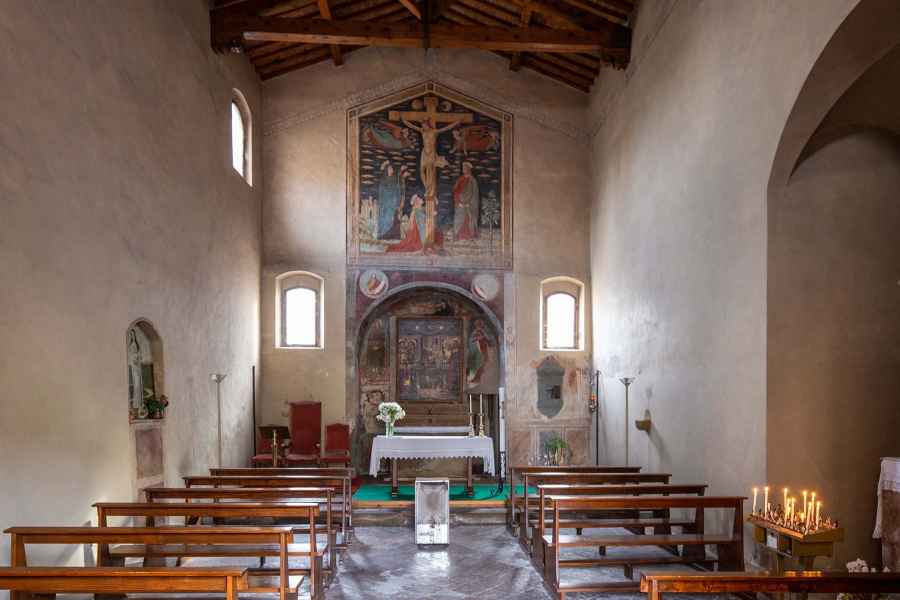