Castelfiorentino was one of the castles of the Counts Alberti in the Valdelsa. Its oldest history dates back to the 12th century when the pilgrimage route, the Via Francigena, ran along the ridges of the hills overlooking the right bank of the Elsa. In fact, the road system that, ever since the Early Middle Ages, traced through the Valdelsa, was composed of different routes: while in the 10th century the road described in the travelers' stories was the one that passed by San Gimignano, the parish church of Chianni, and then San Genesio, on the left of the Elsa, from the 12th century, it was surely a new path that was used by the armies, one that ran instead along the right bank, passing Certaldo and Castelfiorentino. At Castelfiorentino, where it was possible to cross the Elsa, the Via Francigena crossed another important regional road: the Via Volterra.

The brief phase of the castle of the Counts Alberti

The castle indicated with the name of Castrum Florentinum belonged, in the second half of the 12th century, to the family of the Counts Alberti, who at the time controlled several important towns in the Valdelsa. In fact, numerous indications refer to an "old castle", an even more ancient fortified site (we do not know whether this existed before the Alberti castle or if it was elsewhere, perhaps close to the ancient parish church of Sant'Ippolito, nearby in the locality of Pieve Vecchia). In any case, the Castellum Florentinum, where Barbarossa stopped in 1177, was the same castle the emperor himself had confirmed in 1164 to Count Alberto IV and which occupied the highest part of Castelfiorentino. No visible structures from the Alberti castle have been preserved. The area of the oldest settlement can be guessed by following the outline of the perimeter that can be recognized in the curves of geographic elevation, marked, for the uphill part, by the walls. The building circuit, interspersed with wall towers fashioned of brick, belongs to a later phase, but probably repeats the line of the original building circuit. One of the towers of this primitive wall circuit is preserved at the base of the bell tower of the parish church of Sant’Ippolito, a beautiful Romanesque brick building built at the end of the 12th century. The church, with its simple gabled facade, adorned solely with the central two-light window and a series of Hispano-Moorish ceramic basins, is, like the nearby parish churches of Monterappoli and Coiano, a typical example of the so-called Valdelsan Romanesque. The transfer of the parish church from the primitive Pieve Vecchia to the interior of the castle took place in a scenario that marks a profound change from the previous period. In fact, between the end of the 12th century and the first few years of the 13th century, when the church was built, the noble Alberti family had already lost the jurisdictional prerogatives of Castelfiorentino, which was in effect becoming a castle of the Florentine comitatus.

The War of Semifonte and Florence

The last twenty years of the 12th century were decisive for the fate of the Alberti in Valdelsa. Here the family boasted rights that had greatly increased following the extinction, at the beginning of the century, of the powerful Cadolingi lineage. The construction of the new Alberti village of Semifonte, which began around 1170 on the nearby hills of Certaldo, in the heart of their lands, had been the high point of a specific political and economic program standing in blatant contrast with the ambitions of the city of Florence. In 1184 Alberto IV, with his sons Guido and Maghinardo, signed the agreement with Florence enshrining the subjugation of the counts and the inhabitants of their Valdelsan castles. In the act of submission, the homines of the Counts Alberti habitantes inter Arnum et Elsam swore to make war and peace according to the will of the municipality of Florence. In 1209, after the death of Count Alberto IV, his son Maghinardo had nothing more than the right to be lodged at Castelfiorentino. The castle community, which had definitively entered into Florentine orbit, was already forming, at the time, its own organs of local government. The fortune of the Valdelsano castle was certainly linked to its position. Castellum florentinum was one of the stops along the route that King Philip II of France traveled in 1191, on his return from the Third Crusade. The royal court, which came from Siena, after passing the border castle called marche castellum (Staggia), had remained on the path to the right of Elsa, touching Poggibonsi (Seint Michel castellum) and Castelfiorentino, where there was probably already a crossing of the Elsa. The journey, in fact, continued on the opposite bank, toward San Genesio, reconnecting to the older route, the one taken by the Archbishop of Canterbury in the 10th century. The bridge over the Elsa in Castelfiorentino constituted the node where the longitudinal directrix of the valley, the pilgrimage route, crossed the transversal one, the Via Volterrana, toward Florence. During the 13th century the town developed outside the castle walls, on the side facing the river and its bridge.

Castelfiorentino at the time of Leonardo

The inhabited area that had been growing, during the 13th century, outside the first nucleus of the castrum, on the slope facing the valley, was enclosed by a new wall circuit that also included the part called Borgo nuovo. The new extension of the walled part had reached the current Via Lungo le Mura, where the main gate opened, allowing issue of the road toward the bridge over the Elsa. In the middle of the 14th century, the road that reached the crossing from the main gate was already an extension of the town, called Borgo d’Elsa. In one portrayal of the time, it is described as follows: Burgo Else ad pedem castri, in capite Burgi Else, apud pontem Else de Castro Florentino, where the Borgo d’Elsa extended, from the walls of Castelfiorentino to the bridge over the Elsa. This was the maximum extension reached by the town in the mid-14th century. The large fortified village was considered by Florence among those strategically important: it was located on the border of the Elsa, and was affected by episodes of war for the next two centuries. In the second half of the 14th century, Florence systematically monitored, through its officers, the efficiency of Castelfiorentino, by ordering from time to time what was necessary for its maintenance. In 1349 the order was given for the transfer to the community of Castelfiorentino of one of the curtain towers that belonged to the parish, to prevent it from falling into enemy hands and being used against the castle itself. In 1359, Castelfiorentino was evaluated as having the capacity to accommodate as many as 200 knights, like the larger villages of the Valdelsa (Poggibonsi and San Gimignano), unlike Monterappoli and Pontorme, which could not accommodate even a single one. In the 1370s the men of Castelfiorentino, who had contributed to the war against San Miniato, asked Florence for exemption from duty taxes. During the military campaigns they had suffered crop damage, in addition to sustaining the obliged burden of restoring the castle walls, and only the tax exemption would have prevented the mass abandonment of the already impoverished and indebted population. The castle village of Castelfiorentino still appeared, during Leonardo’s time, in the form reached in the mid-14th century. In the famous bird's-eye view of the Valdelsa reproduced in map RL 12278 of the Windsor Collection, we can clearly see the profile of Castelfiorentino enclosed by a circuit of turreted walls. The walls had been restored repeatedly. In 1430, as we read in a report prepared by the podestà of Castelfiorentino, Benedetto di Piero Strozzi, the walls had collapsed in at least three points, and should have been repaired, but the economic conditions of the inhabitants at that time would not allow it. Nonetheless, Castelfiorentino during Leonardo’s time was still one of the castles characterizing the military landscape of the Valdelsa.

Leonardo and the tufi (tuffs) of Castelfiorentino

The folios of the Codex Leicester dedicated to Leonardo's theories on the origin of the geological formations of the Middle Valdarno also make reference to Castelfiorentino. Leonardo, who lived his youthful years in the area around Vinci, had the opportunity to adventure through and observe those lands that were a source of inspiration for him. His thoughts started off from the idea of an ancient sea that originally extended to La Gonfolina, where it received the waters of the Arno. According to Leonardo, the movement of the sea water modeled the lithic material that the rivers discharged into the ancient sea, giving rise to geological layers of different composition, from coarsest to finest: minute gravel, sand, and finally, mud. The retreat of the waters of the Pliocene sea must have left the coarser and heavier deposits along the ancient shores situated farther upstream, and the finer and lighter ones, along the banks farther downstream. He noted the presence of "very large stones" and "gravel" around Montelupo and Capraia, while the "rena" (sand), which was finer, was found farther downstream, at Castelfiorentino (Codex Leicester, f. 6A-31v; 8B-8v). When Leonardo spoke of the "rena" (sand) of Castelfiorentino, he described it as a rock formation of the tufaceous type ("the freezing of the sand has turned it into tuff") meaning, substantially, the deposits of cemented sands that constitute a large part of the geological outcrops of the area, and the most frequent geological lithotype for stone constructions in the Valdelsa.

Leonardo and the illuminator Attavante of Castelfiorentino

Leonardo mentions, in a text in the Codex Arundel, a loan to a personage he called Vante, the miniaturist. He wrote: "I remember that on the 8th of April 1503, I Leonardo da Vinci, lent to Vante, the miniaturist, 4 golden ducats of gold; Salaì took them to him and put them into his own hand. He said he would give them back to me within the space of 40 days "(Codex Arundel, f. 229 v). The person was Attavante degli Attavanti, born in Castelfiorentino in 1452 to a noble family of the place, and active in Florence in the art of miniature. He lived in Florence, at least from 1491, in a house purchased on Via Fiesolana, but it is possible that he was already living in the city, before. In fact, it seems probable that he met Leonardo frequenting, as he did, the workshop of Verrocchio, around the 1470s. In fact, an illuminated composition is attributed to Vante miniaturist that copies Verrocchio’s famous Baptism of the Uffizi. Leonardo and Attavante were both in Florence in 1503, when they were among those called upon to express an opinion on the most suitable location of Michelangelo's David.
Texts by
Silvia Leporatti / English translation by John Venerella
Related resources
Related places
Gallery 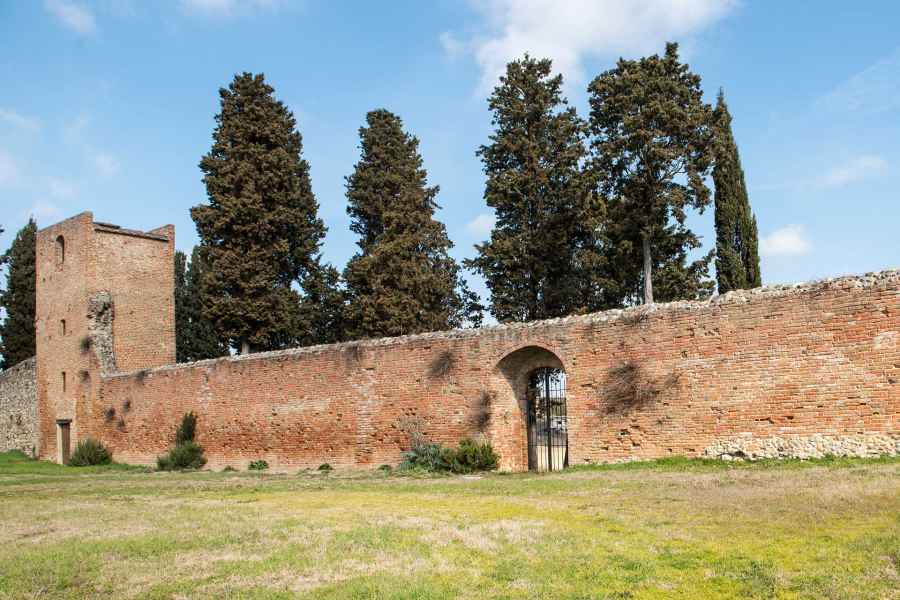 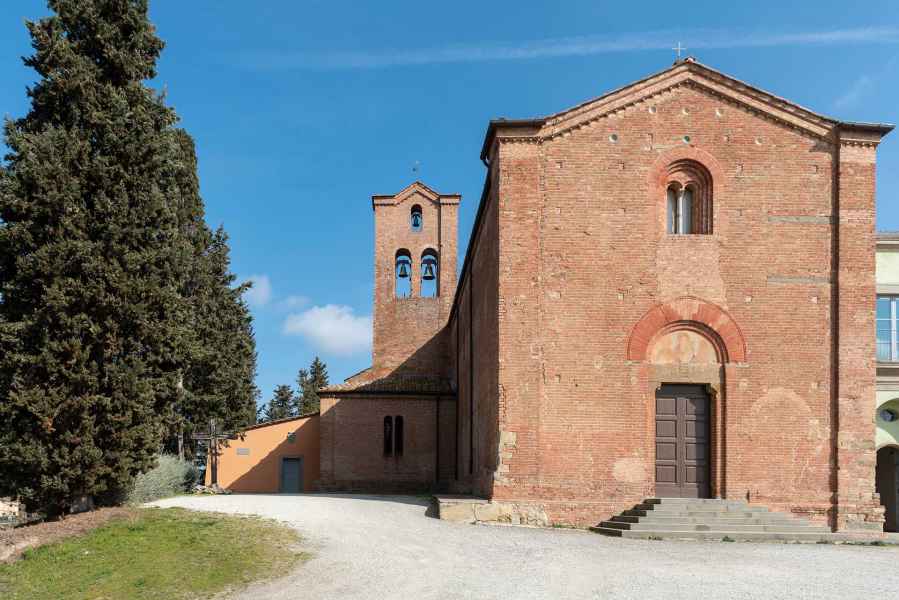 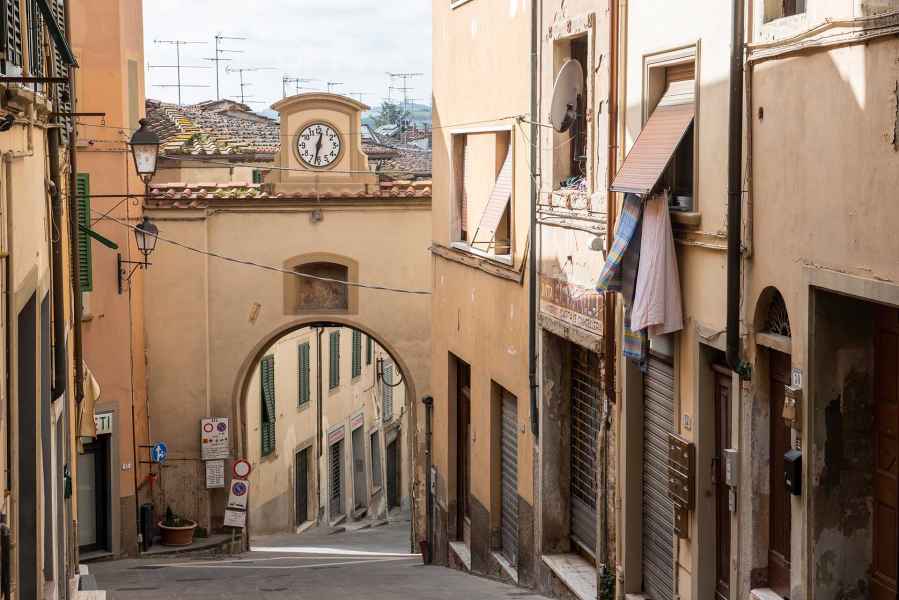 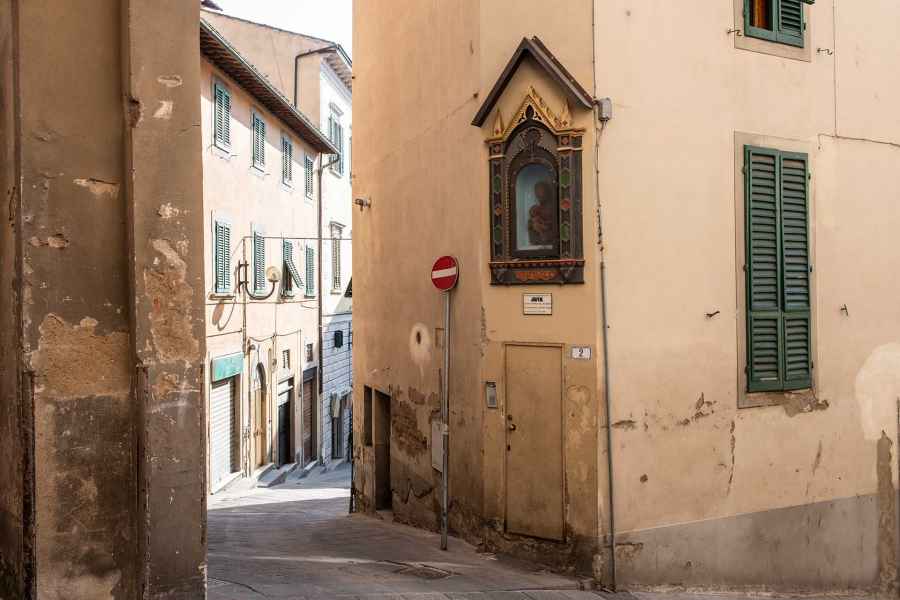 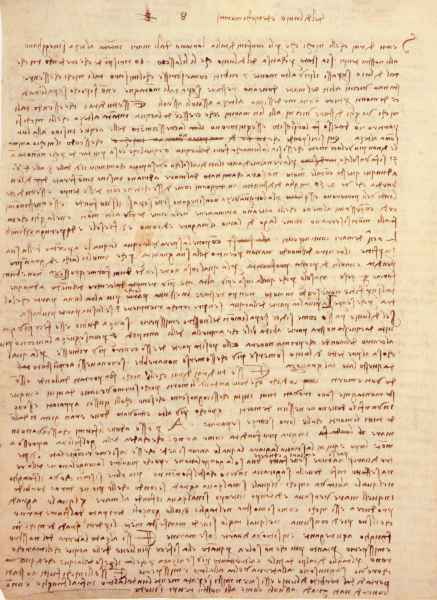 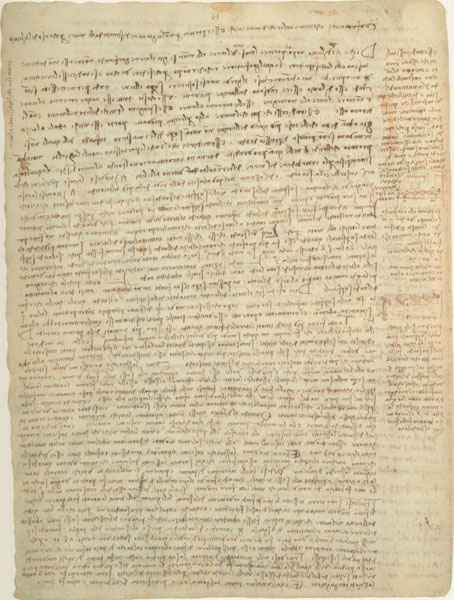 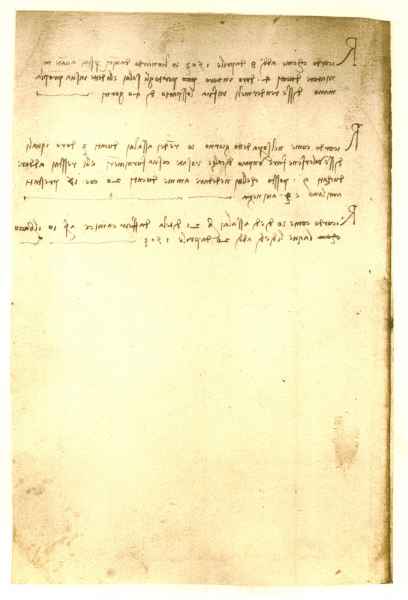 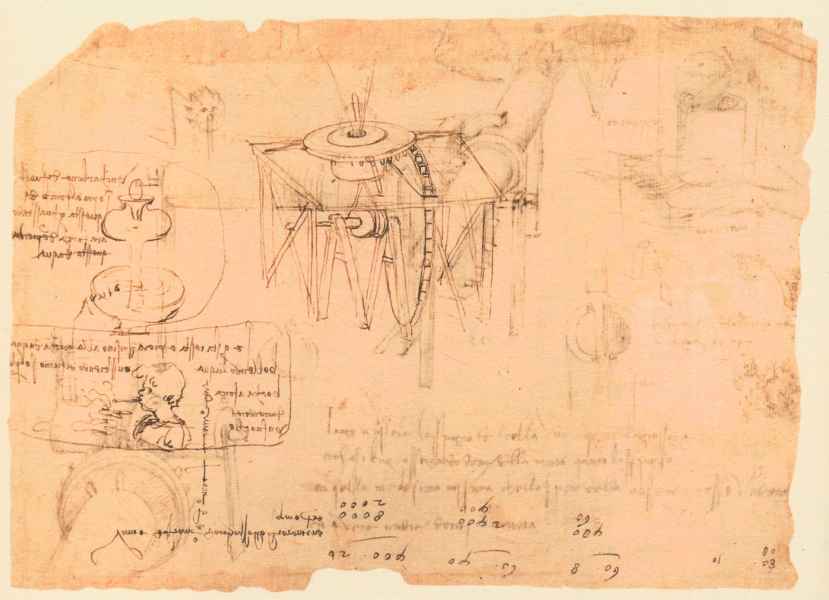