Certaldo is one of the castles of the Valdelsa that preserves the aspect that it had taken on by the end of the Late Middle Ages. It was in this form that Leonardo depicted it in one of his most famous maps, the great bird's-eye view of the Windsor Castle Collection RL 12278. In this large map Leonardo represented the entire system of left tributaries of the middle Valdarno, with the mapping of castles having superior strategic value during that time frame. Among these is the towered profile of the castle of Certaldo. Its origins date back at least to the second half of the 12th century, when the network of roads of the Via Francigena had moved to the right side of the Elsa, by contrast with the older route that, as is known, passed by San Gimignano and the parish church of Chianni, on the hills to the left of the Elsa.

The Certaldo castle of the Counts Alberti and the Semifonte War

The oldest attestation of the castle dates back to 1164: the imperial privilege with which Frederick Barbarossa confirmed all his rights and possessions to Count Alberto di Prato. Among these, the Valdelsan castles of Pogni, Salivolpe, and Certaldo. The noble family had begun to expand in the Valdelsa at least from the first decades of the century, in clear conflict with the city of Florence, which was aiming to widen the borders of its comitatus also in this area. The first conflicts between the Alberti and Florence materialized already during the last quarter of the 12th century, when the city forced the counts to destroy the castle of Pogni and all the towers of Certaldo, with absolute prohibition of rebuilding. The conflict culminated, as is known, in 1202 with the destruction of the new walled village of the Alberti, the mythical Semifonte. It is possible that in the aftermath of the annihilation of the new village, a part of the population merged into the nearby castle of Certaldo, still formally in the hands of the count. In the rectory of San Iacopo a Certaldo, there is a memorial plaque commemorating a high-level personage of Semifonte, who probably came to live in Certaldo after the destruction of the newly founded Alberti settlement.

Certaldo between the 13th and 14th centuries

After the war of Semifonte, Certaldo entered progressively deeper into Florentine orbit, until final submission took place at the end of the 13th century. In the first half of the century there was a phase of demographic growth due in part, perhaps, to the arrival of family units from the Alberti village that had been obliterated by Florence. It is also in this phase that the town development must be situated, with the growth of the village outside the oldest nucleus, which would be surrounded by walls during the 14th century. However, despite the population development of the 13th and 14th centuries, which would reach, on the eve of the plague, a population of about 1200 inhabitants, Certaldo never did take off from the economic point of view, as happened instead for other villages of the Valdelsa. Probably Certaldo, although grafted onto the important route of Via Francigena, was not at the crossroads with interregional roads, as was the case for Castelfiorentino and Poggibonsi, which succeeded in developing important markets. Certaldo stopped at an agricultural economy and craftsman’s activities limited to local consumption.

The topography of Certaldo at the time of Leonardo

The historic center of Certaldo was recovered after the destruction during the Second World War, which caused serious damage to several historic buildings, including the Casa del Boccaccio. However, the layout of the castrum from the Alberti phase is preserved, as is that of the subsequent fortification of the village that took place during the 13th-14th century. The oldest part of the castle can be recognized at in the highest part of the elevation, dominated by the imposing mass of the Palazzo Pretorio, which is believed to have developed on the site of the noble fortification. A certain element of the oldest topography of the Alberti castle is the church of Saints Tommaso and Prospero, made entirely of bricks, which can be dated, precisely, to a narrow period of time between the late 12th and early 13th centuries thanks to the insertion in the facade of imported ceramic basins. Outside, along the street starting off from the Palazzo Pretorio, now bearing the name Via Boccaccio, stands the church of Saints Jacopo and Filippo, already erected during the second half of the 12th century, made entirely of bricks. The south side opened onto the road with two access portals. On the perfectly preserved apse, a cruciform single-lancet window opens, flanked by rhomboid openings with recessed frames obtained from the simple arrangement of the bricks with which the facing is made. The road would take the name of Via de Burgo, and would constitute the axis of urban growth during the 13th-14th centuries. Along the village street there are some residential buildings with a strong vertical character, such as the tower of the Palazzo Machiavelli complex. The same housing types can also be found in the oldest part of the castle, along the present Via del Rivellino, like the Lucardesi tower. In addition to the southern access gate to the older castle (later called Porta del Rivellino), two gates opened on the new walls that were built during the 14th century to surround the outer village, the Porta del Sole and the Porta degli Alberti, through which the village street issued. The latter still preserves the archivolt with the original form of an ogival arch. The walls near the Porta degli Alberti partly preserve the 14th-century bretèches, the projecting wooden elements at the summit. Leonardo depicted Certaldo in the forms reached by the castle during the 14th century, at the time of the greatest population expansion. In the famous map outlining the Valdelsa castle system, the profile of Certaldo can be recognized, represented as a castle surrounded by walls and defended by towers. Among these, the Medici semicircular bastion was certainly not included, built posterior to the Leonardo map (RL 12278), which is dated, as is known, to 1503.

The vicar Lattanzio Tedaldi, the cenotaph of Boccaccio, and Leonardo

In the church of Saints Jacopo and Filippo, on the left wall, the funeral monument is located that was created to honor Giovanni Boccaccio, who is buried in the cemetery of that church. The elements that make up the cenotaph, a marble portrait of the poet, a commemorative epigraph with an epitaph, and the family coat of arms, are all the work of the same hand, commissioned of Florentine sculptor Giovanfrancesco Rustici in 1503. Indeed, we even know that it was executed during the second half of the year, since it is certain that the work was ordered by the vicar of Certaldo, the Florentine Lattanzio Tedaldi, who took office in the second half of 1503. The circumstances that saw the creation of Boccaccio's cenotaph link not only artist and client—the Rustici and the vicar Tedaldi— but also the figure of Leonardo. Two years earlier, at the beginning of the 1500s, Leonardo was in Florence after a very long absence, a period of time spent above all at the court of the Duke of Milan. Back again in the city of Florence, Leonardo arranged his studio at the monastery of the Serviti della Santissima Annunziata. At that time, Giovanfrancesco Rustici was also renting a shop in that area, on Via dei Servi. And the same Lattanzio Tedaldi, who at the beginning of the 1500s was still in Florence, lived in the same area. Lattanzio Tedaldi belonged to one of the families of the city’s highest class. A character who was certainly up-to-date, and present within the philosophical and literary debate of the time, he is often remembered among intellectuals close to Ficino and the poet Filippo Buonaccorsi. Leonardo must have known Lattanzio Tedaldi if he wrote his name three times in three different memo lists, penned while he was still at the Santissima Annunziata: Codex Atlanticus, f. 331r; Codex Arundel, f. 191r; and RL 12675v. The last folio bearing the name of Lattanzio Tedaldi is the verso of one of the drawings of the hydrographic system of the river Streda, near Vinci, where Leonardo had planned to create an artificial reservoir in the place today called Serravalle. Also in one of the memo lists, that of the Codex Arundel, there is another reference to the territory of Vinci: when Leonardo pens the note la valuta del Botro "the currency of the Botro", probably making reference to the estate owned by his father ser Piero, which was in the community of Santa Croce, again, in the same area of the project by Leonardo depicted on the recto of folio RL 12675, where the name Lattanzi is found. Thus at the turn of the year 1501, the three, the future vicar of Cerreto, Lattanzio Tedaldi, the young sculptor, Rustici, and Leonardo frequented the same streets of the neighborhood surrounding the Santissima Annunziata, an area that would soon become central to the cultural elite of the city. The da Vinci and Rustici families had known each other for some time, and had the hopes that the two artist sons would spend time together. The youngest, Giovanfrancesco, trained in Verrocchio’s workshops, and Benedetto da Maiano, could thus have availed themselves of Leonardo's school and experience, already renowned for the unfortunate but impressive equestrian statue projected for the Sforza monument that was never completed. From the new shop in Via dei Servi the young sculptor had begun to weave a dense network of relationships that went beyond the environment of art, expanding to notable personages, writers, and humanists.
It is in this context that his first important public commission is inserted, the one offered him by the new vicar of Certaldo, Lattanzio Tedaldi, in the second half of 1503. This commission was decisive for the career of Gianfrancesco Rustici, which would reach its climax just a few years after the work of Certaldo, with its masterpiece, The Preaching of the Baptist. The sculptural group was commissioned in 1506 and cast at the end of 1509, to finally be raised to above the north door of the Baptistery in 1511. As Vasari recounts, the young sculptor did not want "others around except for Leonardo da Vinci" for the precious help the master could give him, especially at the time of the casting, which was carried out in December 1509. The two actually were very close during the previous year, in 1508, when Leonardo was back in Florence and lived where Giovanfrancesco Rustici's studio was. The two were already very close, but the solid friendship that united them blossomed just at the time of the commission of the Certaldo funeral monument in honor of Giovanni Boccaccio. 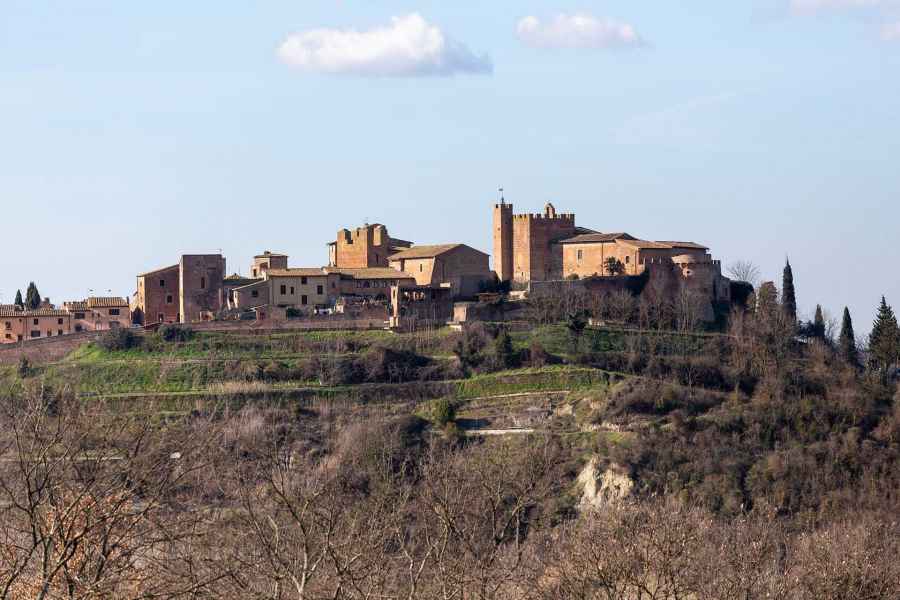 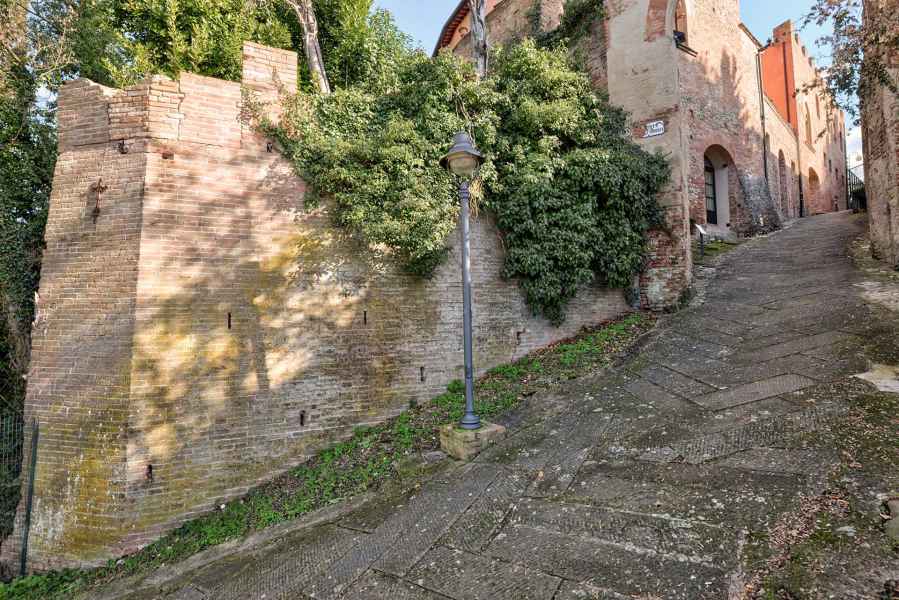 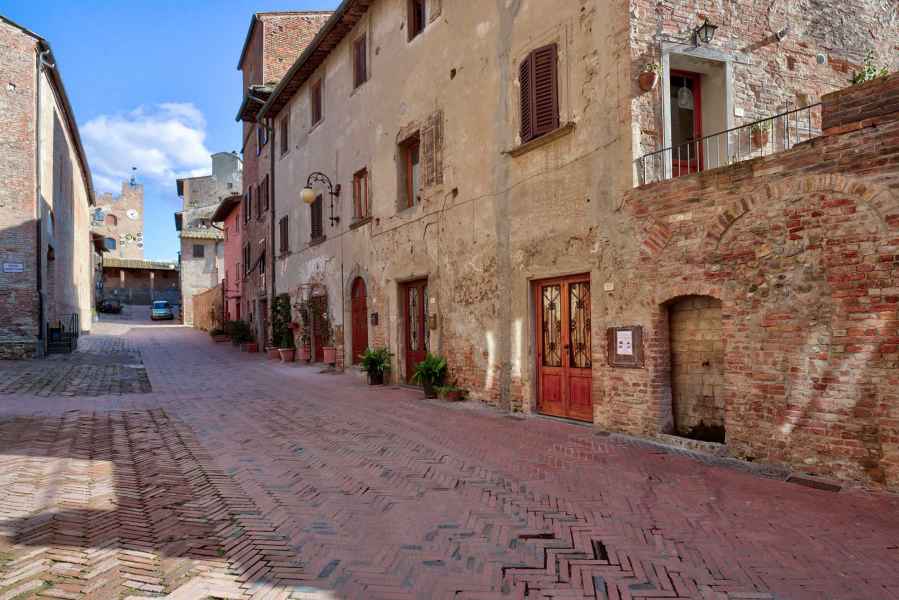 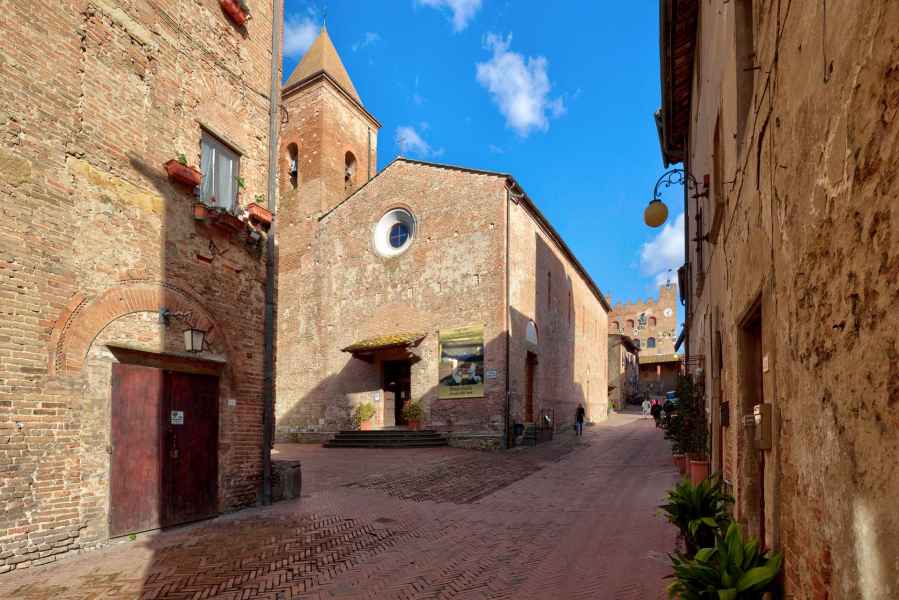 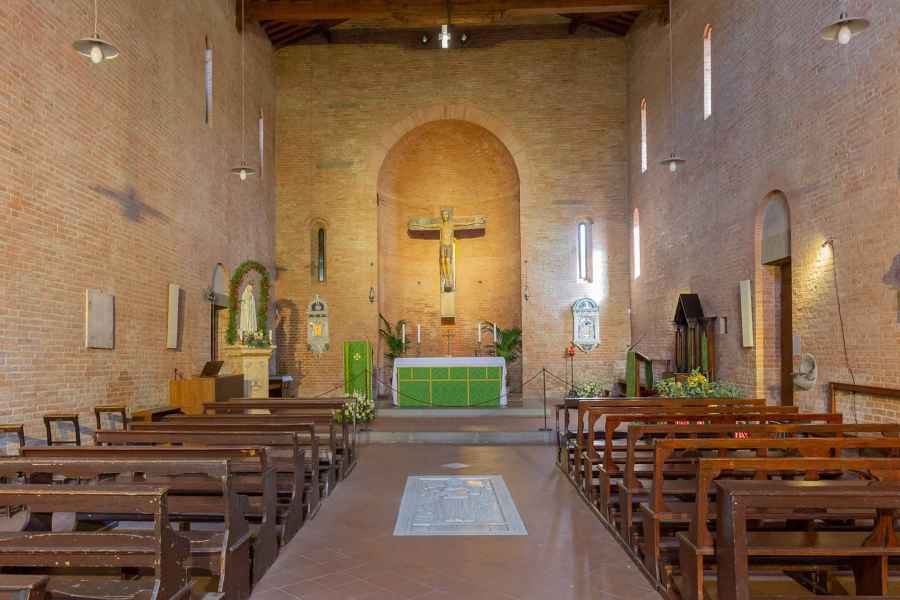 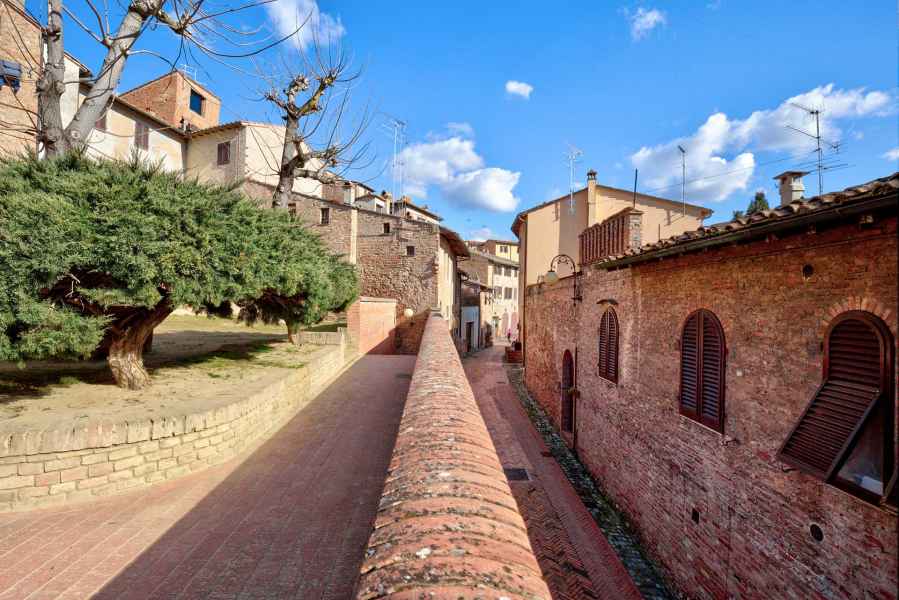 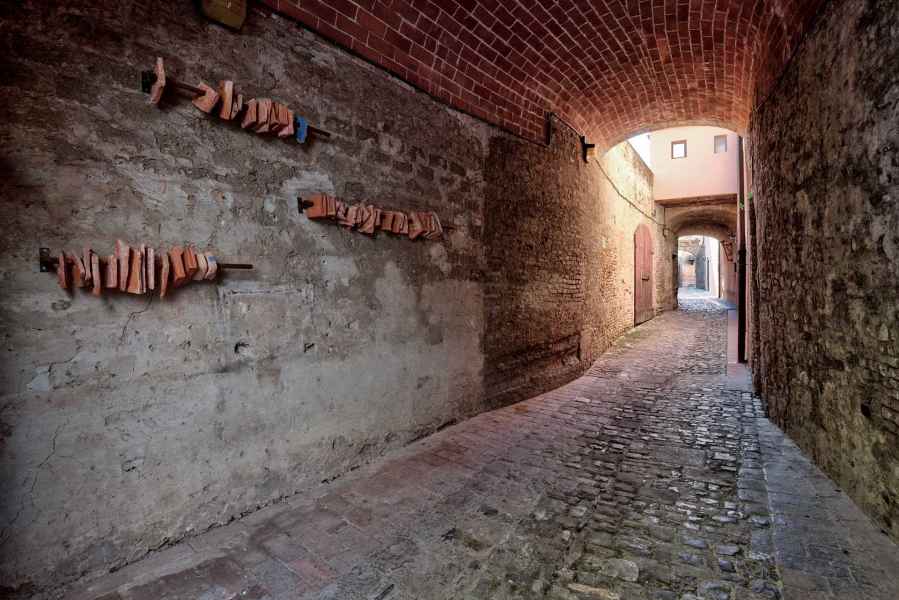 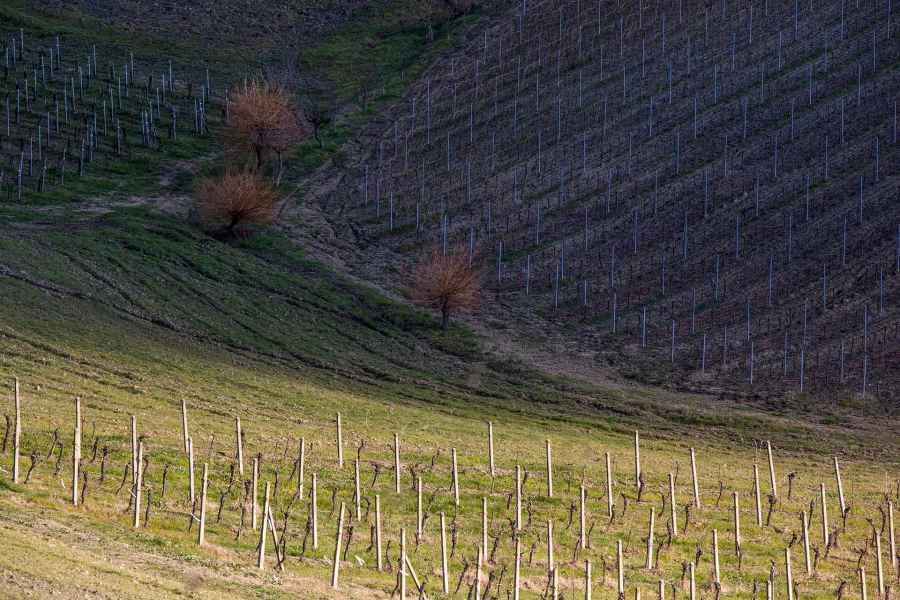 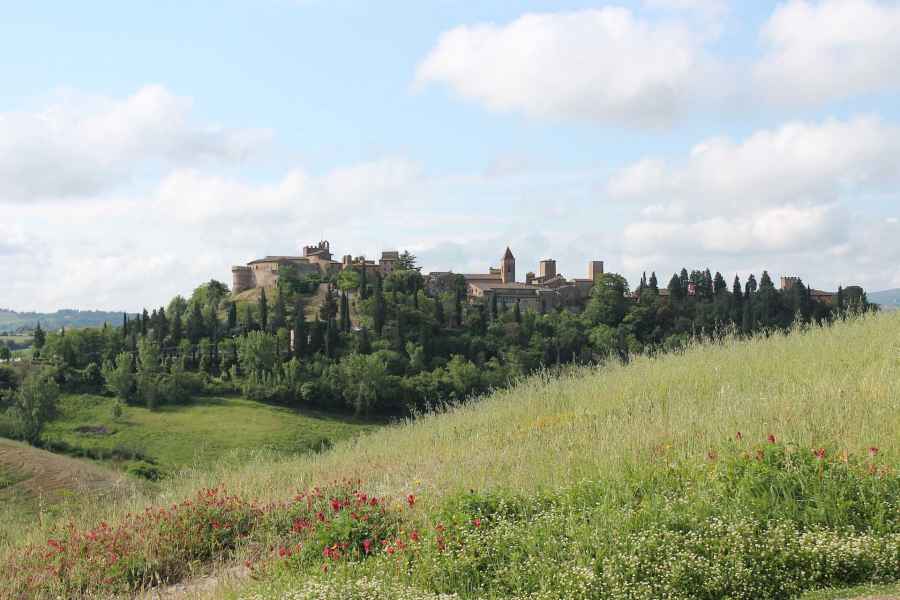 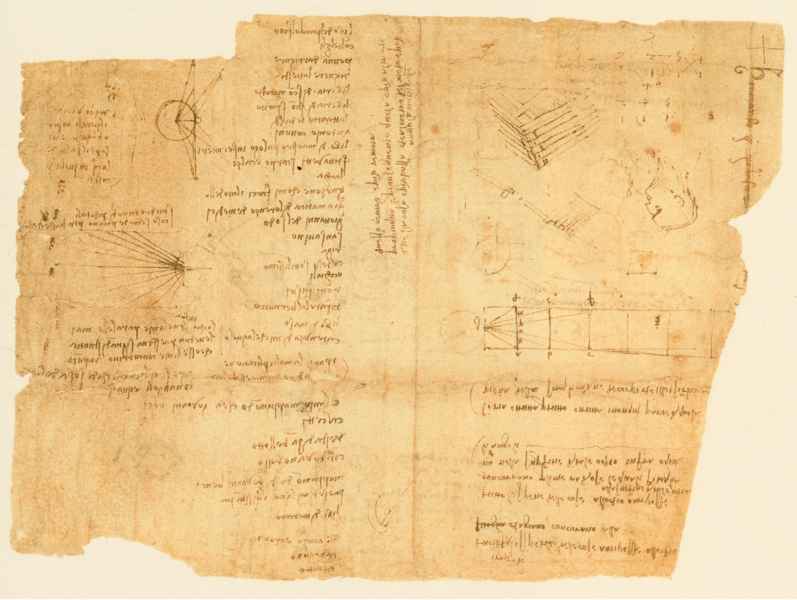 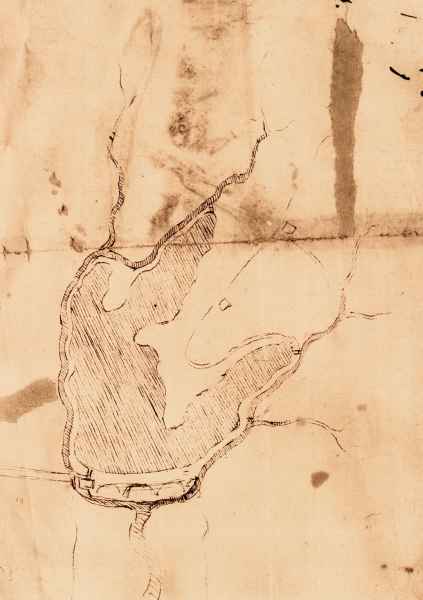 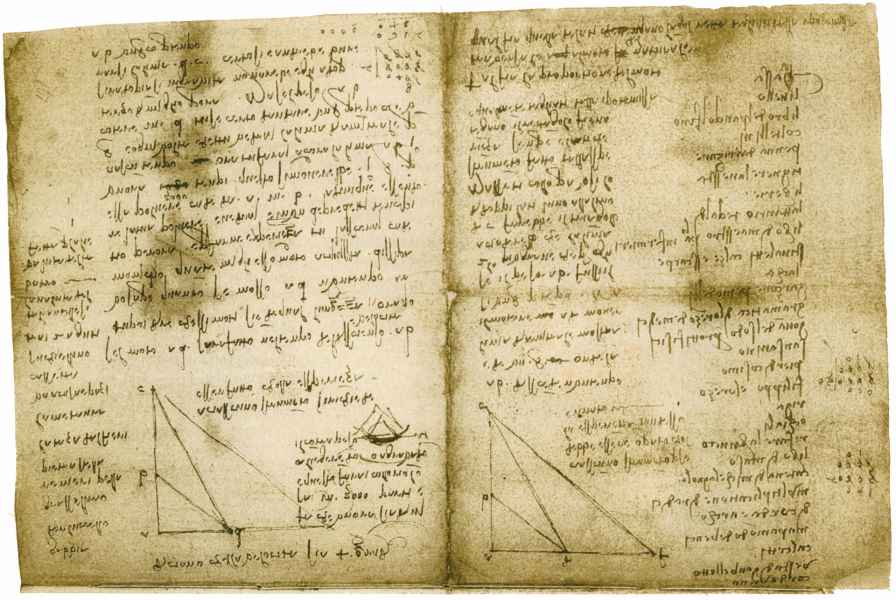