Bacchereto, in Leonardo’s time, was steeply on the rise as a center for production of glazed ceramic. Leonardo knew very well this small town situated on the Montalbano slope opposite that of his hometown, Vinci. In his most famous maps of the Arno Valley he reports, on Montalbano, a drawing of Bacchereto, which he depicts as a small town surrounded by walls (RLW 12685). In fact, the history of this tiny Renaissance village of kiln workers and ceramic makers has its roots in the High Middle Ages, when Bacchereto was a castle controlled by the bishop of Pistoia. The area of ​​the kilns, on the road running along the ridge of Montalbano, near Pietramarina, and descending toward Novelleto and Toia, is today part of the program of routes proposed by the Parco Archeologico di Carmignano.

The first mention of this small village of northern Montalbano dates back to 1138, but allows us to date the existence of the castle and the village of Bacchereto to the previous century. In 1138, Mingarda, the widow of an exponent of the rural nobility linked to the bishop of Pistoia, now in old age, made a donation pro redemptione anime to the bishop Atto of the castles and the villages of Bacchereto and Tizzana. The document goes on to say that this large group of goods had been handed over to the Mingarda family by legal means (ex cartula) from the previous owner, a certain Rodulfus. This personage had lived in Pistoia in the first half of the 11th century and belonged with certainty to one of the emerging groups of families of the city by virtue of its special bond with the bishop. So the castle and the village of Bacareto existed at least since the mid-11th century and belonged to one of the families of the entourage of the Bishop of Pistoia. In 1138 the entire share of the castle and the village of Bacchereto was given pro remedio anime to the bishop Atto, the holy bishop who promoted in his city, Pistoia, the special Compostelan devotion for the Apostle James. At the time of Sant'Atto, the church of Santa Maria was inside the castle of Bacchereto, then dependent on the parish church Seano of Pistoia.

Bacchereto in the 13th century, between Pistoia and Florence

During the course of the 13th century the small bishop's castle was gradually incorporated into the districtus of the city of Pistoia, even though, due to its border position, it was on several occasions involved in Florence's attempts to advance beyond its limits, which, at the time, coincided with the Arno. In the middle of the 13th century Bacchereto is present, together with Carmignano, in the lists of the rural municipalities of the districtus of Pistoia (Liber Focorum). With the end of the bloody war between Florence and Pistoia, an act of the part of the Pistoians, signed in the municipal square of Bacchereto in 1314, confirms to the representative of the city of Pistoia the possession of the castle and the municipality of the homines de bacchereto. However, a few years later, in 1329, this part of Montalbano, including Carmignano and Bacchereto, passed definitively to Florence. At this time the castle must still have been defensively walled, as we read in the description dating back to the early 14th century: "Castrum Bacchareti cum muris merlatis undique et cum una domo pro abitatione notarii dicti castri." Inside the wall circuit the church of Santa Maria had, by this point, assumed the dignity of parish level: the castle church is registered, in fact, as a parish church, at least since 1276.

The castle of Bacchereto at the time of Leonardo

In the renowned bird's eye map RLW 12685, Leonardo draws Bacchereto with a wall circuit that encloses very few buildings. It is possible that with this sketch Leonardo wanted to represent what at the time was probably the site of the ancient parish church of Santa Maria, still surrounded by the walls of the castle, as observed by recent archaeological investigations. The late 16th-century map of the Capitani di parte Guelfa, also, shows a vast open area, the piazza di Bac[h]ereto, with two elms in the center, dominated by a small circular hill where the ancient parish church stood. Continuing on the main road on the way out from the piazza, next to the casa del comune (municipal house), one climbed towards the ridge of Montalbano, toward San Giusto and Pietramarina, crossing some localities of Leonardian memory: Toia and Fornia.

Leonardo, the illegitimate son of Ser Piero di Antonio da Vinci, would have spent the years of childhood and early youth entrusted to the care of his paternal grandparents and uncle, in the house of the village of Vinci. Grandmother Lucia was originally from Bacchereto, and she also was the daughter of a notary, Piero di Zoso. However, her family of origin had made its fortune through production and trade in pottery, the famous ceramics of Bacchereto: Zoso, the oldest ancestor we know of the family of Leonardo's grandmother, was in fact a pottery vender. Zoso di Giovanni is mentioned in Bacchereto back in 1371, and at the beginning of the 15th century, he produced "earthen bowls," with which he supplied one of the oldest hospitals in Prato. Grandmother Lucia's family had several properties in Bacchereto (certainly a house in Torre), some of which, in the second half of the 15th century, were no longer useful for this family branch, who were by this time dedicated to the notarial practice. In fact, afterward, Lucia's father, notary Ser Piero di Zoso, and also his brother, Baldassarre, became notaries. In 1480, Ser Baldassarre of Ser Piero di Zoso, Leonardo’s great-uncle, declared that he still possessed, in that of Bacchereto, a house in the locality of Toia and another house "with pottery kiln" in the locality Croce a Toia. Only two years later, these assets were ceded to Leonardo’s family through an act of donation. It was a complex of properties, of the not inconsiderable value of 300 florins, which included a house “for the lord” and two “for workers,” together with agricultural lands (grain and fodder), olive groves and vineyards, scattered in the area located just east of the settled area of ​​Bacchereto, along the road that still today bears the name Via di Toia. Along this road a plaque on a farmhouse recalls the "Casa di Toia" that tradition would recognize as the home of Leonardo da Vinci’s grandmother.

Leonardo mentions Bacchereto only once in his papers, when in a note in the margin of some drawings of machines and the sketch of a male profile, he mentions the debt of a certain "Francesco d'Antonio in Firenze e compare in Bacchereto" (Francesco d'Antonio in Florence, and godfather in Bacchereto; Codex Atlanticus, 878v). Leonardo had certainly frequented Bacchereto at a young age, where the relatives of his grandmother Lucia were still living. It was here, perhaps, that he could have begun to practice in the modeling of clay (we can recall the renowned female heads di terra (of clay) mentioned by Vasari in his Lives), and in the observation of the furnaces, mentioned on several folios of the Leonardo codices (Codex Atlanticus, ff. 87r and 188r; Madrid II, ff. 142r, 149v, 87v; Book of Painting, c. 22r; Paris Manuscript G, f. 47r). Leonardo draws the upper part of Bacchereto as it must have appeared in his time, with the parish church of Santa Maria inside the tiny wall circuit that is probably still well recognizable (RLW 12685). Further, in another famous map, the bird's eye view of the Arno Valley (Madrid II, ff. 22v-23r), together with the usual localities of that side of Montalbano (Bacchereto, Carmignano, and Verghereto), Leonardo also reports the locality Fornia. This toponym refers to a minuscule village that was, at the time of Leonardo, along the road that descended from the ridge of Montalbano towards the family home of Leonardo's grandmother, in Toia.

AIn Leonardo's time, most natural pass for going to Bacchereto was the one that went up from Anchiano on Montalbano toward Sant'Alluccio. However, to reach the area of ​​Toia it was easier to descend from the ridge, passing through the pass near Pietramarina. The roads drawn on the maps of the Capitani di Parte Guelfa that descend from the Montalbano ridge toward Toia and then Bacchereto passed, in Leonardo’s time, near the locality Fornia. Along this road are concentrated all the places where active kilns are attested to in Bacchereto between the 14th and 15th centuries, including also the area of ​​Novelleto, where in 1974 large quantities of ceramic fragments were found referable to the activity of a kiln during the 15th century. The ceramics recovered, already the subject of an initial exhibition in the Archaeological Museum of Artimino, today constitute the collection of the new Antiquarium of Bacchereto Pottery, set up in the cellars of the ancient parish church of Santa Maria.
Texts by
Silvia Leporatti / English translation by John Venerella
Related resources
Related places
Gallery 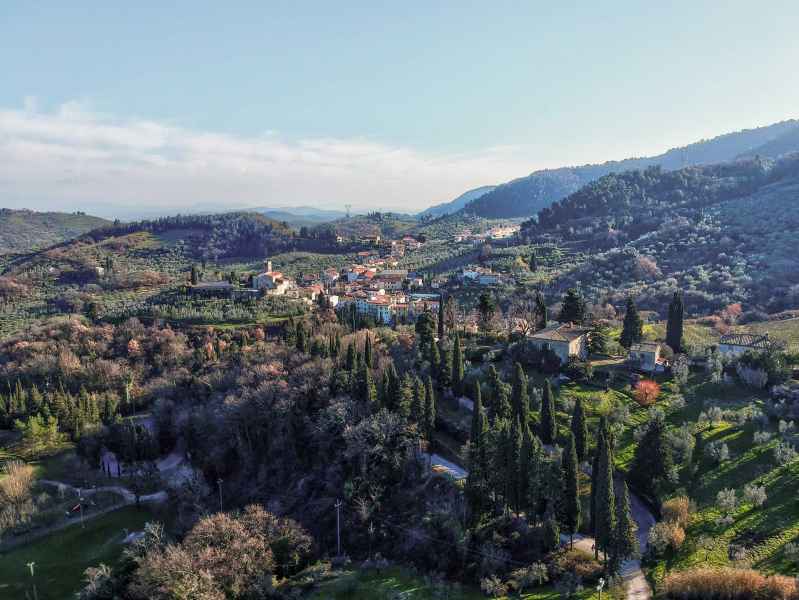 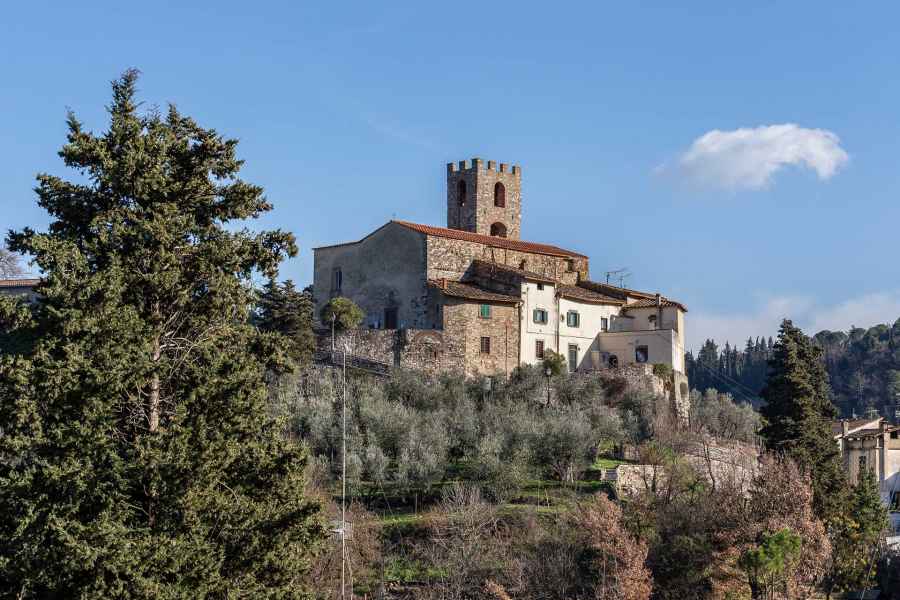 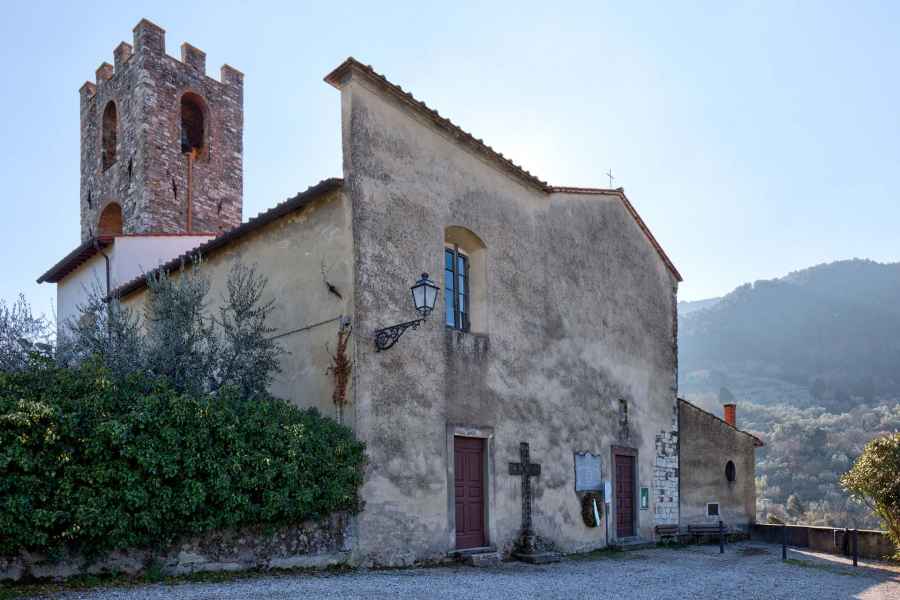 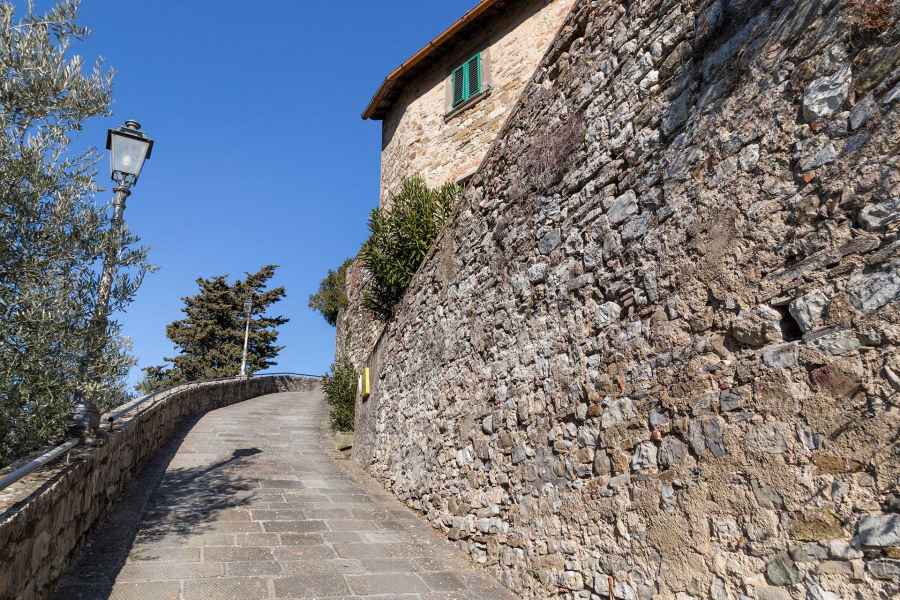 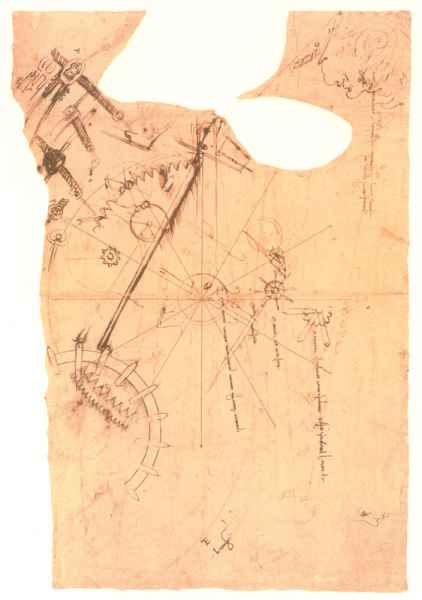