The fortified center that Leonardo represented on the map RLW 12278 with the name of "Spertoli", immediately above the name for the body of water "Vergigno", is the town of Montespertoli. At that time, at the beginning of the 16th century, the most substantial part of the town was the village built outside the oldest fortified nucleus, around the Mercatale area, the economic and political heart of the new center of Montespertoli. The stately building (today the property of Baron Sonnino) that still dominates the town from the east, occupies the site of what must have been the ancient castle of Montespertoli.

The first attestation of works of fortification for the place called since the year 1000 "Monte Sighipertuli", "Montipertuli", or "Monte Spertuli", dates back to the end of the 11th century. A map from 1093 informs us, in fact, that the lord of the place, an exponent of the Ghisolfi family, was to have taken provisions in previous years to fortify a high point of his property, the castle of "Collepertuli". The deed was drawn up in Catignano, where Ildibrandino del fu Pagano of the Ghisolfi and Count Ughiccione, a member of the Cadolingi family, were present. One of the most interesting aspects of the document is that it brings to light the fact that the main protagonist, Count Ughiccione, had financially helped the Ghisolfi for the construction of certain masonry works and that the commitment was aimed, it would appear, toward realization of the fortifications of "Collepertuli". From this moment on, in fact, Montespertoli appears in the documents as a castle. A map from 1097of the monastery of Passignano, for example, mentions a castrum in a place called "montesipertuli". Subsequently, in 1134, we find some eminent characters drawing up a deed "in castro de montibertuli". These were the last exponents of that family branch of Ghisolfi still linked to the castle of Montespertoli, and who, nonetheless, do not appear to have descendants beyond the middle of the 12th century. During this century, in fact, the castle was part of the property of another noble family, that of the de Calebona, who also owned the nearby castle of Lucardo. This occurred probably due to the bond that had been created at the time of the construction of the castle of Montespertoli, between Ranieri di Ghisolfo of the Ghisolfi and Ghisla, daughter of Teuderico di Ildebrando, of the de Calebona family, (who was called, on one occasion, Teuderico "de Lucardo"). Thus, as the Ghisolfi branch was running out, the castle of Montespertoli passed into the hands of Teuderico da Lucardo’s descendants. During the 12th century the leading exponents of this branch of the family are mentioned in written sources as domini "de Montespertoli". Already by the beginning of the 13th century, however, this lineage of castle lords was henceforth resident in Florence, and known by the name of the eponymous castle, that is to say, the family of the "Da Montespertoli".

The Florentine family of the "Da Montespertoli" came to an end at the close of the 14th century. Subsequently the castle, by this point having exhausted all military functions, passed into the hands of the Machiavelli family, as did the nearby castle of Lucardo. The family's coat of arms is visible on the well at the market square, today Piazza Machiavelli. The history of Montespertoli and its urban development, which took place well beyond the limitations of the site of the ancient castle, coincides with the history of the development of trade along the Via Volterrana. Along the road, which skirted the property of the castle of Montespertoli, developed the Mercatale, the venue of the weekly market, which during the 15th century was officially moved from its ancient site, near the parish church of San Pietro, to the space most easily available in the extramural castle suburb. The triangular shape of the market square (Piazza Machiavelli) has its origin as an extension of the bifurcation of the road that came from the northeast toward Montelupo and Castelfiorentino.
Texts by
Silvia Leporatti / English translation by John Venerella
Related resources
Bibliography 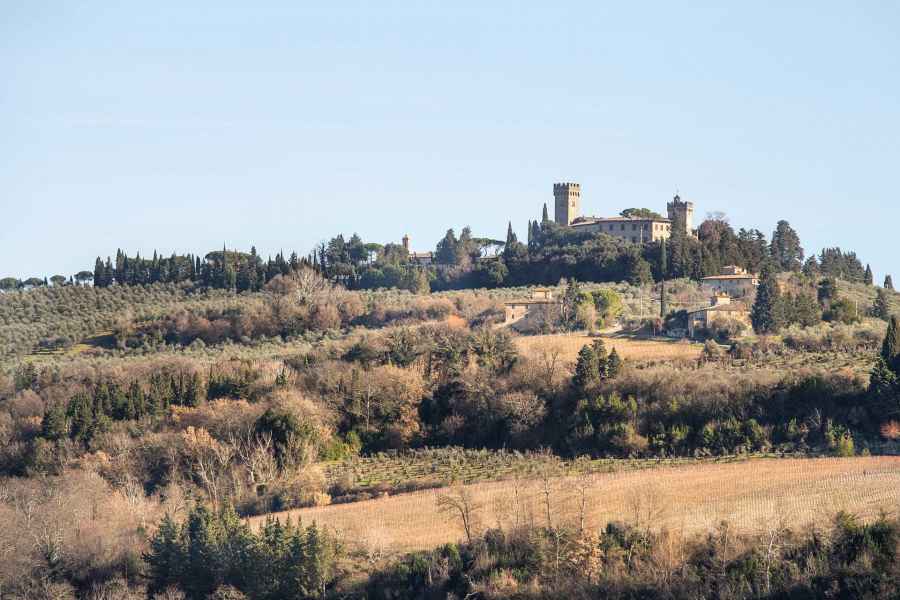 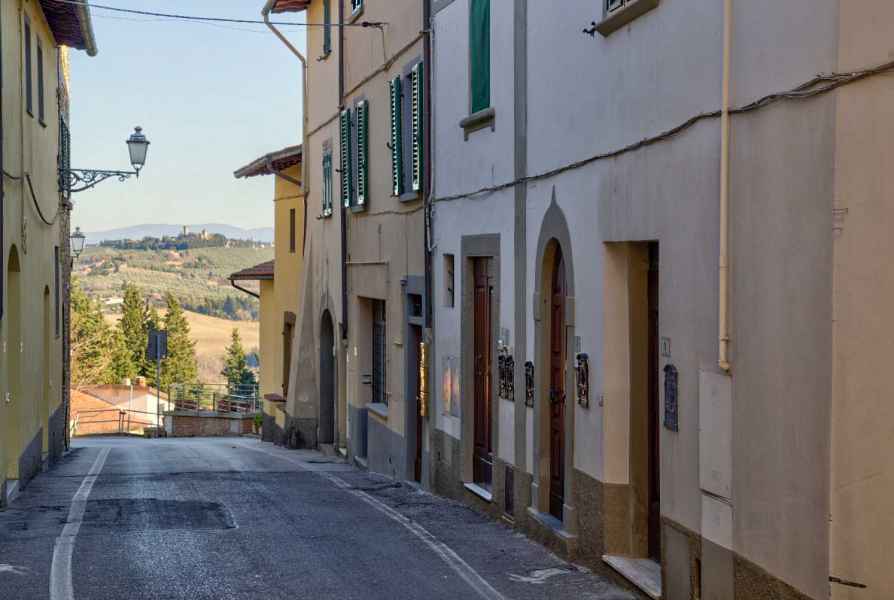 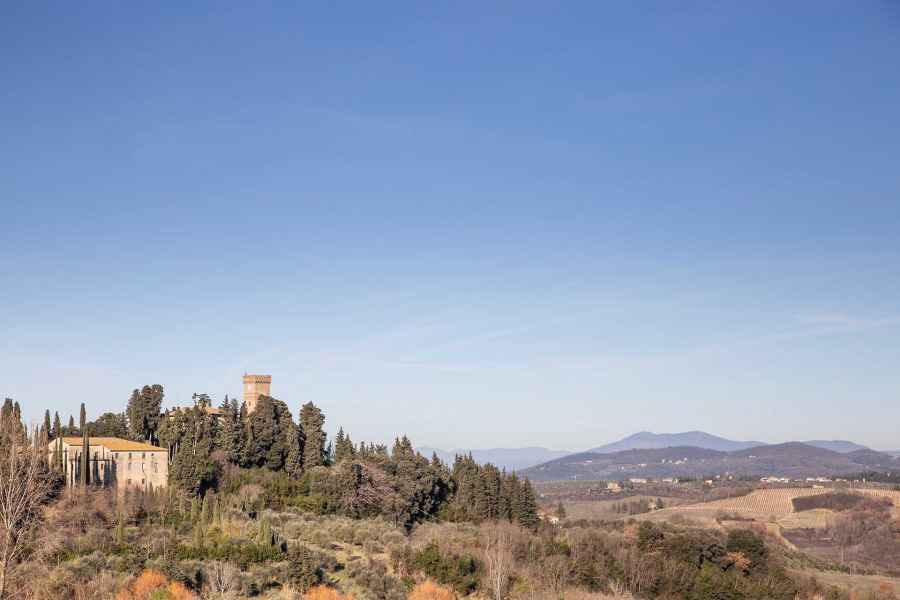 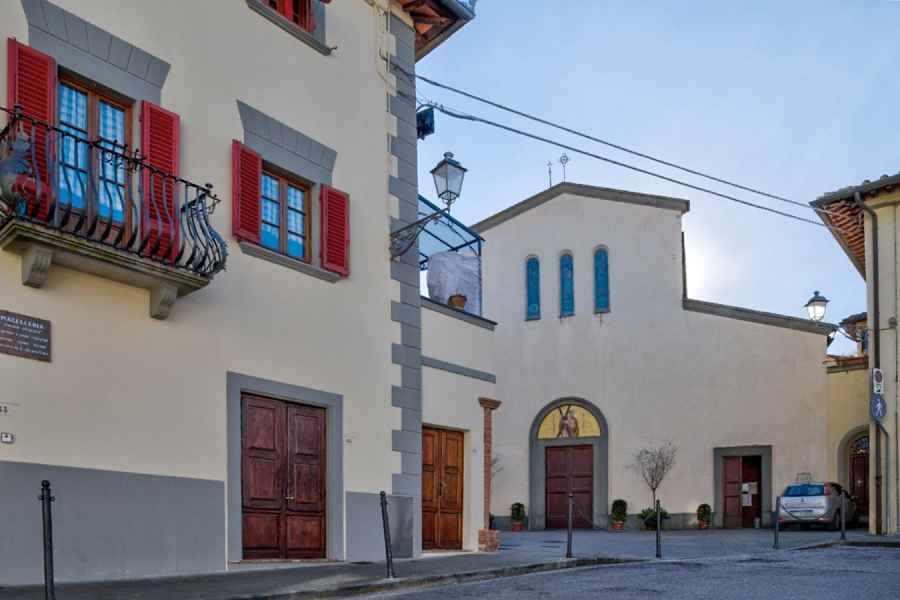 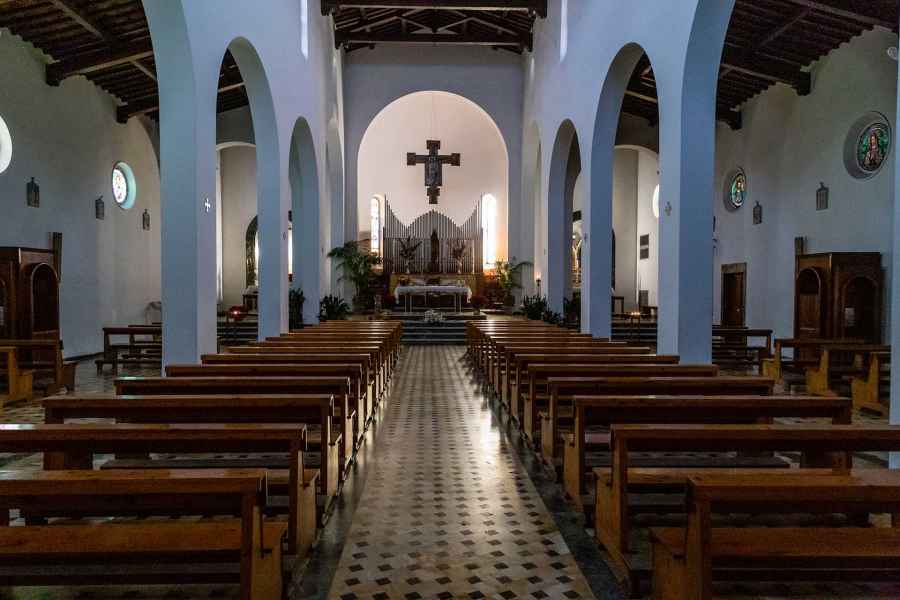 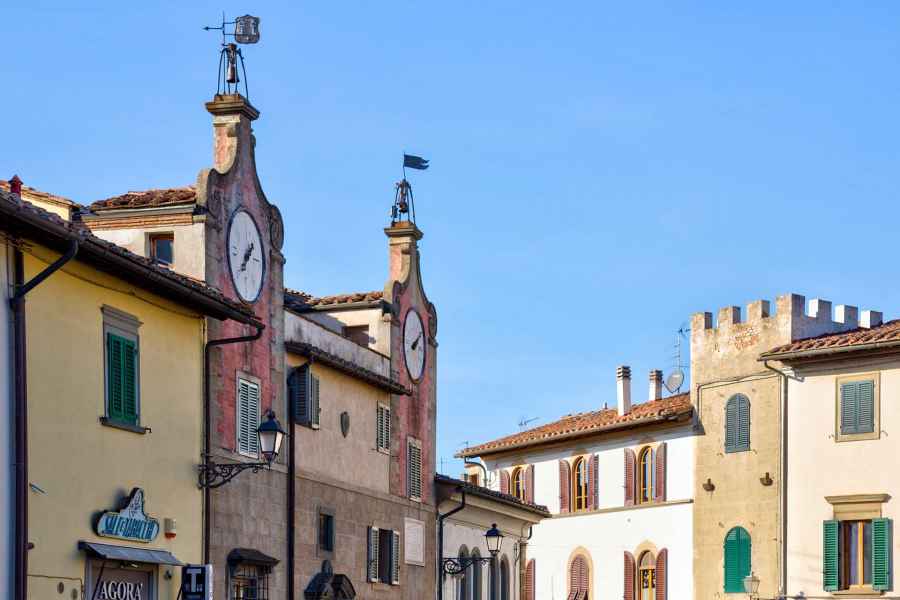