The locality, situated on the eastern hills of the Valdelsa, is part of the municipality of Montespertoli. The current settlement bears traces of its origins as a castle of the Middle Ages, the form, in fact, in which Leonardo drew it in his famous bird's eye view of Tuscany RL  12278 (Windsor collection). The small turreted village of Leonardo’s map, marked with the toponym "lucardo", corresponds to the compact village of Lucardo Alto, where some parts of the ancient medieval castle are still visible.

The first attestation of the toponym "Lucardo" dates back to the Early Middle Ages (to be precise, to the year 767), linking this place in some way to the city of Pistoia. The document providing attestation was the private act by means of which one of the most important figures of Longobard lineage, the medicus regio Gaiduald, endowed the suburban monastery of San Bartolomeo. Among the assets donated, the "curtem in Lucardo" is mentioned, with all its appurtenances, meaning houses, vineyards, lands, meadows, pastures, woods, etc. The reference made is the mention of a substantial core of land and other real estate that were to be the point of reference for the farm headquarters, the so-called curtis, namely, a physical place called "Lucardo". It is very likely that the lands of Lucardo belonged originally to the royal fiscal system, as evidenced by two maps of the year 998 that mention this location. The first document mentions Lucardo among the properties donated by the Marquis Bonifacio to the powerful imperial abbey of Marturi, and subsequently confirmed by the owners of the March of Tuscany. The second document, again from the year 998, confirms the special nature of these lands and the link that they subsequently had with one of the most important noble families in Tuscany, that of the Cadolingi: being, in fact, the imperial diploma by means of which Otto III placed the church of San Salvatore a Settimo—along with the churches of San Martino alla Palma and San Donato a Lucardo—under the direct protection of the Empire. At that time the emperor was in the city of Pistoia, the city of which, right at the end of the 10th century, the Cadolingi lineage—future patrons of the monastery of Settimo—boasted the title count. If the close connection between the Counts of Fucecchio and the lands of Lucardo is thus demonstrated, the following documentation shows the existence of other personages and bodies holding rights in this territory, and on what, at least since the mid-11th century, has been called "castle" of Lucardo.

In a document from 1071 belonging to the collection of the Florentine church of Santa Felicita, there appears a character, Teuderico "de Lucardo", whose name makes display of the close relationship that must have linked him with the castle. He was a prominent character: he belonged to a branch of the noble family called "da Callebona" ​​(Callebona was the castle of origin of the lineage). Teuderico da Lucardo appears in numerous documents from the second half of the 11th century, from which emerges his link with the city of Florence, and in particular, with the monastery of Santa Felicita. He also had ties with noble lineages such as the Cadolingi and the Aldobrandeschi. Later, exponents of the de Calebona seem to have been linked particularly to the family of the Alberti, who, as noted, would become protagonists of the fates of many of the castles of the Valdelsa during the period of the renowned Semifonte War.

The castle of Lucardo, the Counts Alberti, and the Semifonte War

In fact, during the 12th century, the Counts Alberti had considerably increased their strength in these areas, as well, partly thanks to the acquisition of the lands and the Valdelsan castles deriving from the so-called Cadolingian heritage. In the second half of the century, they owned the castles of Certaldo, Catignano, Castelfiorentino, Lucignano, Pogni, Salivolpe, Ripa, and the castle of Fondignano, no longer standing. The interests of the Alberti for the Valdelsa then became concrete with the ambitious project of founding a new center, Semifonte, destined to control the strategic and commercial node of the road network hinging on the Via Francigena. The new foundation of the Alberti was populated by families originating from neighboring towns, including Lucardo. The hostility of the city of Florence towards the ambitious project culminated, as noted, in a war that led to the destruction of Semifonte and of several of the castles of the middle Valdelsa, but does not seem to have seriously involved the castle of Lucardo. It is possible that, following the event of destruction (1203), some families originating from Lucardo returned to their ancestral place of residence. In fact, it appears that within the village of Semifonte there was a functioning church dedicated to San Lazzaro, and that after the destruction, the title was transferred to Lucardo, probably as a result of the return of the Lucardo families from Semifonte. After 1203, the church of San Leonardo, located near the castle of Lucardo, appears in written sources with the new title of "San Lazzaro a Lucardo".

At the beginning of the 13th century, Lucardo, organized as a rural municipality, was henceforth definitively part of the Florentine contado. The municipality of Lucardo di Valdelsa was, in fact, involved in a judicial process carried out in 1213 in San Miniato, presided over by an imperial judge. At the beginning of the 14th century, the castle of Lucardo was claimed as belonging to the empire by Arrigo VII. Furthermore, at that date, its defensive structures must have been quite efficient, and it must have been used as a point of refuge in times of great danger, such as when faced with the raids of soldiers, characterizing the area throughout the 14th century. Nonetheless, during the same century, one of the most conspicuous land estates of the Val di Pesa was taking shape around the castle of Lucardo, marked by the entrance of the civic capital (among others, the Machiavelli) into what were formerly the possessions of the Cadolingi, and then of the Alberti, foreshadowing the functional transformation of the castle into a country villa. Leonardo in fact drew the villa-castle of Lucardo bearing the typical forms of a fortified village, still surrounded by walls, as it must have appeared at the beginning of the 16th century, and how we can imagine it, basically, today.

The material structure of the castle of Lucardo

The castle walls must have surrounded what today is called Lucardo Alto. Of the defensive apparatus, which can be intuited by following the external, continuous line of the buildings, the access door and a portion of the surrounding wall, all made of stone, remain visible. The door of the castle presents a round arch in brick, probably referable to a subsequent reconstruction, as probably also the overhanging corbels visible on the upper part of the façade. Above the arch of the door, there is a coat of arms in stone belonging to the noble family that took possession of it in modern times (the so-called "Lucardesi"). The small castle had an elongated shape, with a small open space toward the center, trapezoidal in form. A massive stone building can still be seen on the square. The tower, with a square plan, now reaches only the height of two floors, still recalling the traces of some arched openings.
Texts by
Silvia Leporatti / English translation by John Venerella
Related resources
Bibliography 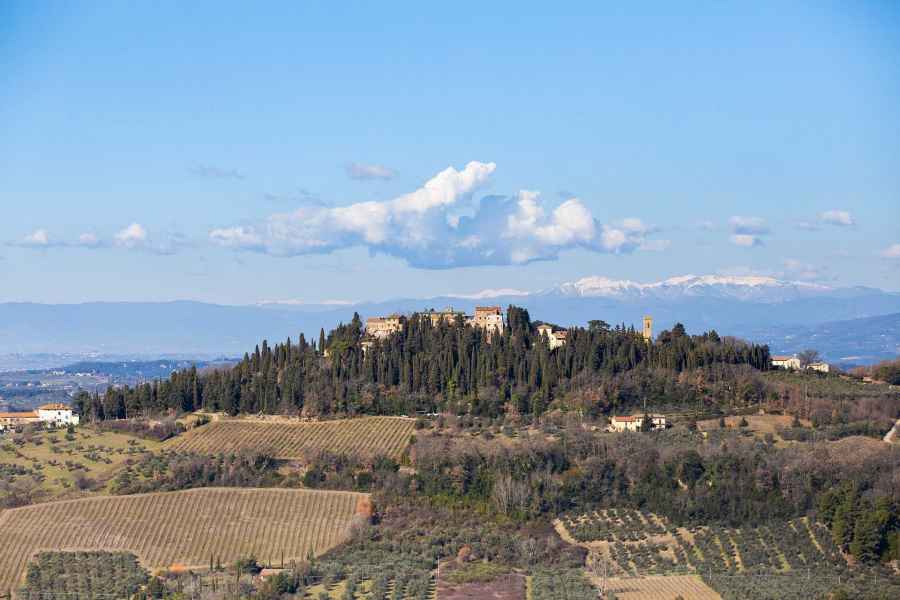 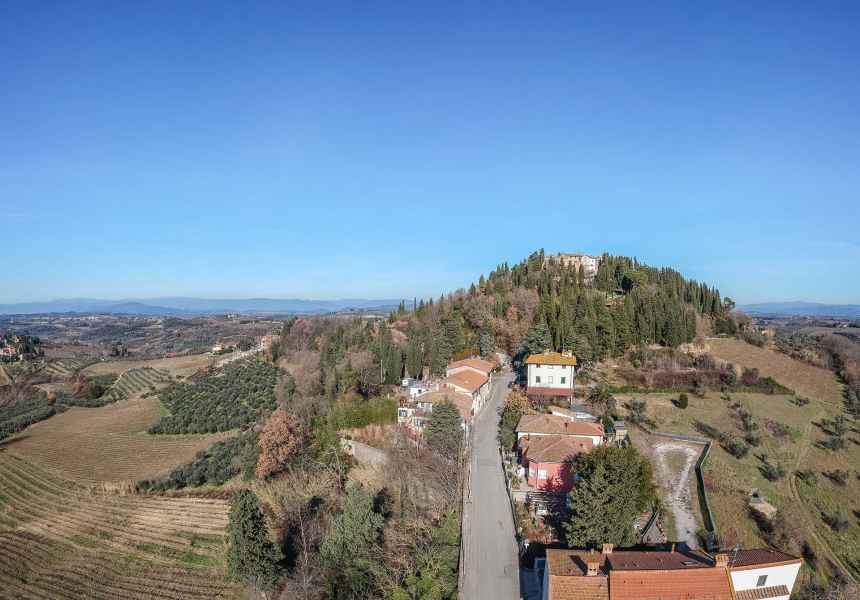 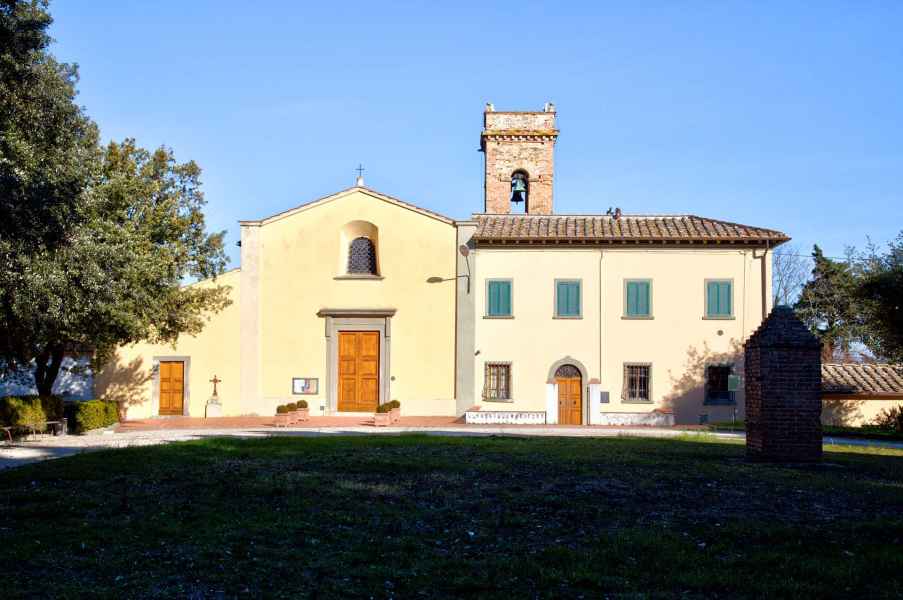 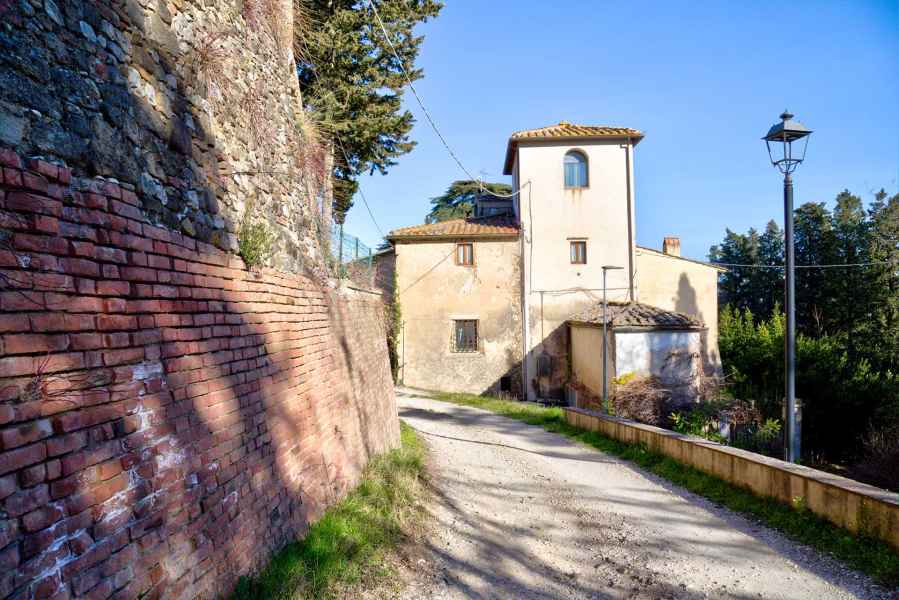 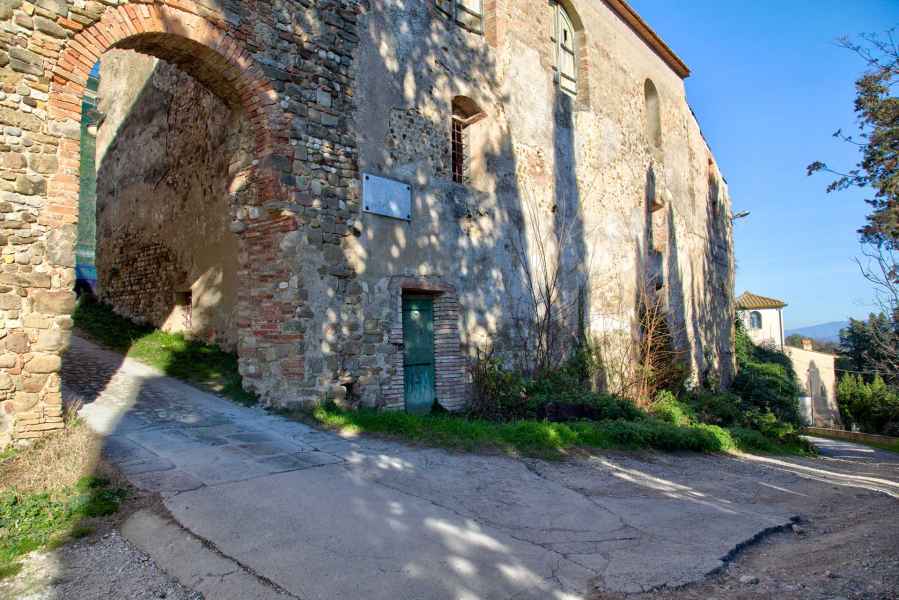 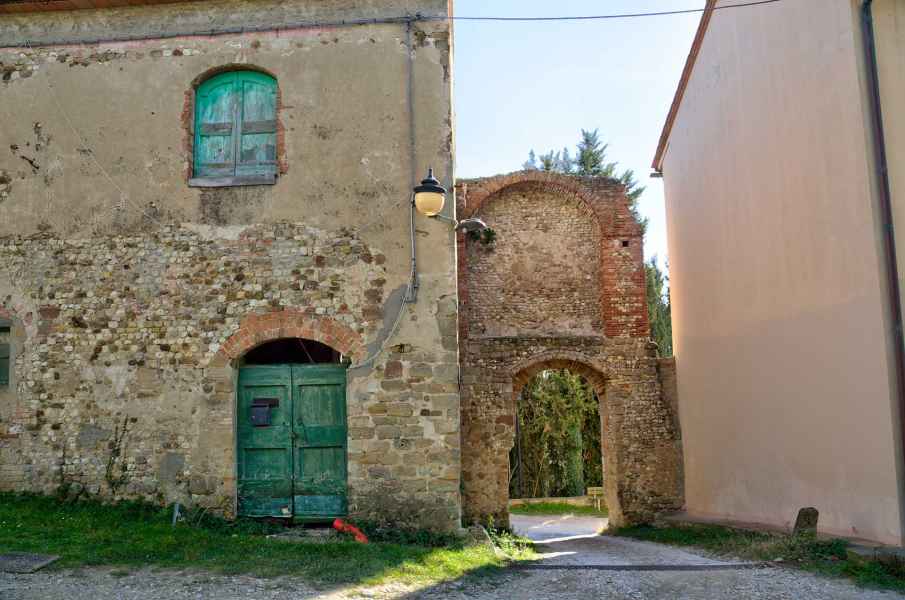