The small turreted village that Leonardo represents in the map RLW 12278 on the right of the river Elsa, between Cambiano and Monterappoli, is indicated with the clearly legible toponym "granaiolo." This is the ancient castle of Granaiolo, as Leonardo must have been able to observe it at the beginning of the 16th century. The structures of the castle are not preserved, but the site must nevertheless correspond to the place where the building complex of the farm of Villa Pucci of Granaiolo stands today, in the municipality of Castelfiorentino, currently used as a farming business..

The origins of Granaiolum and the Via Francigena

The earliest attestation of the toponym dates back to the second half of the 12th century when "Granaiolum" appears among the possessions granted by Emperor Frederick I to the Counts Guidi. In fact, during the course of the 12th century, this noble family had increased its presence, not only in the lower Valdelsa, where it had undertaken the foundation of the new castle of Empoli, but also in the upper Valdelsa, with the re-founding of Poggibonsi. Between the Arno and the Elsa, the Guidi controlled the important castle of Empoli and the castles of Granaiolo and Monterappoli. The position of Granaiolo and the documented presence of a canonical foundation in its areas immediately adjacent (San Matteo a Granaiolo) has highlighted its function as a strategic center of the system of roads of the Via Francigena. Granaiolo and the rectory of San Matteo would have constituted one of the stages of the path that developed on the Elsa valley bottom during the 12th century. As an alternative to the traditional route, once beyond Poggibonsi, the new route would have continued on the right bank of the Elsa, touching Certaldo, Castelfiorentino, Granaiolo, Monterappoli and Torrebenni, and then beginning the Arno pass.

Granaiolo between the 13th and 14th centuries

During the course of the 13th century this small Valdelsa town would follow the events that saw the city of Florence moving toward the construction of its comitatus. Indeed, Granaiolo was situated on the border between the territories of the city of Florence and of San Miniato, an imperial castle that was then in rapid ascendency. In 1297, Florence intended to redefine this boundary line that coincided substantially with the Elsa River. The Florentine prescription, in the form of the letter sent to all concerned communities, recalls Granaiolo also among the rural municipalities that had specifically to deal with the defense of the border on the Elsa. Listed together with the municipality of Granaiolo are the communities of Empoli, Borgo Santa Fiora, Monterappoli, Castelfiorentino, Catignano, Gambassi, Montignoso, and Certaldo. The particular strategic position of Granaiolo appears evident in the first document that speaks of this place as a castle. In 1312, in fact, the castle of Granaiolo was claimed by Henry VII as belonging to the Empire. At the time when Henry VII, who had arrived in Italy, stopped in Pisa, the boundary of the Elsa became the Guelph outpost at the western limit of the territory controlled by Florence.

In the second half of the 14th century the measures initiated by the Florentine Republic in order to defend its territory provide some information on the material aspect of this small rural municipality. It turns out, in fact, that between 1366 and 1370, the male population of San Matteo in Granaiolo enjoyed tax exemptions for their work on the fortification or refortification of Granaiolo. We do not know whether it was a situation of constructing defenses that did not exist at all, or a renewal. In any case, in 1376, the umpteenth provision of Florence refers to the villa sive castro Granaiuoli (village or town of Granaiuoli): by the end of the 14th century, therefore, Granaiolo must have looked like a small walled village. The same document of 1376 provides interesting information on the material aspect of the castle: there is talk about the sale to the highest bidder of some houses and other buildings that were built, not in masonry, but with walls in pressed earth (de terra ad arcas). This refers evidently to the building technique known as "pisè", in use throughout the lower Valdarno until modern times, which involved the construction of pressed earth walls molded using formwork (arcas). The Florentine provision of 1376 specified that the buildings made with this technique would have required continual maintenance costs, making quite evident the reason for choosing to sell off those properties. This information on the material aspect of the buildings of Granaiolo suggests, as a hypothesis, the extreme ease with which parts of the castle, so difficult to preserve, may have undergone rapid deterioration when definitively abandoned or transformed. However, in the 15th century, the castle was still standing: the statements reported in the Florentine land registry of 1427 speak of different buildings positioned inside the castle, still surrounded by the "muro chastellano" (castle wall). Inside the castle one could even find rather articulate building complexes, such as the “podere chon chasa e uno casolare e parte di una torre” (farm with house, a farmhouse, and part of a tower). One also can intuit the existence of a certain organization of interior spaces. There must have existed a small internal road system: one road was called "Via Salimegro". One part of the castle was called "Borghetto". What was referred to as "Borgho Vecchio", on the other hand, must have been outside the castle walls. Here the church of Santa Maria was situated, attested to in written sources from the late 13th century. The small church of the village of Granaiolo remains, even if not structurally present, at least in the name of the chapel annexed to the Villa Pucci, which still bears the title of Santa Maria al Borgovecchio. The parish church of Granaiolo, however, was San Matteo, which was located downstream from the castle, near the River Elsa. The prior, charged with the management of the complex of structures of the rectory of San Matteo, lived in the castle as reported in a declaration of 1427: “casa nella quale habita il priore” (house in which the prior lives).

The complex of Villa Pucci at Granaiolo was built by the Florentine family between the 17th and 18th centuries. We know, however, that the Pucci family had several possessions in this area already around the middle of the 15th century. It is possible that the realization of the stone ciborium dated 1457 should be attributed to them, being a part of a re-outfitting of the chapel annexed to the villa, the Santa Maria al Borgovecchio. The toponymical data would suggest that the area occupied today by the Villa Pucci may correspond to the Borgo Vecchio mentioned in written sources, that is, the space external to the castle walls. Of the structures of the castle of Granaiolo, as it was drawn by Leonardo at the beginning of the 16th century, no material traces remain, however it is likely that the small walled and turreted village occupied the plateau on which the Pucci farm is located today. The rectory of San Matteo, which functioned as the parish church of Granaiolo, was located a few hundred meters from the castle, further downstream, near the River Elsa. It must also have functioned as a resting place, for its being situated next to the route of the Via Francigena along the valley bottom, a path that developed on the right side of the Elsa during the 13th century. The first mention of the Canonica S. Mathei de Granaiolo dates back to 1260, and already during the 1300s its condition had descended. It was certainly transformed on several occasions by the various Florentine families whose patronage succeeded one after another (the Frescobaldi family until 1486, then the Corsini family, and finally, in 1562, the Pucci family). To the Pucci family is owed the initiative of the casting of three bells, while in 1717 the restoration of the church was completed, which at that time was "highly indecent." Currently the church of San Matteo can be recognized inside a rural building situated near the Villa Pucci, in San Matteo. Going along the country road internal to Via Niccoli, one can recognize the apse of the rectory of San Matteo, in brick masonry. The small rectangular room, however, is practically uninterpretable, covered on nearly all sides by the buildings of the modern construction complex.
Texts by
Silvia Leporatti / English translation by John Venerella
Related resources
Related places
Gallery 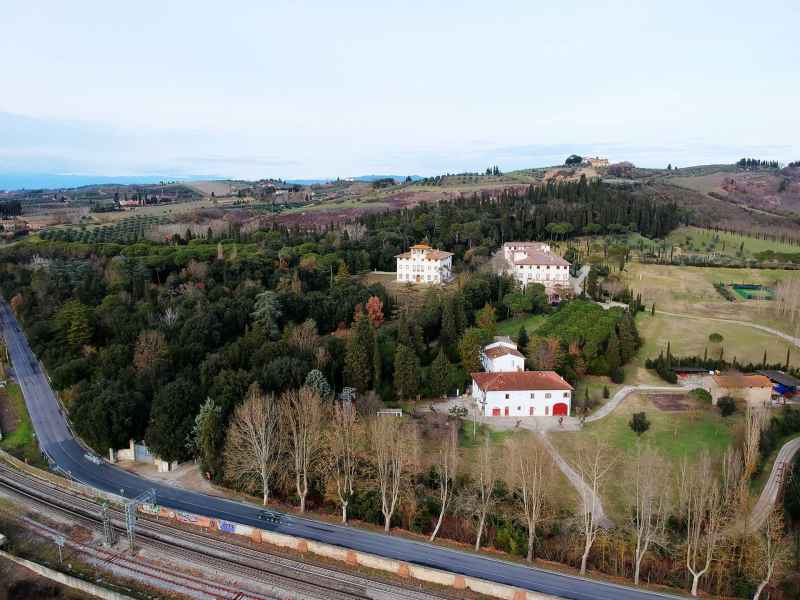 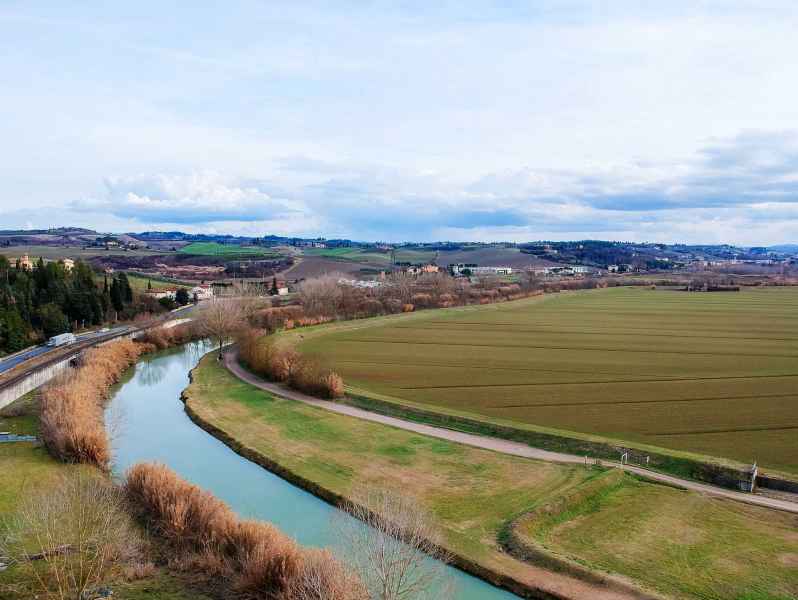 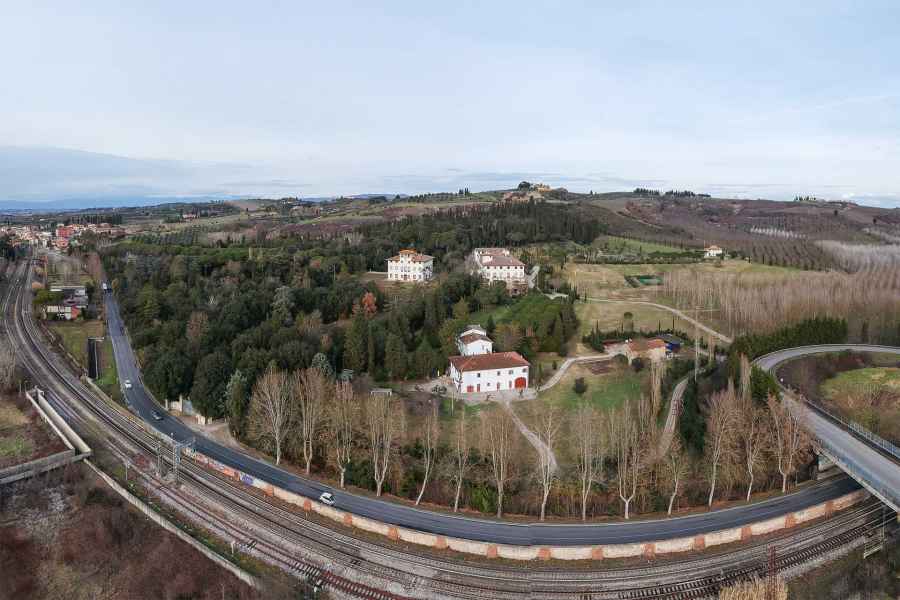 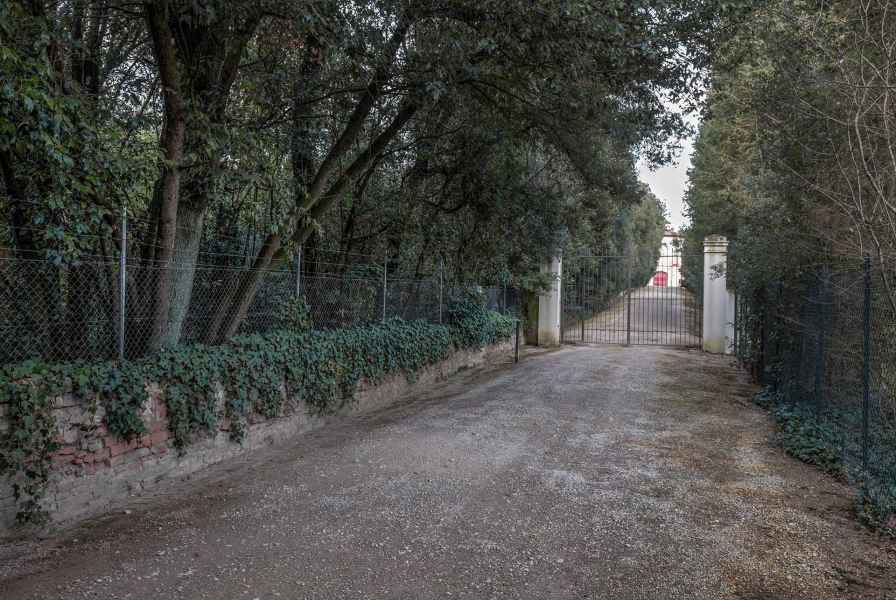