The Vitruvian Man by Mario Ceroli

Mario Ceroli’s Uomo di Vinci (Man of Vinci), is the version donated in 1987 to the city of Leonardo’s birth, of the original work created by the artist twenty years earlier, in 1967, entitled Squilibrio (Imbalance). Ceroli's work offers an interpretation of Leonardo’s renowned work Uomo vitruviano (Vitruvian Man), the image par excellence of the harmony inherent in the balance of proportions. Mario Ceroli’s large wooden sculpture in the round proposes anew the Vitruvian Man, inscribed in a square and a circle, which become, in three dimensions, a cube and a sphere. The voluntary departure from the Leonardian model in Mario Ceroli’s Uomo di Vinci—hence the original title, Squilibrio—would suggest a reflection on contemporary reality, remote from the harmony and balance of the forms of Leonardo's Vitruvian Man.

Leonardo and his Vitruvian Man

The Vitruvian Man is a universal image. At the end of the 1st century BC, the treatise De architectura was written, causing Vitruvius to pass into history. The part dedicated to the proportions of the buildings shows the famous principle of the harmony of each body, which adheres to precise rules, numbers, and canons. This simple principle of ancient art surfaced again during the Renaissance: Leonardo and his contemporaries knew the theme of the canon, which, according to the Vitruvian text, regulated proportions in the figurative arts. Several authors have proposed a graphic version of the Vitruvian canon, but Leonardo’s solution, conserved in the Gallerie dell’Accademia in Venice, is decisively the most correct, the most refined, and, at the same time, the most original. It was, once again, the desire to experiment that led Leonardo to his Vitruvian Man, one of the most famous images in the world. The result of his meticulous research is given by the dual position of the human figure, the one standing and with arms extended, inscribed perfectly in the square, and the other outstretched, with arms and legs spread apart, touching the circumference of the circle. The original solution that Leonardo reached is the one that is most correct, the only one, for example, that respects the Vitruvian canon of the center at the navel. Leonardo arrived to this refined model through his personal and utterly modern way of carrying out research, through tests and experiments that led him to propose, in some anatomical details, measures different from those of the canon, as he himself writes in the text accompanying the drawing. His Vitruvian Man is in fact the most correct, but not an exact reproduction. It is a new, updated version, the result of the desire to know, to experiment, to improve.

The Man of Vinci by Mario Ceroli

The Uomo di Vinci (Man of Vinci) is, first and foremost, an interpretation of the world famous Leonardian image, rendered by Mario Ceroli in three dimensions, as a large, profiled, and assembled lamellar wood sculpture. A wooden figure of Leonardo's Vitruvian Man is inserted into a cube, whose volume is given by the wooden frame, which is inscribed in a spherical frame. The Vincian geometry is deliberately not respected in this work dating back to the year 1967, whose original name was, significantly, Squilibrio (Imbalance). This work derives from the artist's interest in the Renaissance, matured in the 1960s. Among the works created in this period, the Cassa Sistina (the Sistine cashbox) (1966) and L’uomo di Leonardo (Leonardo's Man) (1964), a self-portrait of Ceroli himself in the wooden silhouette of Leonardo's Vitruvian Man, reproduced in two dimensions, on wooden planks. These works already contained some motifs developed later in works on the same theme, such as, in fact, Squilibrio (1967). The "imbalance" of the Mario Ceroli Vitruvian Man is a reference by the artist to contemporary reality’s great remoteness from the harmony and balance governing the universe symbolized by Leonardo's Vitruvian Man.
Texts by
Silvia Leporatti / English translation by John Venerella
Related resources
External links
Gallery 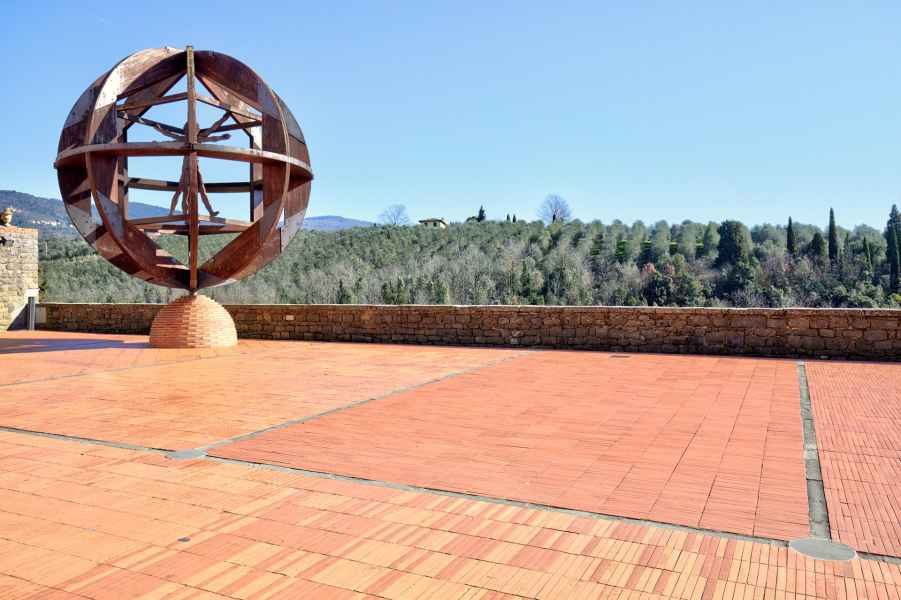 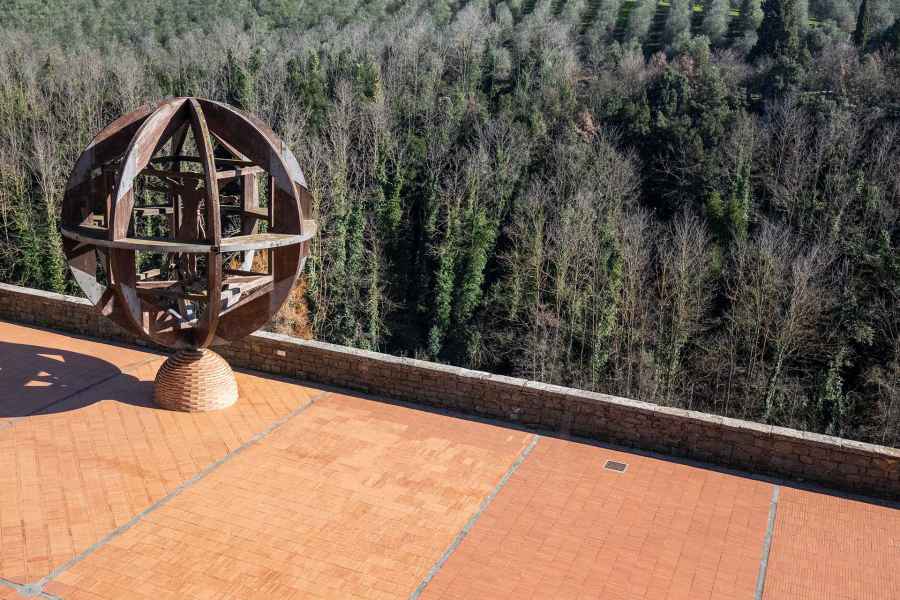 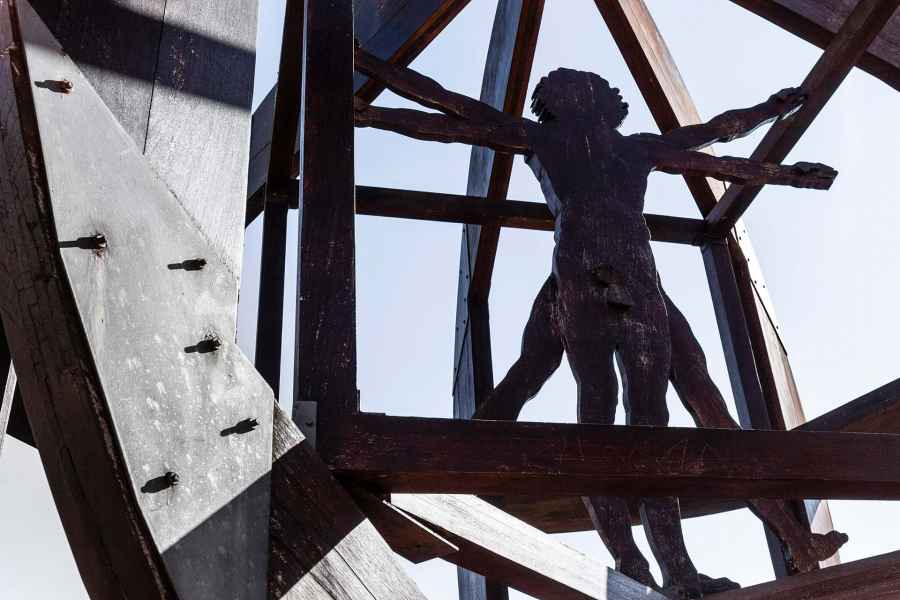