The Biblioteca Leonardiana, headquartered in the castle of the Counts Guidi, is dedicated principally to fruition of the works of Leonardo da Vinci. The library, in fact, was born with Gustavo Uzielli, one of the greatest Leonardo scholars of the second half of the 19th century. Over time it has become one of the most important centers for Leonardo studies, with its collections representing a heritage numbering over 13,000 items. Included are all printed editions of Leonardo’s works, starting from 1651; the facsimile reproductions of manuscripts and drawings; and also a section of sources, texts, and specialized periodicals. The complete collection of Leonardo's work is now digitally available, thanks to the e-Leo project. The digital archive was created with the dual purpose of preserving the documentary material and offering a technologically advanced tool for study of Leonardo's work. In fact, e-Leo allows anyone to consult digital reproductions of thousands of Leonardo's papers and texts, and to use multiple search functions for selecting documentation of interest, as well as tools to refine and personalize one’s research.

The civic collections and the Biblioteca Leonardiana project

At the end of the 19th century Gustavo Uzielli, the scholar and great popularizer of Leonardo's work, ignited interest on the part of the community of Vinci and its municipal institutions in the great scientist to whom this land had given birth. The first acquisition of Leonardian volumes dates back to the year 1872: this is therefore the year of birth of the Biblioteca Leonardiana, even though at that point it did not yet have a headquarters. However, the growing participation of the small town in the affaire Leonardo da Vinci is reflected in the action of Roberto Martelli, elected mayor in 1884, who promoted the idea of a library dedicated to the genius from Vinci. The project would be carried out many decades later; nonetheless, between the late 19th and early 20th centuries, Vinci began to be frequented more and more often by Leonardo da Vinci specialists. The relationship of the community with scholars favored the formation of the first nuclei of Leonardian works: studies, essays, and the first facsimile editions of Leonardo's writings. In 1911 Gustavo Uzielli died. His collection of Leonardian works, at the suggestion of Martelli, was purchased by the town of Vinci.

It was only following the sale of the castle of the Guidi Counts to the municipality of Vinci—it was even planned to create a museum dedicated to Leonardo in its interior—that the possibility of materializing the old project of the Biblioteca Leonardiana became concrete. In 1928 began the work of organization, inventorying, and filing of the material collected up to then. One of the volunteers involved in this work was Renzo Cianchi, the first librarian of the Biblioteca Leonardiana. The library, which could finally have dedicated spaces inside the newly restored castle, was inaugurated in 1939. Renzo Cianchi, who directed the library until 1969, contributed energetically to the expansion of the collections and the dissemination of studies on Leonardo. He was also director of the Museo Leonardiano from the time of its inauguration, in 1953. Cianchi, besides properly administering both institutions, was also an original and tireless Leonardo scholar. As director of the Biblioteca Leonardiana, he had the opportunity to weave relationships with specialists and institutions of the sector, grafting that virtuous circuit composed of elements of knowledge and talent in scientific communication that has made the Biblioteca Leonardiana a reference center at the national level for the study of Leonardo’s work. Among the significant episodes of the new role assumed by the Vincian institution: the involvement of the Gruppo Italiano di Storia delle Scienze, chaired by Vasco Ronchi, who moved to the headquarters of the Biblioteca Leonardiana in 1957; and the series of the Letture Vinciane, a high-profile scientific conference cycle recurring yearly, which began in 1960. In June 1969, the International Symposium held in Florence and in Vinci stood out as an event of great importance for the Biblioteca, which saw constant activity in the promotion of Leonardo studies, also in the historical-scientific field. 1969 was also the year of Renzo Cianchi's taking leave.

The new headquarters of the Biblioteca Leonardiana

Because of the project of transferring the Biblioteca during the 1970s, initiatives slowed down until the momentary interruption of the service, necessary for moving the collections. From the mid-1980s, after moving to its current location, the Biblioteca resumed at full speed, proposing itself to the national and international public of scholars and enthusiasts, not only as a documentary center but also as a reference point for bibliographic research in the area of Leonardo studies. In fact, the Vincian institute promoted the project of publishing the bibliographic resources of the main collections in Italy on Leonardo da Vinci. The project started in 1990 with the publication of the printed catalog by Mauro Guerrini, the Bibliotecha Leonardiana, 1493-1989, reporting the Leonardian collections of the Biblioteca di Vinci, of the Ente Raccolta Vinciana in Milan, and the Raccolta Carlo Viganò at the Università Cattolica del Sacro Cuore in Brescia. The printed catalog has been progressively digitized and merged into the current on-line database.

The library now has more than 13,000 works. Included are: facsimile reproductions of manuscripts and drawings, editions of all printed works starting from the first, 1651 edition of the Trattato della pittura (Treatise on Painting), as well as monographs and contributions of various kinds on the various disciplinary fields of the genius from Vinci's activity, including cinematographic films, posters, geographical maps, photos, slides, radiographs of paintings, and hundreds of press clippings beginning from 1938. It also has a specific section (reference) dedicated to the sources of Leonardo's work and to studies on the 15th and 16th centuries. There are also collections of specialized periodicals, not only strictly on Leonardo, but also on more general arguments, from the history of art to that of science and technology. There are numerous book, documentary, and epistolary collections: the Raccolta Vinciana Uzielli, the collections of Nino Smiraglia-Scognamiglio, Giuseppina Fumagalli, Giambattista Venturi, Giuseppe and Antonio Favaro, Quirino Giani, the Fondo Antico, the aggregated Masetti da Bagnano and Corsi archives. In addition to the Uzielli collection, formed from the legacy of the scholar's private collection, the library holds other collections, all dating back to the late 19th and early 20th centuries. These consist of correspondence between scholars and various volumes, principally on the subject of Leonardo. Among these, it is important to draw attention to the Nino Smiraglia-Scognamiglio collection, composed of 57 volumes on the subject of Leonardo, and the extensive Giuseppina Fumagalli collection, consisting of about 3500 items, including a 20th.

Today the library has an online archive that includes the general catalog of Leonardian works and a bibliographic information tool: BIL: Bibliografia Internazionale Leonardiana (the International Leonardian Bibliography) that systematically updates the bibliographic repertoire of the works by and about Leonardo da Vinci.

e-Leo. The portal to Leonardo's work

Currently the most advanced research tool made available by the Biblioteca Leonardiana is the portal e-Leo, designed to make it possible to consult in digital manner the entire corpus of Leonardo's manuscripts. The ambitious project was born under the direction of Romano Nanni and the Biblioteca Leonardiana, in collaboration with various other academic institutions and under the patronage of the Municipality of Vinci and the Region of Tuscany. On the one hand, the project aims at protection of the documentary heritage, on the other, it proposes itself as an advanced tool for research. The archive of the portal is populated by the corpus of Leonardo's works, for the most part held by the Biblioteca or acquired by third-party institutions. These are digital images of Leonardo's papers, drawings, and texts (original or facsimile), made available for scholars to use in their entirety. To be more specific, is not merely a site offering a collection of images, but a genuine tool for research. The portal is equipped with a series of functions allowing different means of selecting drawings and writings, for example, by means of keywords, or allowing activation of apparatus, such as those displaying a transcription of the writings. On the search tools column of the home page to the e-Leo portal are the functions "Browse", "Index of drawings", "Glossary", and “Search in the text”. The program development project envisages implementing the digital archive, currently dedicated exclusively to the work of Leonardo, also for a wide range of late medieval and Renaissance manuscripts on technical and scientific subjects, allowing treatment using criteria that are the same or similar to those currently used for the e-Leo portal.
Texts by
Silvia Leporatti / English translation by John Venerella
Gallery 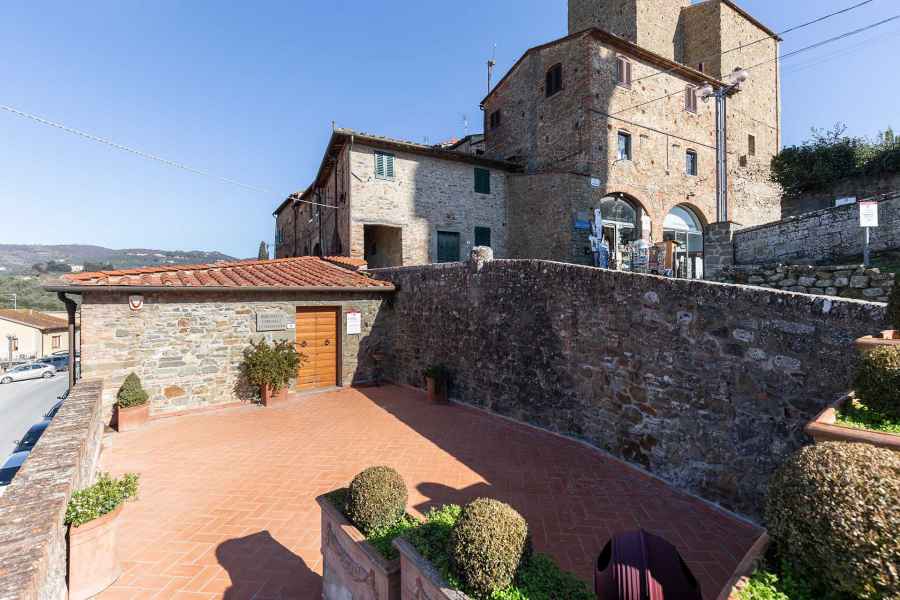 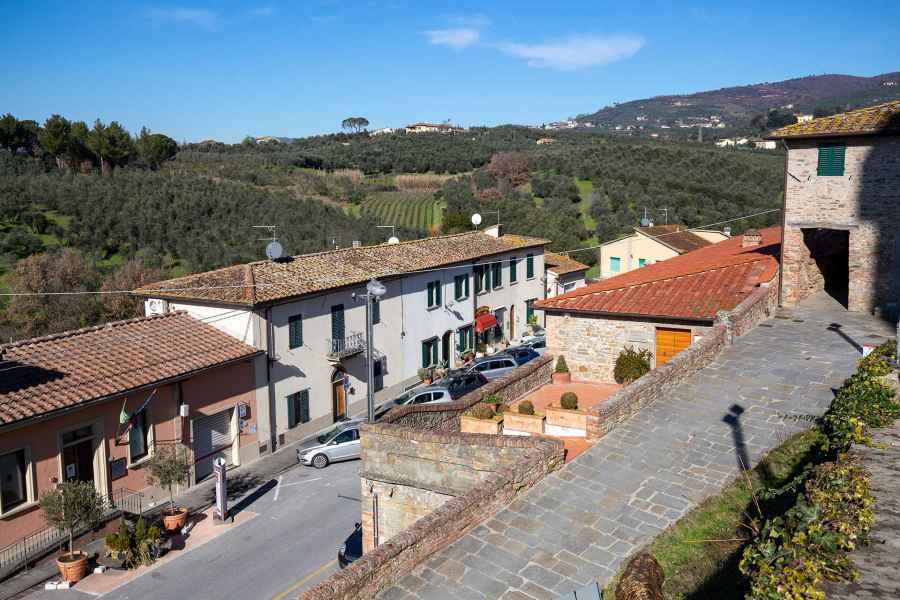 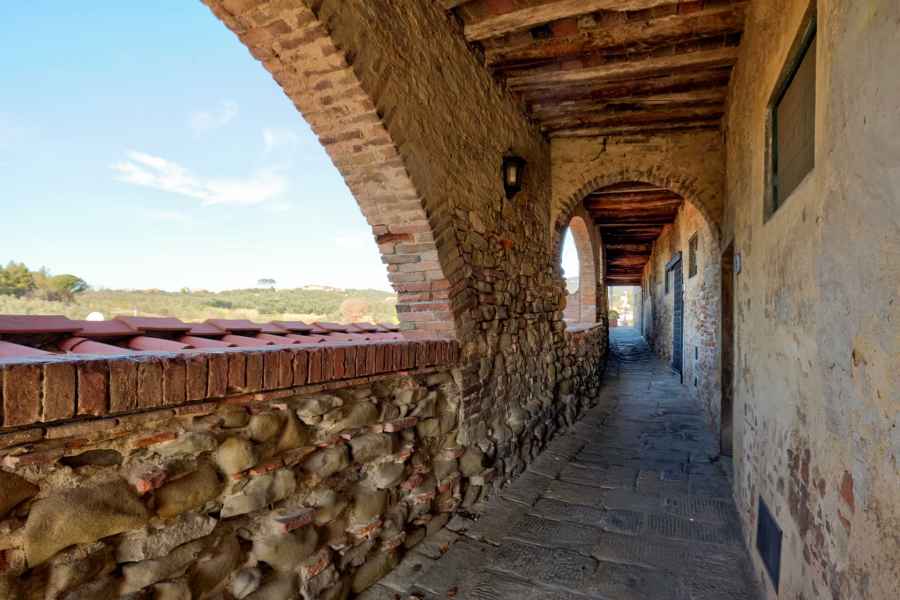 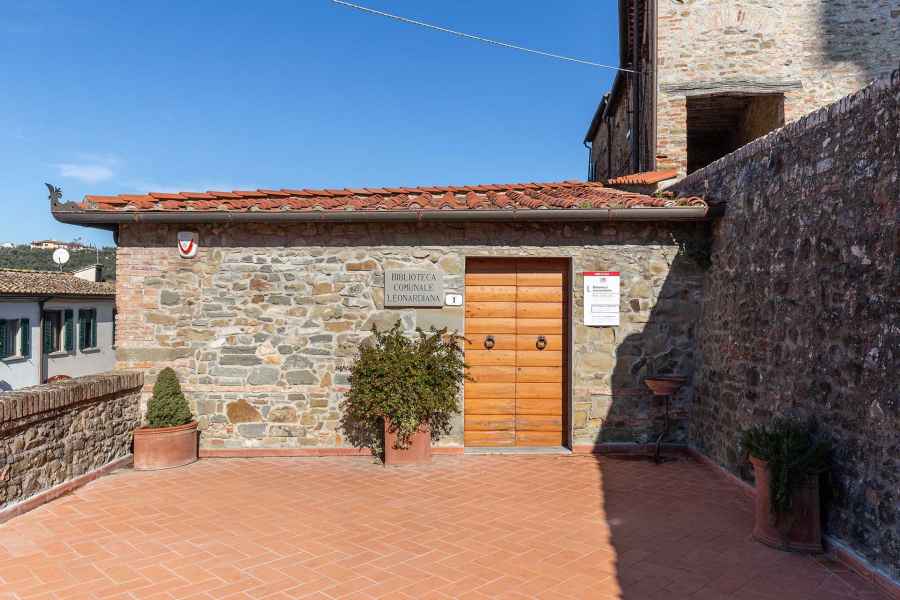 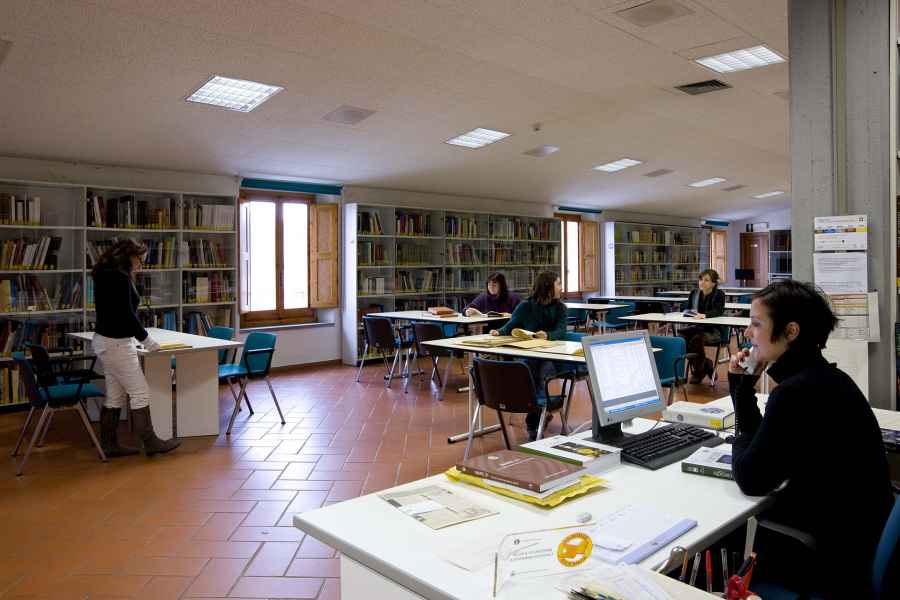 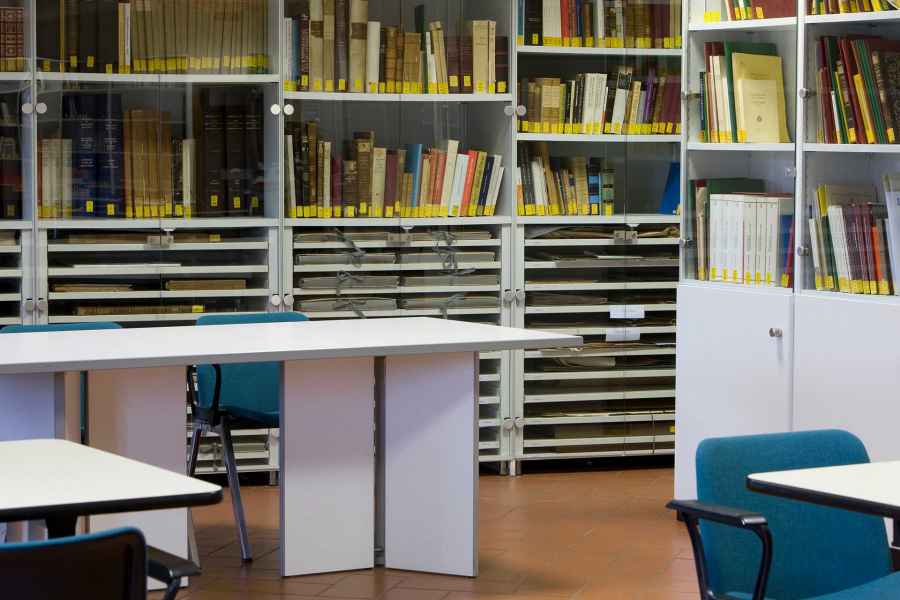 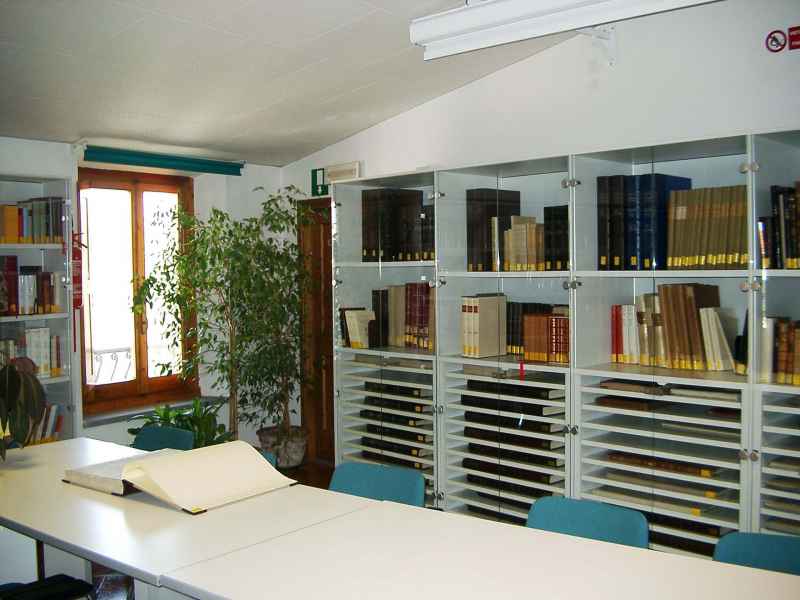 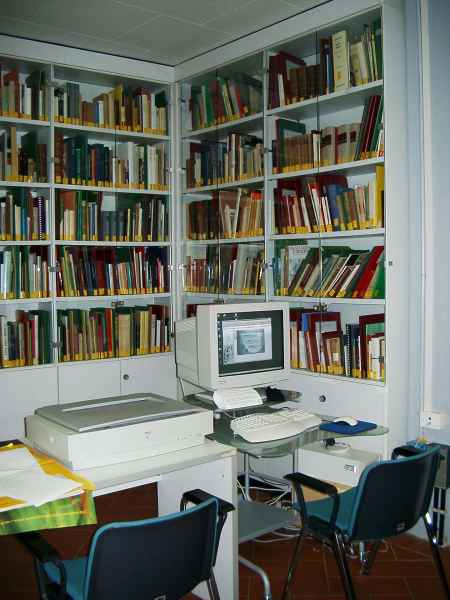 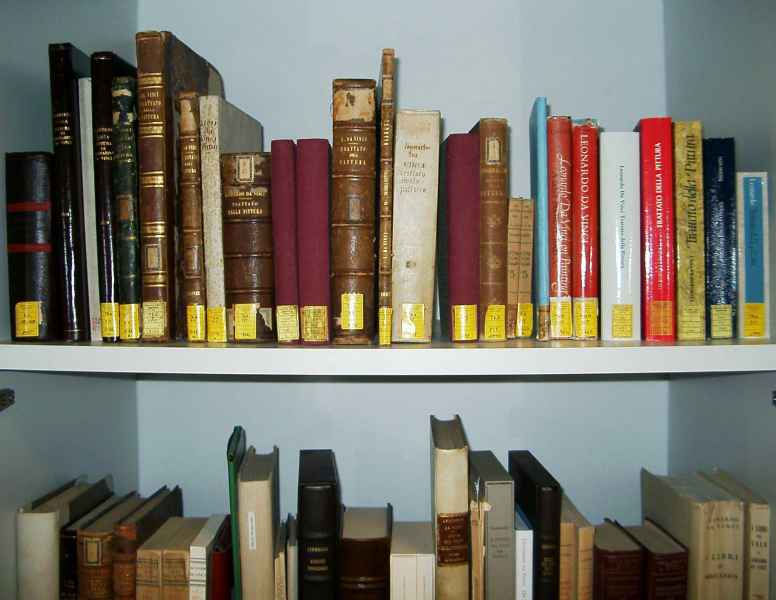