The Arno from the Santa Rosa weir to Peretola

Prior to Leonardo, it was considered an "Island in the Arno". But on the Map of the Catena, dating from 1472, the "Sardigna" is represented as a triangular plot of land, bounded mainly by the Arno, then by the ancient course of the Mugnone, but also by the city walls (in the section corresponding to the Prato d'Ognissanti, between the Porticciola del Prato on the Arno and the corner tower next to the bridge over the Mugnone). The carcasses of animals were abandoned here, and some fulling mills had also been built. Leonardo mentions it not only on folios RL 12678 and RL 12677 (Windsor Castle) but also in Ms. L and the Codex Atlanticus.
At present it is the area between Lungarno Vespucci, Via Curtatone and Borgo Ognissanti.

At the time of Leonardo, the course of the Mugnone had already shifted downstream. It passed in front of Porta al Prato behind today's Fortezza da Basso and flowed into the Arno on the right bank, at the present-day Lungarno Vespucci (between Ponte alla Vittoria and the Comunale Theatre), at a distance from the corner stronghold of the walls calculated by Leonardo as 410 braccia.
Leonardo studies it in the Windsor papers, in the Codex Leicester and on various folios of the Codex Arundel, for example 29v: «Solid stone of Mugnone hollowed out by the water in the shape of vases; it is so precise as to seem a work made by man».
Today the Mugnone flows into the Arno much further downstream, at the Ponte all'Indiano (where the Cascine park ends).

Between the ancient confluence of the Mugnone and the Rifredi with the Arno, Leonardo describes, on map RL 12678, an «island 1600 bracci long and 700 wide, and the water that leaps from Legnaia is 2300 bracci long». This is the zone of today's Isolotto quarter, near Legnaia, on the left bank of the Arno.

Leonardo expressly indicates Ponte alle Mosse on the "Rifredi river" (where instead the Mugnone torrent passes today, after having incorporated the waters of the Rifredi, now called Terzolle, while Rifredi is the name of the quarter) on map RL 12678 (Windsor Castle). And he describes it in incomplete manner on folio 149r of the Codex Arundel.
Ponte alle Mosse is now found in Piazza Puccini, at the crossroads with Via di Ponte alle Mosse, Via Baracca, Via Francesco Redi and Via delle Cascine.

What Leonardo indicates as "Rifredi" was in ancient times the Rivus Frigidus (Rio Freddo, or cold stream). Today it is called Terzolle, and already Leonardo indicates it as "Terzolle" on folio 23r of Madrid Ms. II, in one of the overall maps for the project for the Arno Canal passing through Prato - Pistoia.
Today it is a right tributary of the Mugnone, flowing into it at Ponte di San Donato. At the time of Leonardo, the "Rifredi" followed today's Via delle Cascine, flowing directly into the Arno in the zone of Prato del Quercione - Piazzale Kennedy.
Leonardo studies it on map RL 12678 (Windsor Castle), on folio 271r of the Codex Arundel («When Rifredi strikes against the slow Arno, the Arno's riverbed rises and Rifredi, running fast, consumes it and makes it deepen at once») and in the Codex Leicester (15A-15r).

Leonardo describes in RL 12678 «the island M staiora 825, which at 10 florins per staio equals 8250 florins […]», and indicates the dimensions of the sandbank: «1300 bracci wide is the sandbank here with the 2 widths of the Arno's branches». This is the area to the downstream in today's Cascine Park, where incidentally, in 1325, Castruccio Castracani insulted Florence by organising a race run by prostitutes.

On the banks of "Island M" and at the end of what is drawn in RL 12677 as an "old road" (which starts at Peretola), Leonardo indicates the "house of Ser Amanzo"; it may be the "island house" mentioned on folio 272v of the Codex Arundel.

Leonardo indicates it at the end of the section of "old road" that, starting at the "house of Ser Amanzo" ran across "Island M". The village of Peretola was in fact situated on the ancient "post road" that led to Poggio a Caiano, Pistoia and Lucca (and then from Poggio a Caiano to Vinci).
The Prioriate of Santa Maria a Peretola was united, with its vast property, to the Hospital of Santa Maria Nuova.
At present this area is occupied by the Florence Airport, named for Amerigo Vespucci, whose family came from Peretola. 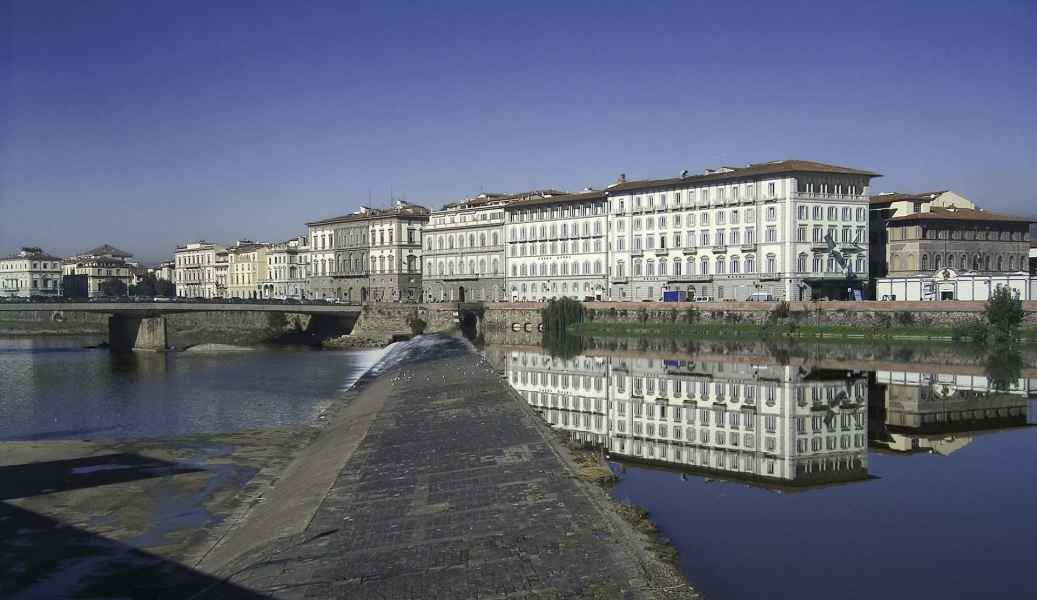 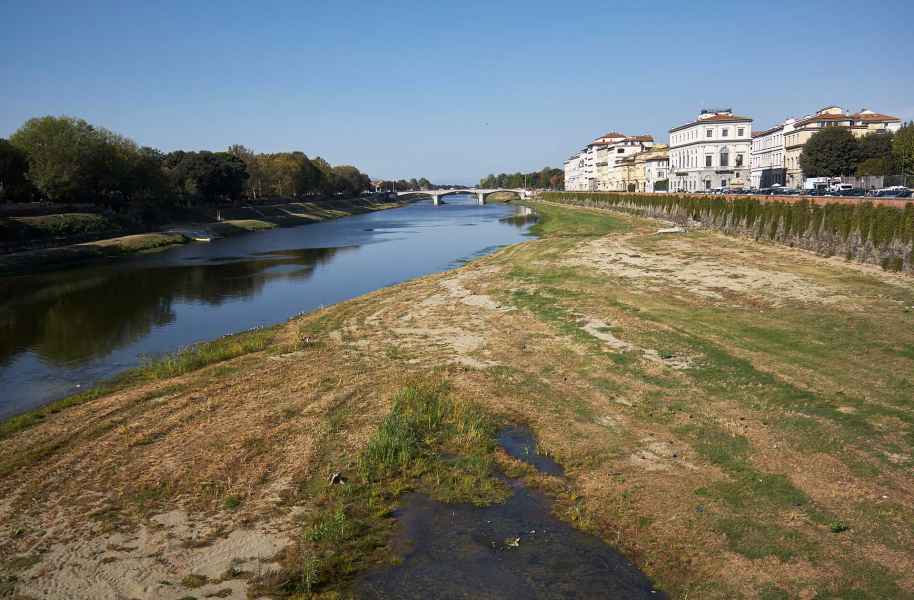 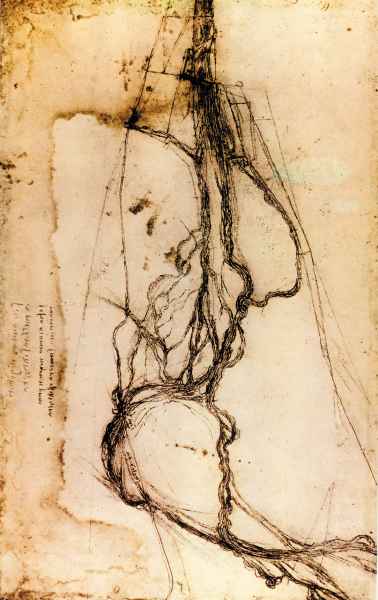 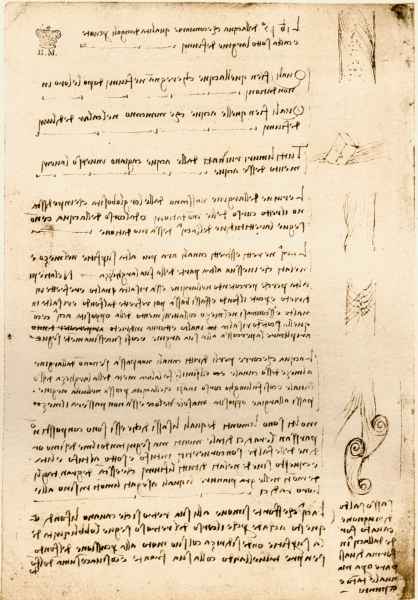 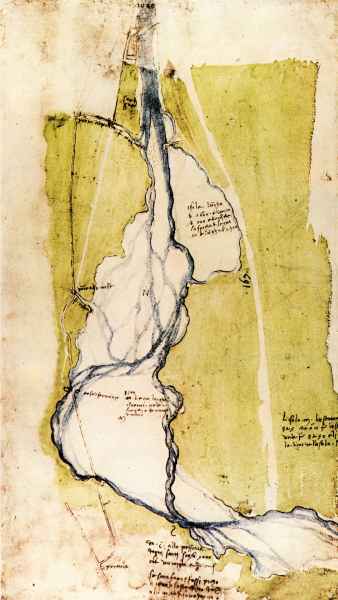 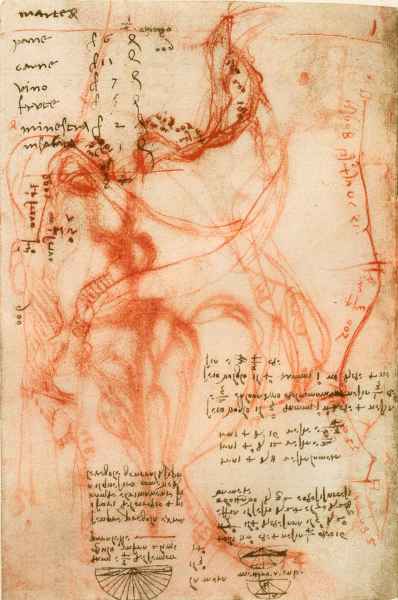 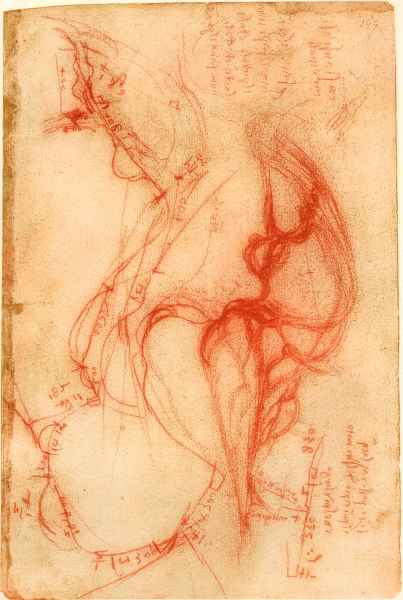 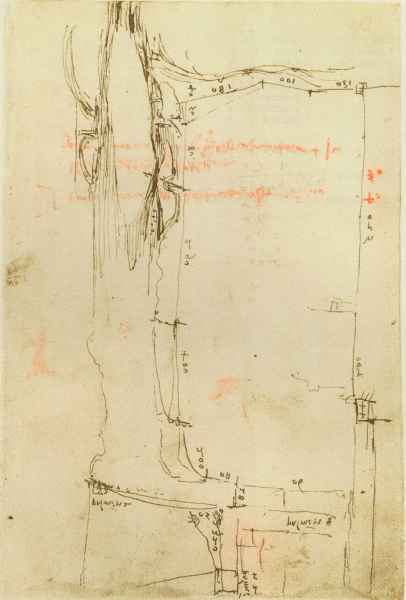 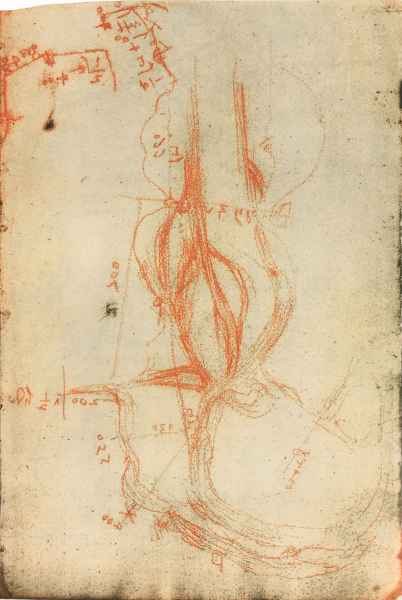 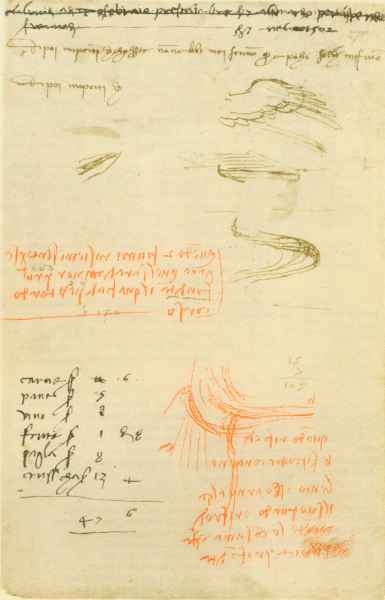 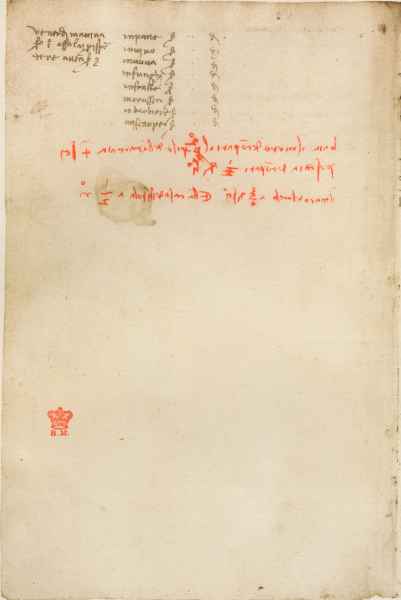 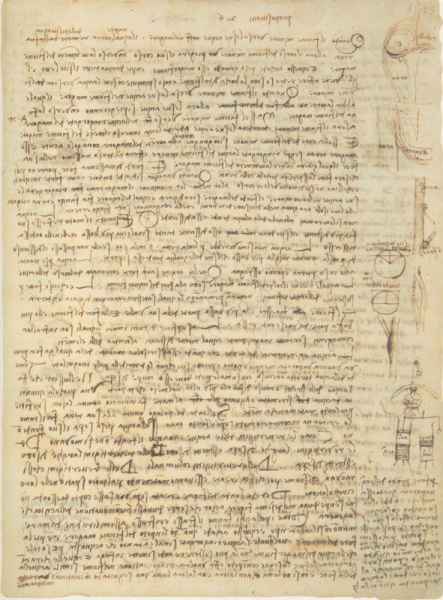