Ser Piero lived in the Popolo di San Firenze from at least August 19, 1457, the date of a liberatio sclavae notarized by Ser Piero «in Populo Sancti Florentii, in domo habitationis mei notarii infrascripti», to October 4, 1462. The house has been identified thanks to a document dated February 7, 1462, in which the boundaries of the building are specified: «in Populo Sancti Florentii, in domo habitationis mei Petri notarii infrascripti, posita in dicto populo, cui a primo via, a II Domine Darie vidue, uxoris olim Iohannis Zuccheri, a III Chiassolino ex parte posteriori […]», that is, in the Popolo di San Firenze, in the house inhabited by myself, Piero, said notary, located in the aforesaid Popolo, bordering on the first side on the street, on the second with Monna Daria, widow, formerly the wife of the late Giovanni Zuccheri, and on the third side with the Chiassolino at the back. It is interesting to note that one of the witnesses, in addition to a certain Amadori and a Buti, was Ser Piero's brother Francesco, indicated as "shoemaker".
Based on recent research conducted by Elisabetta Ulivi, this house was situated in the Popolo di San Firenze, in Borgo dei Greci, in the vicinity of what was then Via del Canestruccio and near the house of the Amadori (the family of Albiera, Ser Piero's first wife).

From October 29, 1462 to March 29, 1464, Ser Piero lived with his wife Albiera in the quarter of Santa Maria Novella, Popolo of Santa Maria Sopra Porta, in proximity to Piazza di Parte Guelfa (which was entered from Via Pellicceria, from Vicolo della Seta and from the Chiasso di San Biagio).
The front of the house bordered on the street, the back on Mario dei Nobili's property, and both sides on the Arte del Cambio, which owned it.
Born in this house, on June 16, 1463, was Antonia, a daughter of Ser Piero and Albiera, who died and was buried on July 21 of the same year in the church of San Biagio (formerly the church of Santa Maria Sopra Porta), where on June 15, 1464 Albiera too was buried, having died in childbirth.
On October 4, 1463 Ser Piero sublet to Donato Franceschi, for five years, a house owned by Leonardo di Guasparre or by Maria Infangati, near the Loggia dei Cerchi in the Santa Croce quarter (Popolo di San Romolo), which he had probably rented for himself, in the uncertainty of whether he could continue living in the house owned by the Arte del Cambio in Santa Maria Sopra Porta.

On January 16, 1467 Ser Piero rented a house from Simone Baroncelli, in the Popolo di San Pier Scheraggio, «situated on Piazza de’ Signori», that is, Piazza della Signoria, bordering on the Chiasso of Messer Bivigliano, Sandro di Bivigliano Raugi, and on Piazza de’ Baroncelli. Here he remained at least until October 12 of the same year, the date of a notarial documents bearing the words, «actum Florentie in Populo Sancti Petri Scheradii, in domo habitationis mei Petri notarii infrascripti», that is, done in Florence in the Popolo di San Pier Scheraggio (the church later encapsulated in the Uffizi Gallery but still visible today), in the house inhabited by myself, Ser Piero the aforesigned notary.
On October 27, 1467 the same house was re-rented to Marco di Angelo Baroncelli, while on the following day Ser Piero was already living and working in the house situated in the Popolo di Sant’Apollinare.

On October 28, 1467 in a deed notarized by Ser Piero, we read: «actum Florentie in Populo Sancti Appolinaris, in domo habitationis mei notarii infrascripti», that is, compiled by Ser Piero at his own residence in Sant’Apollinare.
This was already, very probably, the house in which Ser Piero lived until 1480, in the Popolo di Sant’Apollinare, in Via delle Prestanze (also known as Via del Montecomune, or as Sdrucciolo della Dogana), enlarged in the 19th century by the implementation of Poggi's projects for Florence as capital of Italy, and forming the present-day Via dei Gondi. The building belonged to the Arte dei Mercatanti (or Calimala). Ser Piero had sublet it from Michele di Giorgio del Maestro Cristofano and then from Giuliano Gondi. In fact Ser Piero, in the Land Office report of 1480, specified: «I first stayed in a house owned by the Arte de’ Mercatanti […] rented for 30 florins a year. I engage to pay that rental fee to Giuliano Gondi up through next October, 1480».
In 1485 Gondi, who already owned the adjoining house, in which he lived, also bought the houses owned by the Arte dei Mercatanti. He had these buildings demolished and commissioned Giuliano da Sangallo to build the present-day Palazzo Gondi. Work stated on July 29, 1490. Here an inscription recalls: «LEONARDO DA VINCI / LIVED HIS AUSPICIOUS YOUTH / IN A HOUSE OWNED BY THE ARTE DEI MERCATANTI / THAT WAS BOUGHT AND DEMOLISHED BY GIULIANO GONDI / TO BUILD THIS PALACE / AT THE COMPLETION OF WHICH IN MDCCCLXXIV / THE COMMUNE AND THE OWNER BY COMMON ACCORD / DESIRED TO PRESERVE THE MEMORY OF SUCH A NAME / ON THIS FINE AND NOBLE BUILDING / TO ENHANCE ITS DECORUM».
It is interesting to note that Leonardo mentions in the Codex Atlanticus (f. 1024v), among his other friends, Giuliano Gondi, who was engaged in many commercial activities outside of Florence; his sons, in fact, worked in Naples, in Hungary and in Constantinople.

From March 1, 1480 (s.f. 1479) Ser Piero lived in the Popolo di San Pier Maggiore in Via Ghibellina (between Via della Fogna and Via del Pepe, today called Via di Verrazzano and Via del Fico), near the Palazzo del Podestà (the present-day Bargello Museum) as declared in his Land Office report for that year, 1480. This was the house he should have inherited in 1451 according to the terms of the will, drawn up in 1449, of Vanni di Niccolò di Ser Vanni, silk merchant and money-changer. This heredity, at the centre of mysterious vicissitudes, had been the subject of a controversy reported by Leonardo's grandfather, Antonio, to the Land Office in 1457: «And again I find a legacy that was bequeathed to the said Ser Piero my son by Vanni di Niccolò di Ser Vanni, through which he was left lifetime board and the return of the house in which he lived, as appears from the will of the said Vanni, notarized by Ser Filippo di Cristofano. I do not know what was bequeathed, because the heirs of said Vanni di Niccolò di Ser Vanni, who were the monks of San Girolamo da Fiesole, having taken what they wanted with the Pope's dispensation, refused to accept said legacy from the hands of the Archbishop of Florence, and he took everything, and has sold and distributed everything, saying that it was property not legitimately gained, and it is about 6 years since the said Vanni died, and never was anything gained from it, and it has been entirely extinguished and nullified.»
It was here that Ser Piero died, as Leonardo recalls, on July 9, 1504. 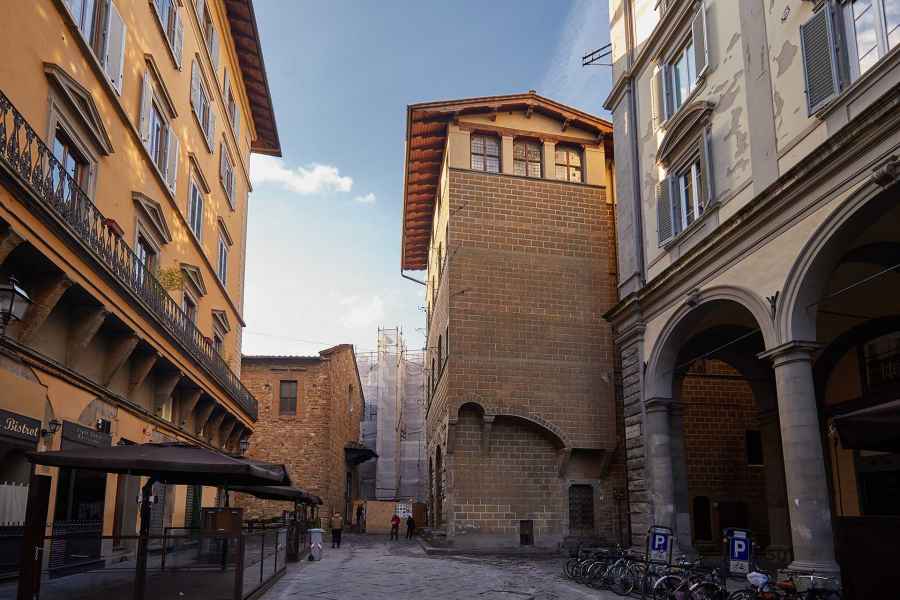 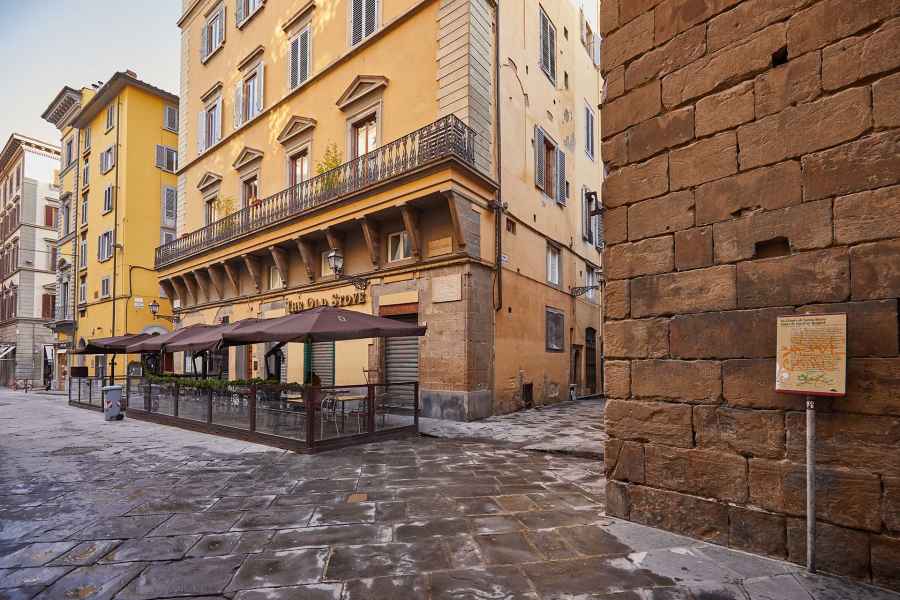 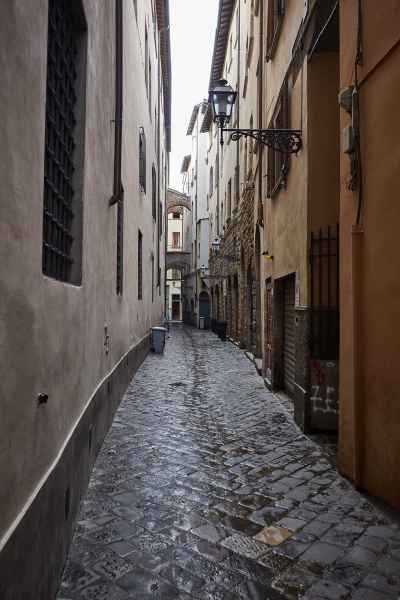 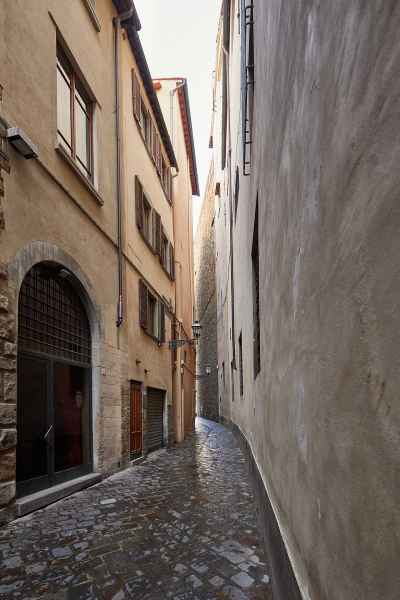 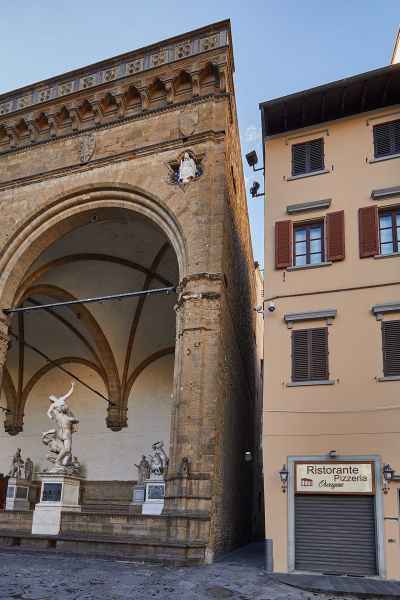 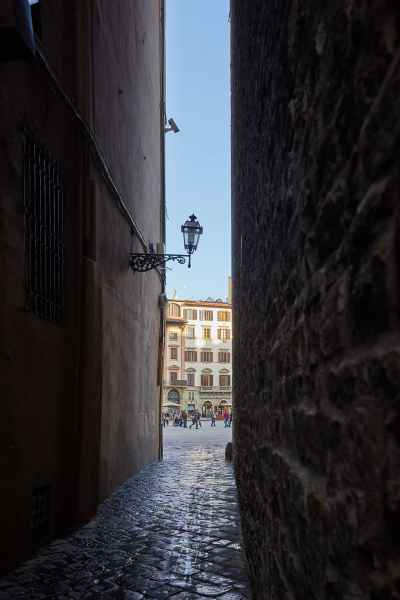 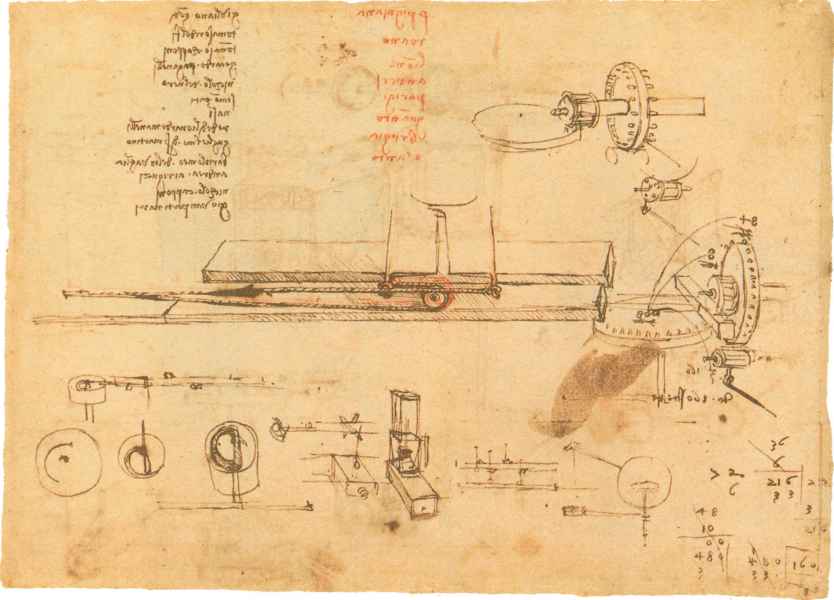