In the Gallerie degli Uffizi, Room 15 is dedicated to Leonardo; in it are found theAnnunciation, theBaptismand theAdoration of the Magi.

The Annunciation is a panel painting in oil (and tempera), 98x217 cm, dating from around 1471-1474. It entered the Uffizi in 1867, coming from the Sacristy of the Church of San Bartolomeo a Monteoliveto, and was attributed to Domenico Ghirlandaio. Concealed in this work are secrets andpentimenti, already partially revealed by scientific examination. The preliminary approach and the first draft are not entirely attributable to Leonardo, but partially to Verrocchio's assistants as well. For instance, the architectural structure on the right must be attributed to the hand of a collaborator, while Leonardo painted the heads of the angel and the Virgin as well as the landscape in the background, sublime examples of his formal refinement.
Already in this painting, as in the Baptism, Leonardo used his technique ofvelatura, executed both by applying fine layers of diluted colour and by spreading the paint with his fingertips.

The Baptism is a panel painting in tempera and oil, 180x152 cm, datable between 1470 and 1475. The panel comes from the church of San Salvi where, since 1515, it had been recorded as the work of Verrocchio. But already some years earlier, in 1510, an "angel by Leonardo da Vinci", which, according to Vasari, may be recognised as the angel on the left, was famous. Vasari, in fact, even records how the master, having recognised his pupil's superiority, «never again wanted to touch colours, indignant that a young boy understood them better than he did». In other parts of the painting too, the hand of Leonardo may be recognised, especially in the lovely landscape, a rare example of descriptive precision. Outstanding painters collaborated on this work, one of whom may have been the young Botticelli. There are enormous differences not only between the heads of the two angels but also between the stiff rigidity of the palm tree and the pictorial fluidity of the earth and water in the background landscape, the mirror of a geological fantasy intended as a cosmic synthesis.

The Adoration of the Magi is a painting done in charcoal and white lead (with parts in oil) on a panel of 243x246 cm, dating from 1481-1482. Commissioned of Leonardo by the regular canons of Sant’Agostino for the high altar of the Church of San Donato a Scopeto (of which Ser Piero Da Vinci was notary), it remained unfinished in 1482, when Leonardo moved to Milan. His first Florentine period concluded with this work, "a manifesto of painting as historical tension and apex of the intellectual and figurative inquietude in his humanism". This work has been described as a great dynamic machine, complex in its iconography, its perspective background, and its repertory of psychological and symbolic motions, in which there emerges a latent tension between meditation and transcendent pathos, the continuity of history and rebirth. Originally, it hung in Palazzo Benci; recorded in 17th century in the Casino di San Marco among the possessions of Don Antonio de’ Medici and in the Medici Villa of Castello, it entered the Uffizi around 1794.

In this room in the Florentine museum, Leonardo's masterpieces are accompanied by works from the greatest among his contemporaries: Botticelli, Perugino, Filippino Lippi, Lorenzo di Credi, Piero di Cosimo, Antonio and Piero del Pollaiolo.
Noteworthy among the production of workshops and Leonardo's school are the Leda and the Swan (formerly in the Spiridon Collection, acquired by Hermann Göring for Hitler and brought back to Italy after the war) and the Narcissus, attributed to Boltraffio or one of his followers.

Cabinet of Drawings and Prints

In the Uffizi's Cabinet of Drawings and Prints, the following drawings and sketches are found (visible only with special permission or on the occasion of exhibitions):

Some drawings conserved in the Uffizi, which have in the past been improperly attributed to Leonardo, are instead by other masters his contemporaries, such as Verrocchio and Perugino; in other cases, such as that of Venus and Cupid, collaboration between Leonardo and Verrocchio cannot be excluded.
Other drawings are attributable either to the Florentine Leonardesque school or to the Milanese circle, from which came such figures as Marco d’Oggiono and Francesco Napoletano; of special interest is the Struggle between a dragon and a lion and above all the folio, elaborated by a follower, with "Technological studies" attributable also to a Brunelleschi (the riverboat called "Badalone" operating on wind power and the self-propelled carriage). 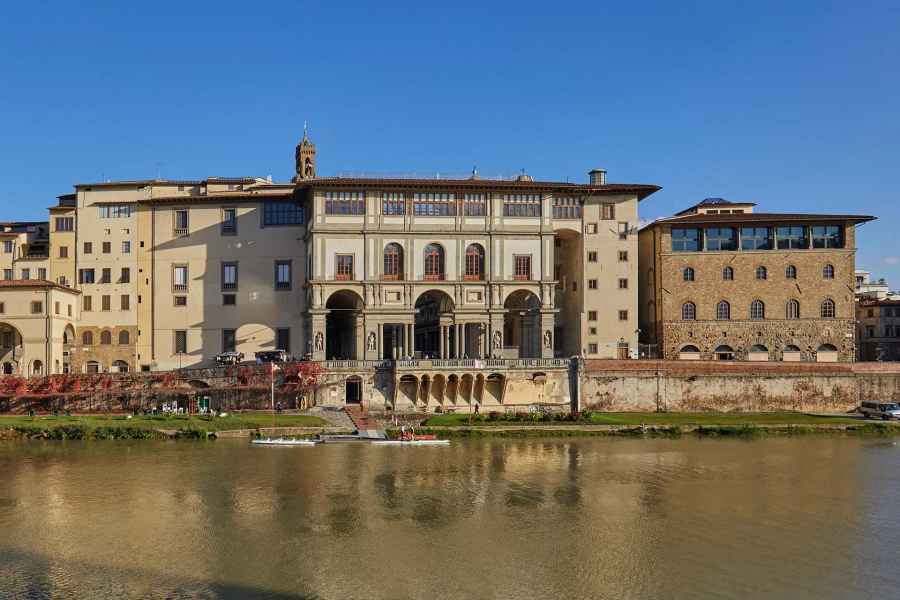 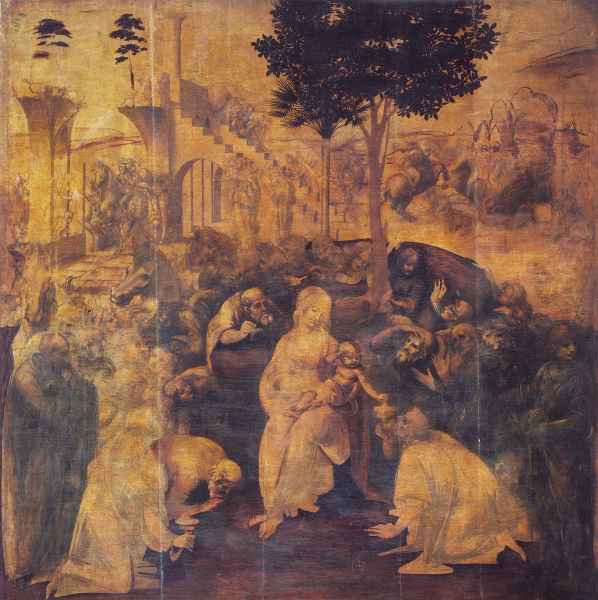 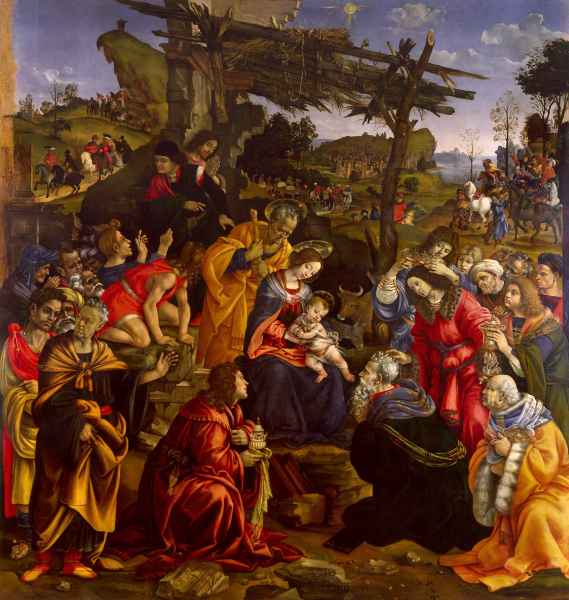 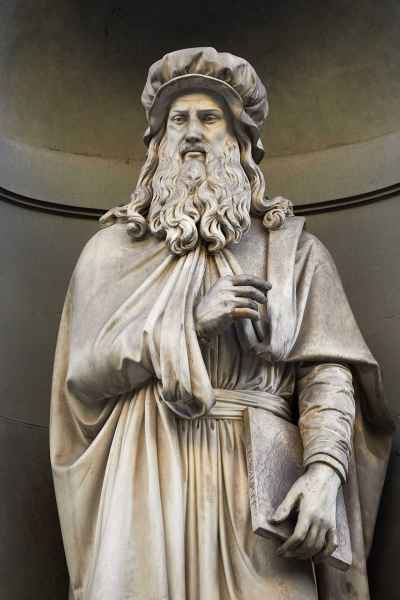